Respect overrides the result for Maguire and Golding 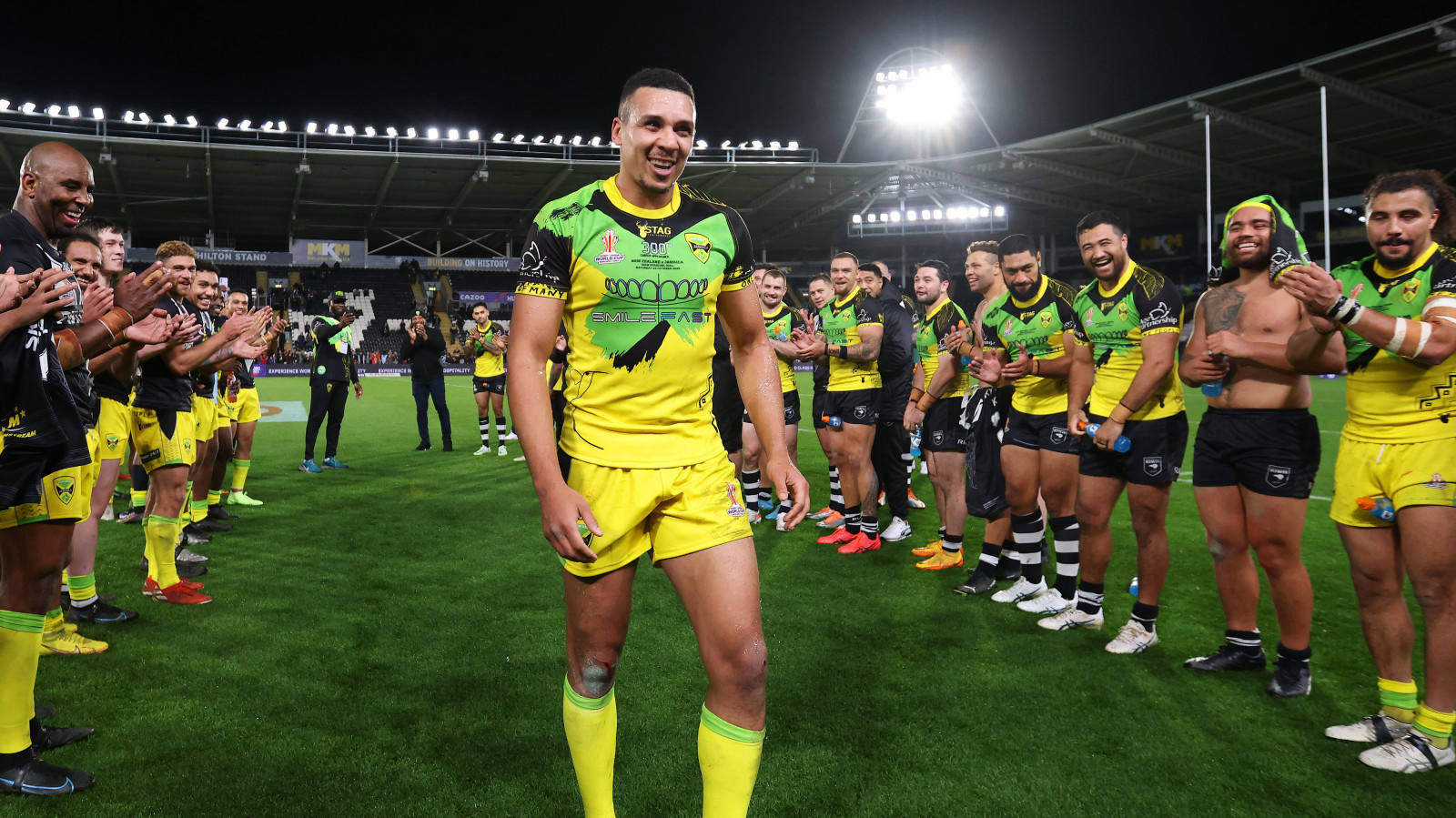 Respect overrides the result for Maguire and Golding

By Megan Armitage at the MKM Stadium

Michael Maguire said there were bigger things at play than just the result after his New Zealand side’s 68-6 defeat of Jamaica in Hull secured their quarter-final spot.

The New Zealand head coach was impressed by his squad's formidable performance but was touched by the pride shown by the Caribbean debutants who mustered their first ever World Cup score in the dying minutes.

Dallin Watene-Zelezniak shone with an incredible four tries for the Kiwis who crossed 13 times in total, but a fatigued Jamaica somehow saved their best for last when Ben Jones-Bishop wrote his name into the record books in his 300th career game.

And Maguire was proud to see the respect between the two teams after the whistle blew with Jones-Bishop receiving a guard of honour from both sides before the Reggae Warriors battled it out to swap shirts with their opponents to take home a prized memento.

He said: "We definitely got what we needed out of that, it was pleasing to see what we got some really good tries.

"Yes, our lads were disappointed to get a try scored against them but to see the passion of the Jamaicans and how happy they were, I think the boys will remember in time that it was about more than the game tonight.

"[James Fisher-Harris] was just talking about how they all swapped jerseys and did a guard of honour at the end there and there was quite a funny moment where the Jamaicans were running [around] and talking about which players they got to swap with.

"It just shows the pure respect between the two teams, and I mean there was a fair bit of history made out there tonight."

Maguire's side showed exactly why they are the top ranked team in the world as they flew out of the blocks and never let up against a spirited but ultimately outclassed Jamaica.

Watene-Zelezniak brought up his hat-trick within 20 minutes to earn the player of the match gong in his first international appearance for three years.

New Zealand and Maguire now turn their attention to Ireland before a quarter-final clash against the Group B runners-up.

In the closing stages of the game, it was the Reggae Warriors who had the crowd erupting into applause as Jones-Bishop reacted to Brandon Smith’s fumble from Kieran Rush’s kick and poked the ball over the line before grounding it.

And captain Ashton Golding admitted his overriding emotion was one of pride as his team showcased extreme grit to push through the pain to make history and gain some well-earned respect.

He said: "To cap it off with Ben scoring that try - there couldn't be a more fitting person on his 300th [game], so I only feel pride tonight.

"In those last few minutes, we could have been a blown away but we stuck with it and got that reward.

"There was pure respect out there in the way we're trying to change things.

"We're not going to get respect off the field just because we have a team, we get the opposite and it infuriates me.

"We have to earn that respect on the field, and that comes when we don't die at the back end of the game, but we go and score a try.

"Give us another five years and some more funding and see where we get then."