Maguire: Pleasing improvement but we must keep going into quarters 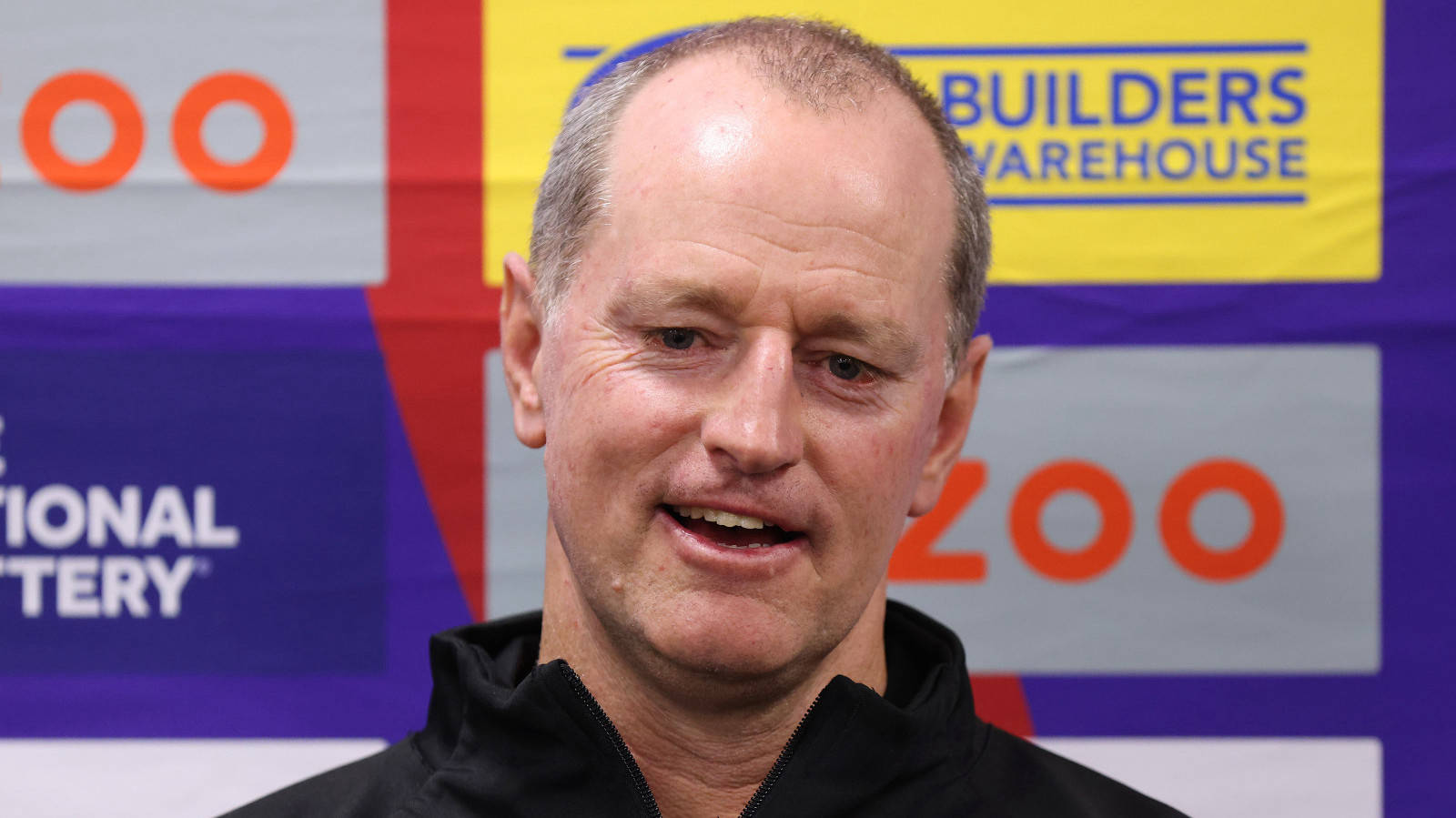 Maguire: Pleasing improvement but we must keep going into quarters

New Zealand coach Michael Maguire was thrilled to see his team brush Jamaica aside but insisted they will not take their foot off the gas after making the quarter-finals.

The Kiwis ran in 13 tries against the Reggae Warriors in Hull, winning 68-6 as player of the match Dallin Watene-Zelezniak stole the show with a 20-point haul that included four tries.

Maguire was pleased to see his charges improve from the test they passed against 12-man Lebanon last time out but knows there is plenty of work to do ahead of their final group game against Ireland and the beginning of the knockout phase.

He said: “We obviously talked about our combinations from our last performance and defensively we had a few challenges there on the short kick-offs but defended them well.

“There were areas in the Lebanon game we definitely wanted to improve on and so to see the tries scored today just shows that our connections are stronger.

“Our completions were still a little bit low at times so that's something we'll be looking into next week.

“Our defence was really strong at times which I was happy to see. The boys stepped up and did what they needed to do but we'll be back to work after this week to go again.”

New Zealand Warriors wing Watene-Zelezniak collected a hat-trick in the first 19 minutes to blow the Reggae Warriors away.

The world’s No.1 side continued to pile on the points but Maguire insisted they never had records on their mind as they eventually fell just short of beating their biggest ever victory which came at the 2000 World Cup when they beat Cook Islands 84-10.

Maguire added: “We don't really look at records and we didn't speak about that it was more playing the style we wanted to [focus on].

“I think Dallin stepped up brilliantly and he's definitely got it, which is good to see, his experience is excellent and alongside that the mix of the group we have at the moment is what makes is strong.”

The Kiwis may have fallen short of writing themselves into the record books but the Reggae Warriors succeeded where they couldn’t thanks to Ben Jones-Bishop’s emotional late score.

The two-time Super League champion with Leeds Rhinos had the honour of becoming Jamaica’s first World Cup try-scorer, fittingly on the occasion of his 300th career appearance for which he received a guard of honour from both sides of the match.

Maguire admitted his relentlessly competitive side were not best pleased to concede in the final minutes but didn’t begrudge their opponents’ record-breaking achievement which received the loudest cheer on the night.

“They were disappointed to get a try scored against them but to have the try with that passion then you can't really complain.

“I mean there was a fair bit of history out there tonight.”

Watene-Zelezniak’s heroics were even more impressive given it was his first New Zealand appearance since 2019, something he thinks highlights the squad’s strength in depth as they look to match the 2008 side that went on to lift the World Cup.

He said: “There were some fun times out there and I haven't had a game like that in a while.

"Everyone did their job, we have a big thing about knowing your role so that's a good thing about the pure depth of our team."