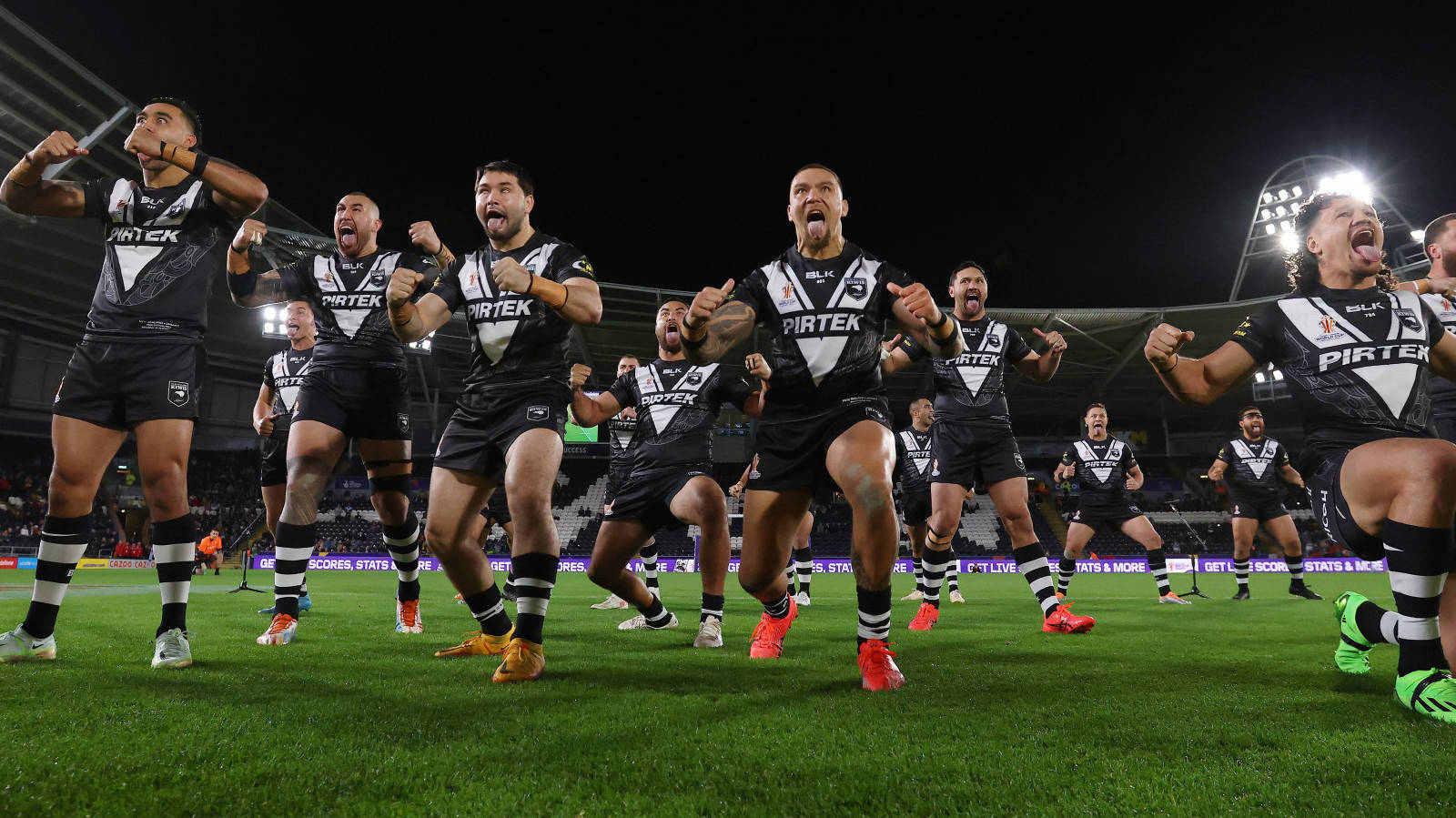 By Megan Armitage at MKM Stadium

Dazzling Dallin Watene-Zelezniak lit up the night skies of Hull with four tries as New Zealand's emphatic 68-6 victory over Jamaica booked their spot in the quarter-finals.

The winger also notched two conversions to rack up an incredible 20 points at the MKM Stadium, collecting a hat-trick in the first 19 minutes either side of Peta Hiku's early score.

Marata Niukore and debutant Sebastian Kris also touched down with Jeremy Marshall-King crossing with the last play of the half before adding his second after the break.

Charnze Nicoll-Klokstad, Briton Nikora and a Brandon Smith double added further points for the Kiwis but Jamaica made history in the 76th minute as Ben Jones-Bishop claimed their first ever World Cup try on the occasion of his 300th career game.

Below are the best pictures from tonight's action under the lights in Hull.