Wane feeling the love after England’s win over France 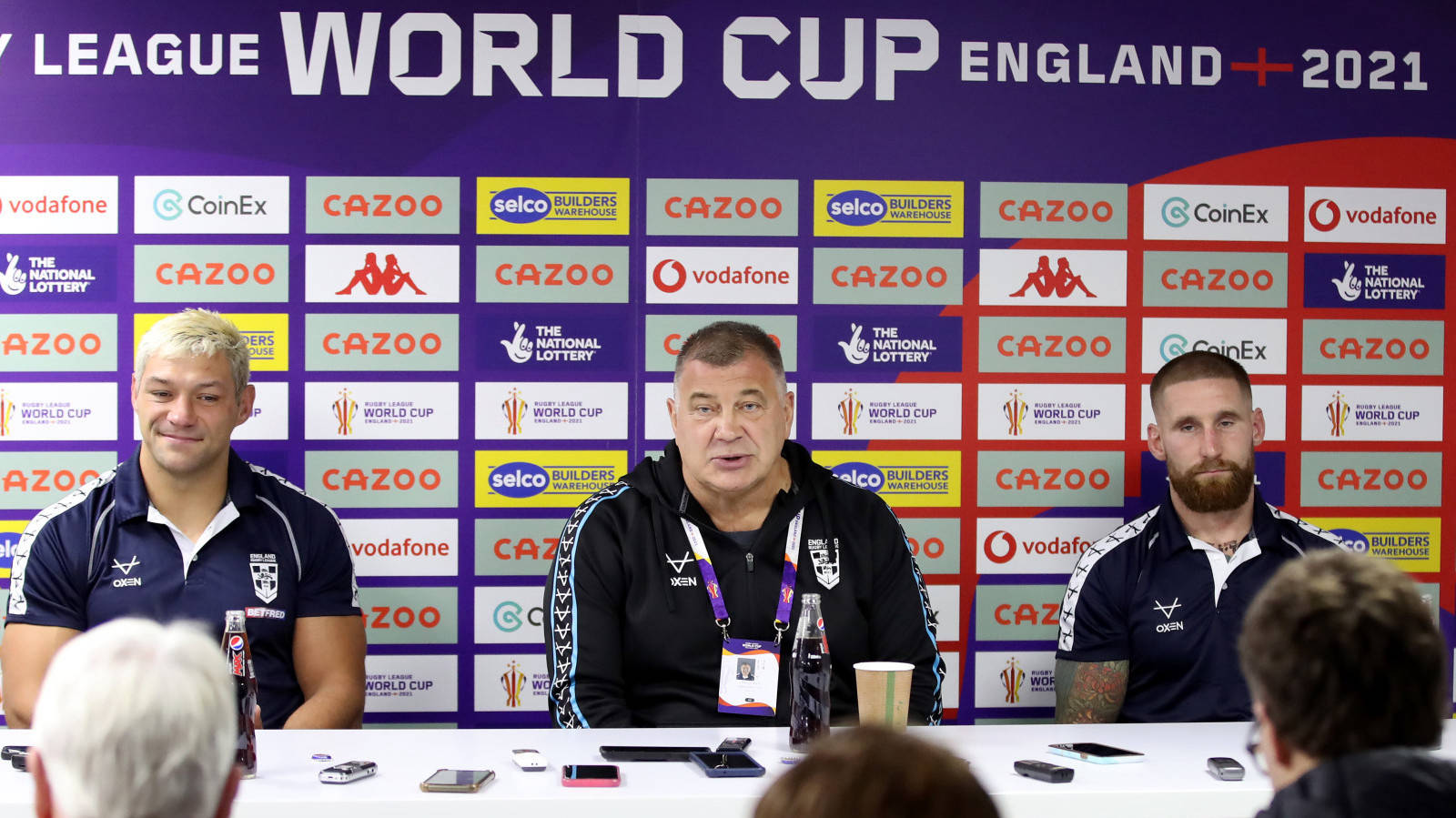 Wane feeling the love after England’s win over France

By Milly McEvoy at the University of Bolton Stadium

Shaun Wane doesn’t want the England party to stop at this World Cup and has urged the home fans to ramp up the noise as his side steam towards the quarter-finals.

The Three Lions ran out 42-18 winners against France to all but guarantee a spot in the last eight, with 23,648 in attendance at the University of Bolton Stadium, the largest-ever crowd to watch England take on France in England.

It followed a dominant 60-6 victory over Samoa to open the Rugby League World Cup and ahead of their final Group A clash against Greece, coach Wane issued a rallying cry to the England fans.

Nobody even gets close.

He said: “It is fantastic. I don’t want to go home, I want to stay in camp with the lads.

“The spirit is good, we have a lot of fun they are really good people to be around and have a beer with.

“Training is good and intense. I am loving this experience of the six to eight weeks with this group just striving for improvement and perfection.

“I’m absolutely loving it, getting up this morning for the match with a great crowd seeing us into the stadium, it is fantastic.

“I am a proud Englishman and it was great to hear the crowd getting behind the team today, the players do hear it and appreciate it.

“I want it to be and louder and I want them to be more intense with the away teams.

"Nevermind integrity, let’s make our country a real cauldron and that’s what the England fans are doing, let’s make it special.”

Ryan Hall became the third-highest try scorer in international rugby league as he crossed for his 37th try in 39 games for England at the beginning of the first half.

Starlet Dom Young continued to show he is a challenger to one day unseat Hall, who he appears to have leapfrogged in Wane's pecking order, as he scored England’s final two tries to make it four for the tournament.

Young’s impressive display, which included a 95-yard intercept that took England to 40 points, put to bed any hopes of a second France fightback after Les Chanticleers had closed the gap to just six points at half-time.

Wane is already looking forward to reviewing England’s performance before they take on Greece at Bramall Lane next Saturday, but still had time to heap praise on Hall who he omitted for the opening win over Samoa.

He added: “He is a good player, I have three fantastic wingers and we are a very proud nation, we’ve got really good players and Ryan is definitely one of them.

“The way he has trained and handled himself since we have been in camp has been impeccable.

“I love him to pieces, I have never said that to him before, I don’t know where that has come from, but I rate him really highly.”