Frayssinous backs England to 'go all the way' 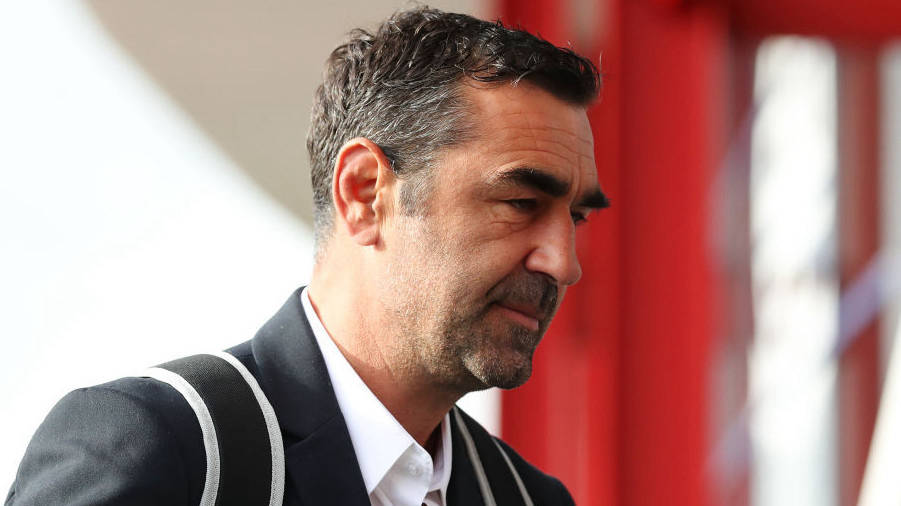 Frayssinous backs England to 'go all the way'

By Milly McEvoy at the University of Bolton Stadium

France head coach Laurent Frayssinous tipped England to win the Rugby League World Cup after his side were beaten 42-18 by the hosts.

The Three Lions are stalking Pool A in the fashion of tournament favourites, running in seven tries to beat Les Chanticleers and make it two wins from two.

Frayssinous believes Shaun Wane’s side are firmly the team to beat.

What was said in the England changing room?

After a nervy end to the first half, the hosts came out firing in the second.

“I think England can go all the way,” he said.

“They have a massive pack of forwards, their back five could be the best in the competition and to think Tommy Makinson didn’t play.

“Their spine is experienced and they are quality players.

The French boss was full of praise for one England player in particular, who crossed early in the second half.

“I am a big fan of Victor Radley,” said Frayssinous.

“He can create space on his own, he can play into space, he knows what to do and when to do stuff, Victor has been impressive.”

France last beat England in 1981 and that never looked like changing at the University of Bolton Stadium.

But the visitors landed a succession of blows in the first half, with Arthur Mourgue and Éloi Pélissier ensuring England’s interval lead stood at just six points.

Frayssinous said: “Our objectives were to challenge England in a few areas and I think that is what we did.

“The first 30 minutes were pretty tough, England put massive pressure on us, we couldn’t get out of our half too much.

“We were patient and the last 10 minutes of the first half is when we got our momentum.

“We came back into the game and but then we conceded some tough tries that is why there was that type of gap on the scoreboard. I don’t think the scoreboard reflected the game.”

This was England’s 21st consecutive victory over their European rivals but Frayssinous is confident his side are closing the gap.

Samoa lie in wait in France’s third pool game and their head coach has seen enough to believe they can beat the Pacific Islanders to seal a second win and advance to the quarter-finals.

He said: “We played England 12 months ago and I can see between then and now there is a massive improvement in the way we play the game and they way we attack, the way we defend.

“We will keep on building, keep on learning and we learned a few things tonight. We will go and play Samoa with some confidence because I believe we deserve some praise for how we have played so far.”