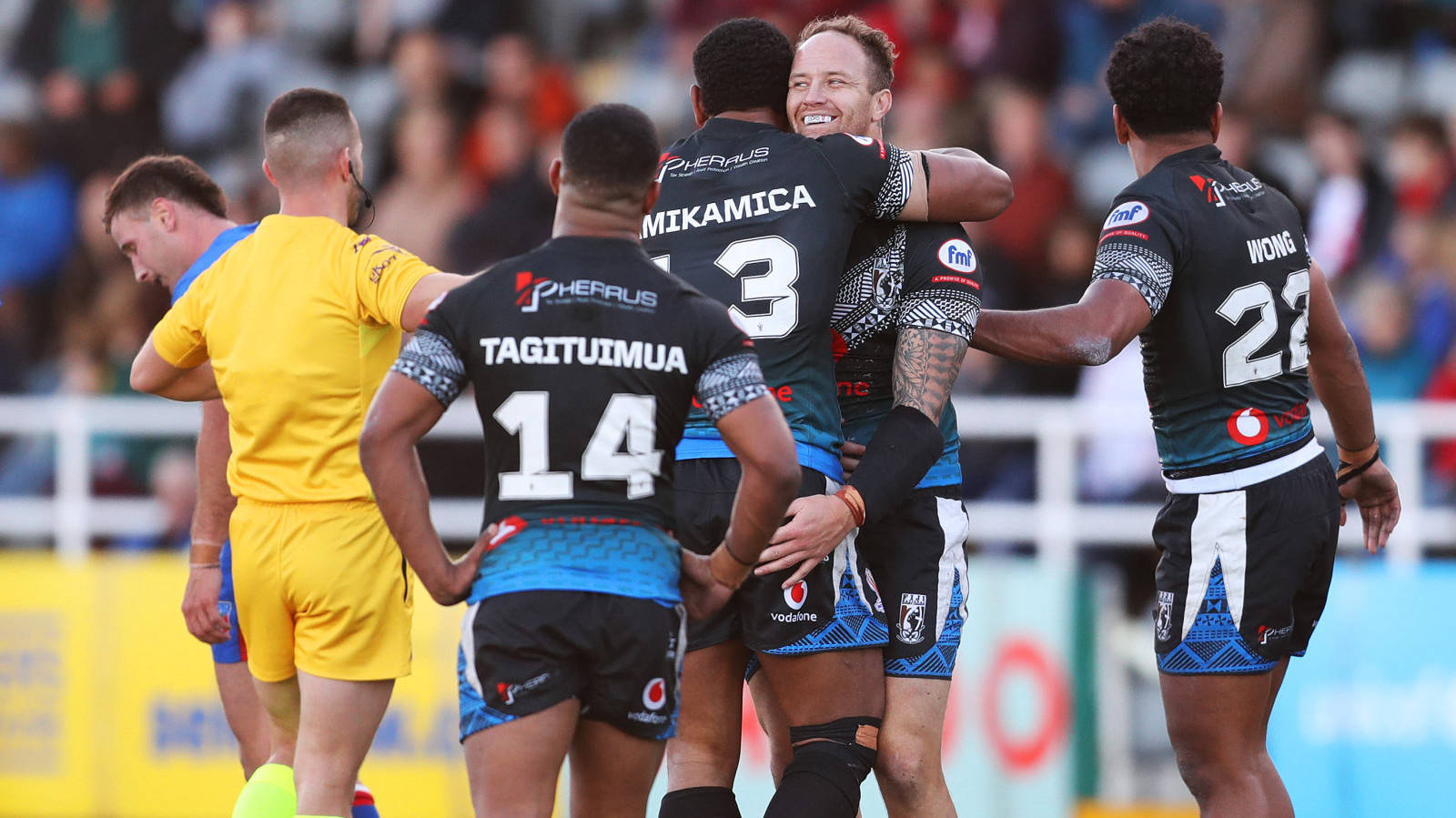 Tui Kamikamica hopes Fiji’s performance in their 60-4 victory over Italy will act as a statement of intent to their Rugby League World Cup rivals as they target another run to the latter stages.

The Bati were beaten by Australia in Round 1 but were on the front foot from the outset at Kingston Park and ran in 10 tries – all of which were converted – over the course of a dominant display.

Viliame Kikau, Penioni Tagituimua and Maika Sivo all crossed twice and vice-captain Kamikamica – who made 125 metres in just 49 minutes on the field – was delighted by the way his side imposed themselves on the contest.

What a start from Fiji!

“We wanted to make a statement and get a win after losing last week,” he said.

“We felt we had a point to prove, 100 per cent. At the last World Cups, we’ve been getting to the semi-finals and now we want to take the next step.

“In the week, we spoke about keeping it simple and we focused more on our defence, so we were pleased to only concede one try.

“They [Italy] have a good spine in the middle but we kept it simple, playing the Fijian style of footy, going through the front door and shifting it out wide.”

Kikau’s early try set the tone for a dominant first half which ended 30-0 in the Bati’s favour, while Sivo came to the fore after the break as Fiji replicated their haul to bring a symmetrical look to the scoreline.

Fiji have taken the first half by storm.

Interim coach Wise Kativerata was similarly content with hard work in training paying off and said: “As a team, it was a great performance

“We spoke about what happened last week. We needed to start really well, work hard on our yardage sets and defend really well.

“If we play to our ability like we did today, we are never going to worry about Italy – we worry about ourselves.”

Italy came into the clash full of confidence following an impressive 28-4 win over Scotland in Round 1 but had only Jake Maizen’s second-half try to show for their efforts – by which time they were 48-0 down.

“There’s no other way to put it than disappointed, especially with the scoreline,” he said. “They [Fiji] played all over us, they were too good.

“We tried hard, we just didn’t get a lot of things right. We had too many errors, our defensive line got split up and we got ripped apart a bit when they had the ball.

“Everything stuck for them today, not much went wrong for them. I don’t think our boys deserved that scoreline for their efforts.

“You get things wrong, that’s footy, but then you have to defend it and we weren’t up to that.

“We needed a better start than that, there’s no two ways about it. Fiji got going straight away and it’s hard to stop the juggernaut then.”