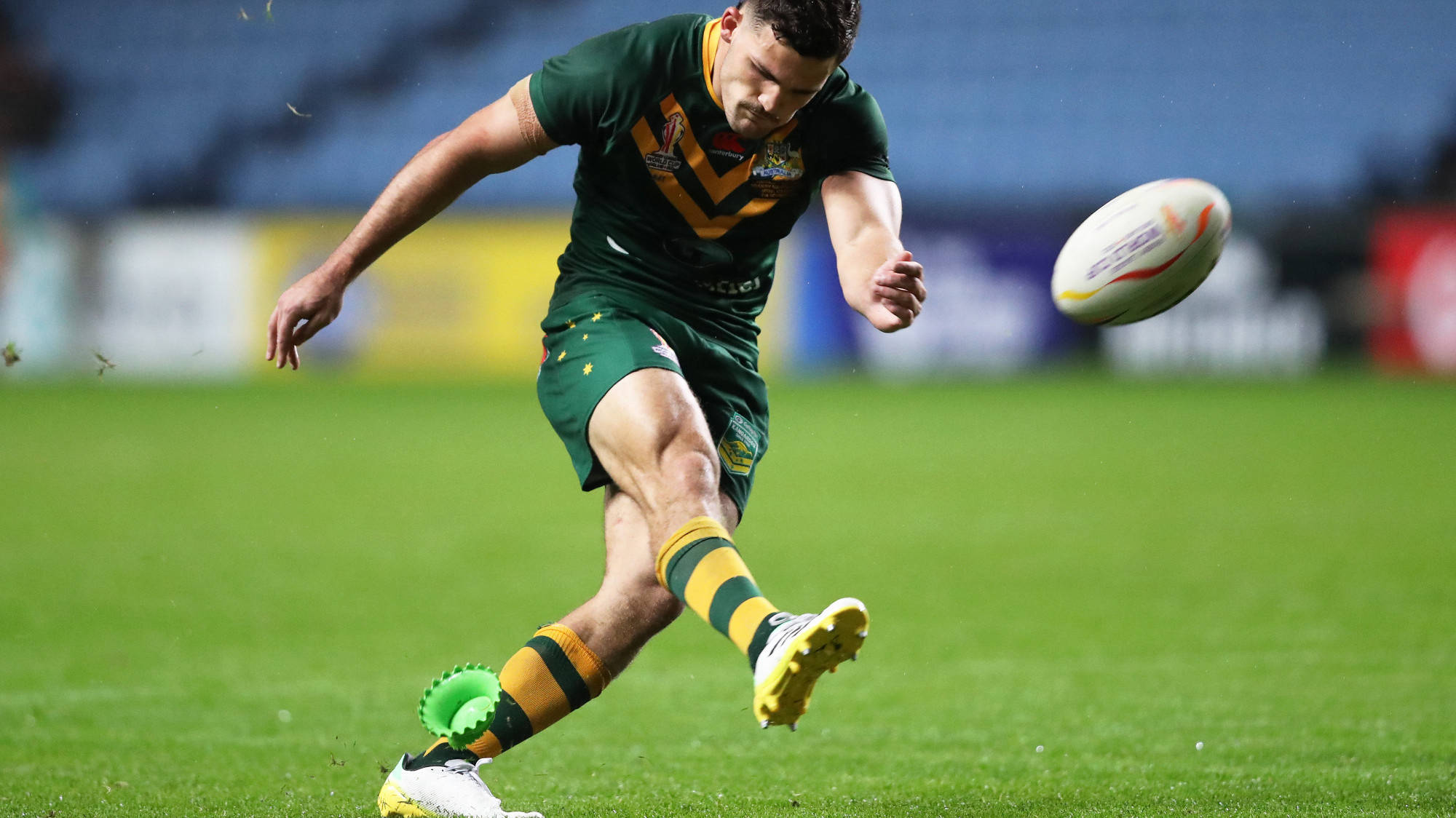 Nathan Cleary insists he’s ignoring all the talk about his selection tussle with Daly Cherry-Evans after a dream Kangaroos debut.

Cleary scored 28 points - just two short of the debut record held by the legendary Andrew Johns - as the defending champions swatted aside Scotland 84-0 in Coventry.

Along with other NRL Grand Finalists, Cleary sat out the opening match against Fiji but fitted straight in as Mal Meninga’s side recorded their second best winning World Cup winning margin against the Bravehearts.

Within 30 minutes, the Penrith Panther No.7 had scored a try and set up three more, finishing the game with 12 goals from 14 attempts.

He said: "I think it's a bit of a media thing, me and Cherry [Daly Cherry-Evans] get along well and I'm enjoying it over here.

"I'm just grateful to be here and enjoying the moment, it's not every day you get to play for Australia.

"I've had a great time getting to know all these boys but you don’t really feel part of the team until you actually play and try to earn their respect.

"I woke up and had a few butterflies in the stomach but once I got to the game and warmed up and looked at the players around me it gave me confidence, I felt I just slipped in and it was great fun."

Meninga has not ruled out playing Cleary and Cherry-Evans together in Australia's final group game against Italy in St Helens next weekend.

And is refusing to be drawn on who is his first-choice halfback.

He said: "It's hard to compare (Cherry-Evans' game against Fiji and Cleary's performance against Scotland). It was very different opposition and we're being really patient with that halfback decision.

"Nathan feels part of the team now, he's in the dressing room talking and joking and he had a great game. That's what we want from our key guys."