What are the teams for Tonga v Wales men at the Rugby League World Cup?

Konrad Hurrell returns for Tonga in a crunch clash against Wales. 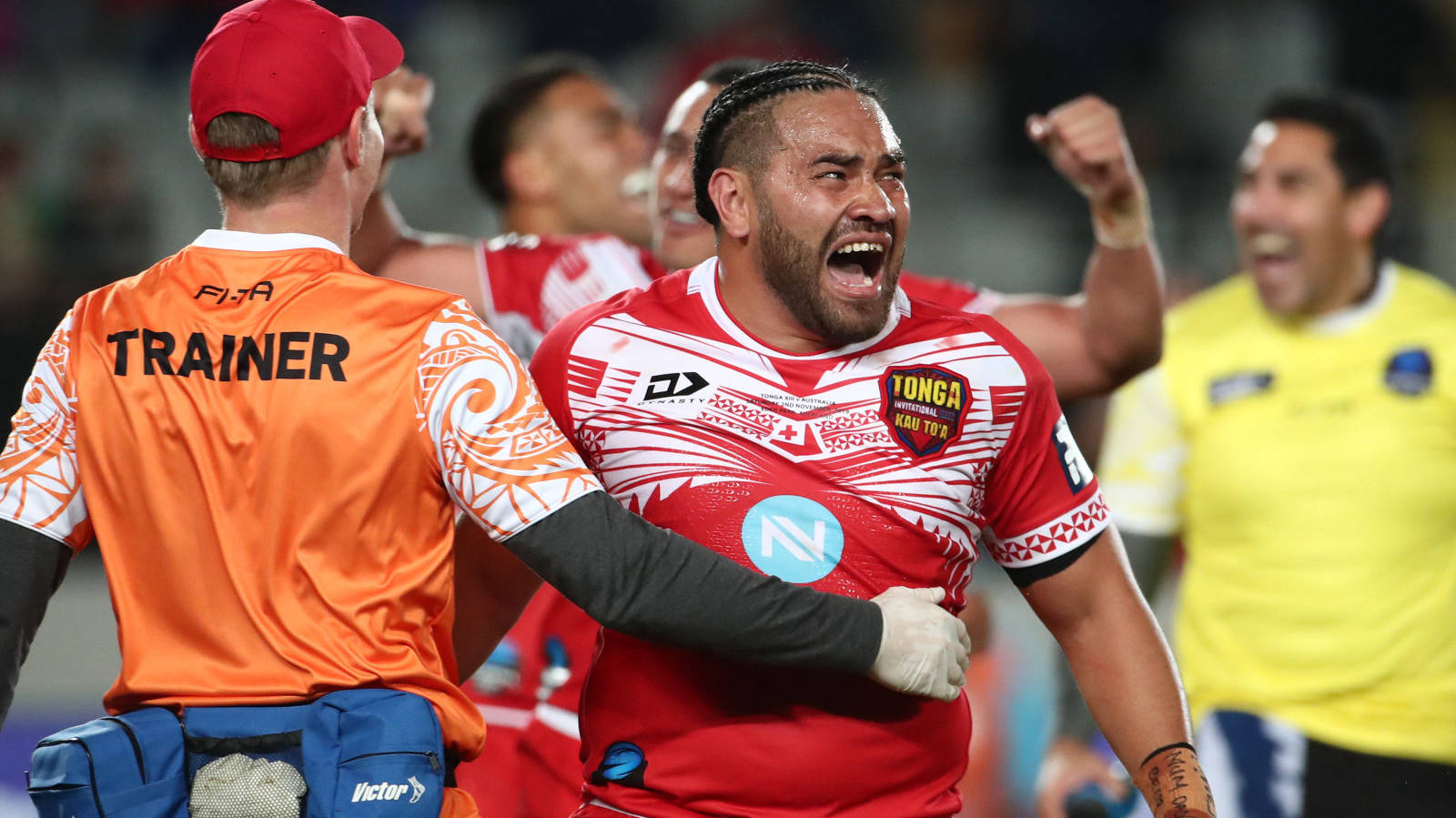 What are the teams for Tonga v Wales men at the Rugby League World Cup?

Konrad Hurrell returns for Tonga in a crunch clash against Wales.

John Kear hailed Wales’ performance against Cook Islands as their “best in a long time” but knows they now need to points on the board against Tonga, to keep their quarter-final hopes alive.

The Dragons went down 18-12 on Wednesday night and now face in-form Tonga, who beat Papua New Guinea in their opening game.

Wales have lost eight consecutive Rugby League World Cup matches and made four changes to their squad as they bid to reverse that trend.

Gavin Bennion, Kyle Evans, James Olds and Luke Thomas are all in and replace Will Evans, Rhodri Lloyd, Ben Evans and Mike Butt.

Tonga welcome back Konrad Hurrell but are again without Will Hopoate, who has a muscle injury, and Jason Taumalolo, who is still suspended.

This will be the first meeting between Tonga and Wales in a full international.

Tonga have had 53% possession across the men’s Rugby League World Cup since the beginning of the 2017 campaign, the third highest of any team at the tournament while only Jamaica (42%) have a lower rate than Wales (43%) in that time.

Tonga have won seven of their last eight games at the men’s Rugby League World Cup and haven’t lost a game during the group stage since a 26-24 loss to Scotland in the opening round of the 2013 tournament.

Wales have lost their last eight consecutive games against teams from the southern hemisphere, conceding 50 points or more in a game on five occasions in that stretch; their last win in such a fixture came in November 2000 against Papua New Guinea (22-8).