Greece next up for Samoa after heavy opening defeat 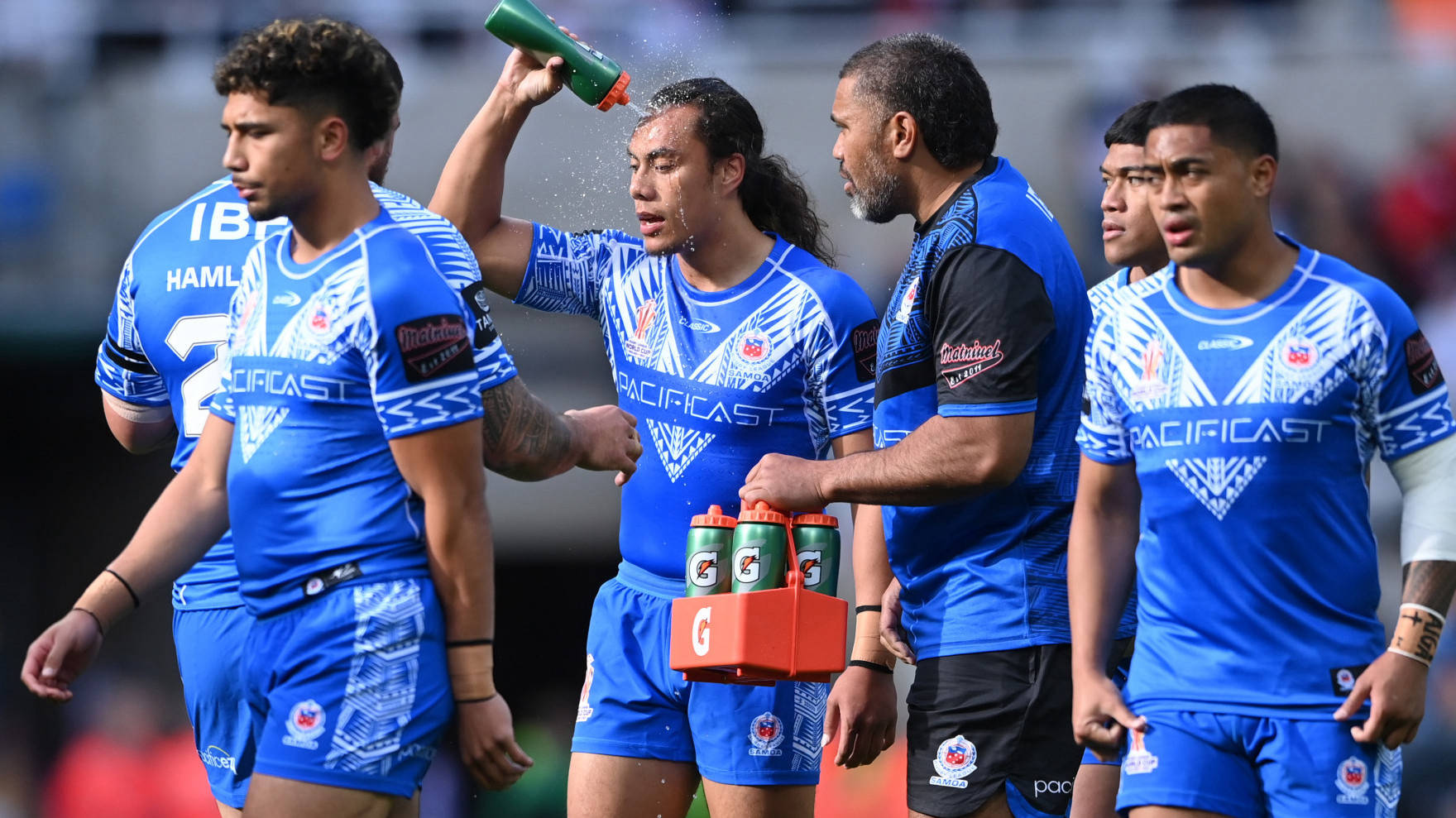 Greece next up for Samoa after heavy opening defeat

As he sat shattered in the changing room after a humbling opening defeat at the Rugby League World Cup, Samoa’s Jarome Luai was certain of one thing – that was a feeling he never wanted to relive.

Tipped as one of the dark horses to win the entire tournament, a Samoa team packed full of recent NRL champions had no answer to hosts England in a 60-6 loss in Newcastle.

That included conceding 42 unanswered points in the second half, leaving them in must-win territory ahead of a clash with World Cup debutants Greece.

If you missed it earlier, where were you?!

And while their limited preparation time was clearly a factor in the loss, Luai and his team intend to use the hurt of the England defeat as motivation for the remainder of the competition.

READ MORE: Team of Round 1

He said: “We’re going to remember the feeling after the England game. We don’t want to feel that way ever again so it’s a motivation for us.

“We don’t know too much about Greece but with every game we play, we want to focus on ourselves, get better with our combinations. We’re looking forward to hopefully bouncing back against Greece.

“We have to take it as (the England game) our warm-up game. We didn’t have a warm-up game like some of the other teams so that’s base mark and where we stand. After that result, we can only get better.

READ MORE: What are the teams for Samoa v Greece?

Samoa’s cause has not been helped by losing Anthony Milford to suspension, while Hamiso Tabuai-Fidow, Braden Hamlin-Uele and Tyrone May are all out injured.

But they will still be heavy favourites against Greece, who were beaten 34-12 by France in their first-ever World Cup match.

The first ever try for Greece at a Rugby League World Cup, historic!

In a country where the sport was only officially deemed legal this year, simply being in England is a victory in itself.

And losing skipper Jordan Meads to the flu will not make things any easier against Samoa.

His place will be taken by Billy Magoulias with coach Steve Georgallis aware of the challenge facing his side.

He said: “We are expecting another tough match against Samoa this weekend and we will need to be at our best for the full 80 minutes.”