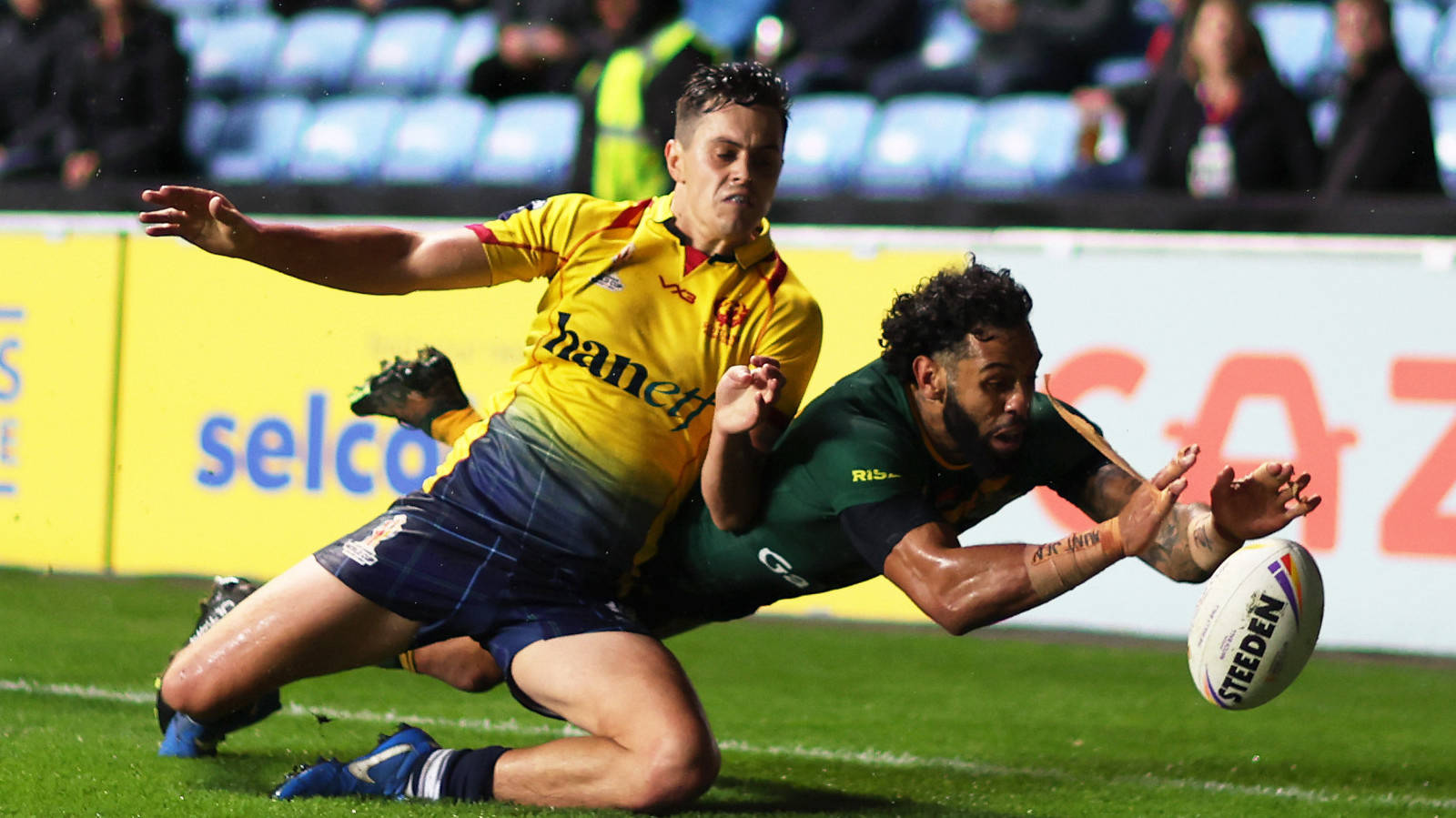 When Josh Addo-Carr said he wanted to prove a point at this Rugby League World Cup he certainly wasn't joking.

The Bulldogs winger is still smarting from his State of Origin snub and took his tournament tally to six with a four-try haul in Australia's 84-0 victory over Scotland.

And it wasn't just how many he scored but how he scored them, his final effort in the closing seconds promptly installed as an early contender for try of the tournament.

Addo-Carr is about more than just sheer pace – despite being one of the fastest wingers in the NRL - and this was a try based on pure footballing smarts, after Matt Burton had acrobatically kept the ball in play.

Few players are more lethal in sight of the try line and Addo-Carr brilliantly chased home his deft kick, muscling out Scotland's retreating defenders in the process.

Coach Mal Meninga registered some specials in the 21 tries he scored for the Kangaroos but admitted this effort eclipsed them all.

"There aren't many tries that rank alongside that one," he said.

"There has been many great tries scored in international rugby league but that is right up there."

Meninga didn't have a bad word to say about this flawless performance, although Scotland are team of part-timers ranked 15th in the world.

Australian captain James Tedesco knows the challenges that lie ahead and is equally staying grounded - even if he is enjoying playing alongside 'Flying Foxx' Addo-Carr in such special form.

"Foxxy does things that other players just can't," he said.

"He's got lightning speed and creates something out of nothing. I can't think of too many players who could have scored that try, it was just brilliant."

Asked about his wonder try Addo-Carr deflected the praise with a grin on his face, though you want your playmakers to play with a swagger that straddles confidence and arrogance in these big tournaments.

"It was a great team performance, the most pleasing thing was keeping them to zero and how we played the Australian way," he said.

"We were tough, resilient, ruthless, there have been great Australian sides in the past but we want to build our own legacy and we are on the right path for doing that.

“It’s always been a goal to win a World Cup and be part of a World Cup. It’s something I haven’t achieved before and I'm loving being part of this team."