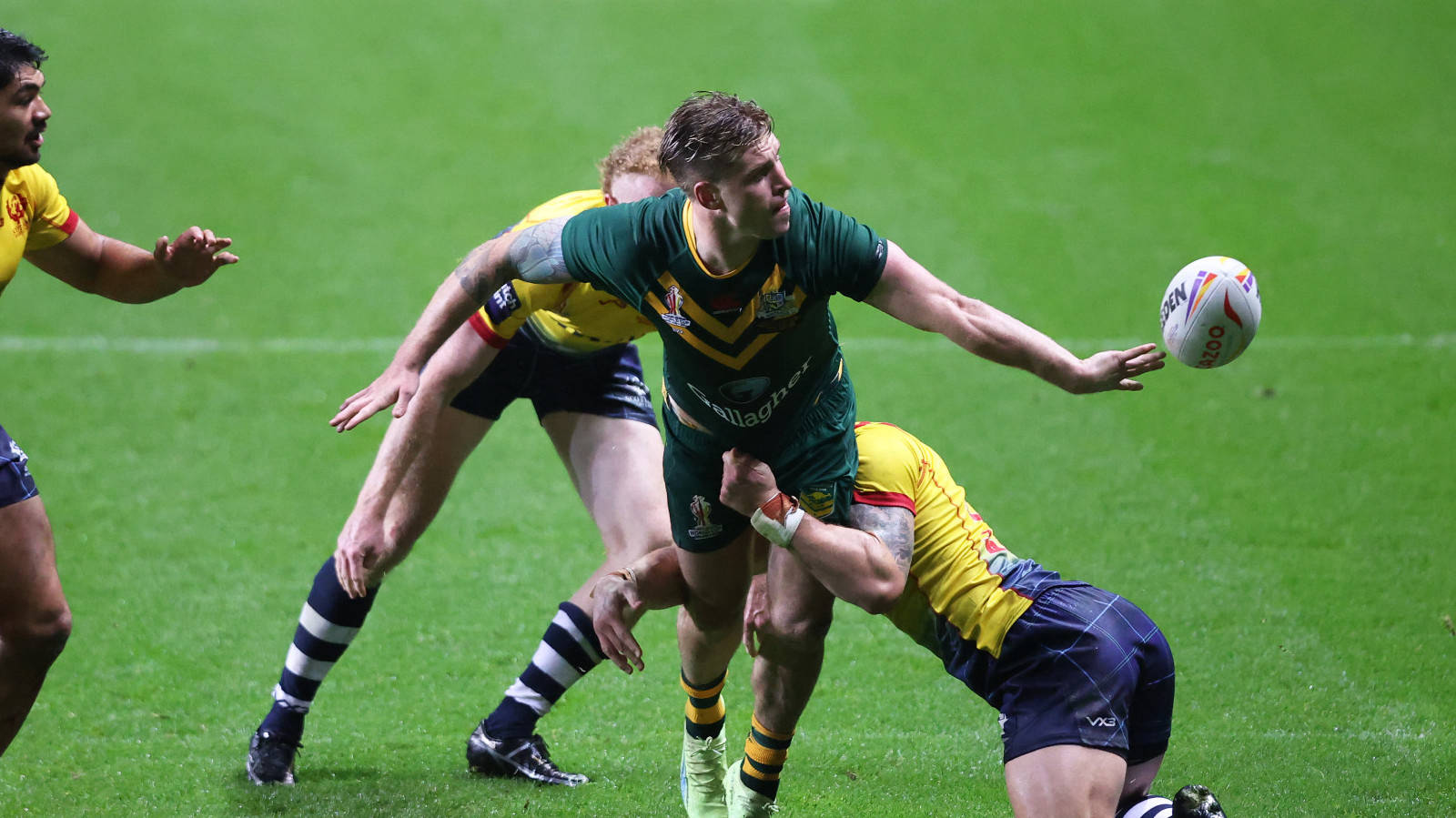 Australia beat Russia by a record 110-4 score in Hull 22 years ago and while this match fell short of that three figure rout, it was their second biggest winning margin in history.

Josh Addo-Carr’s four-try haul and Campbell Graham's hat-trick will hog the headlines while Nathan Cleary surely settled the debate over who is Meninga's first choice half-back with a dazzling debut, kicking 12 conversion out of the 15 tries the Kangaroos piled on.

Here are the best pictures from the Friday night lights in the Midlands.