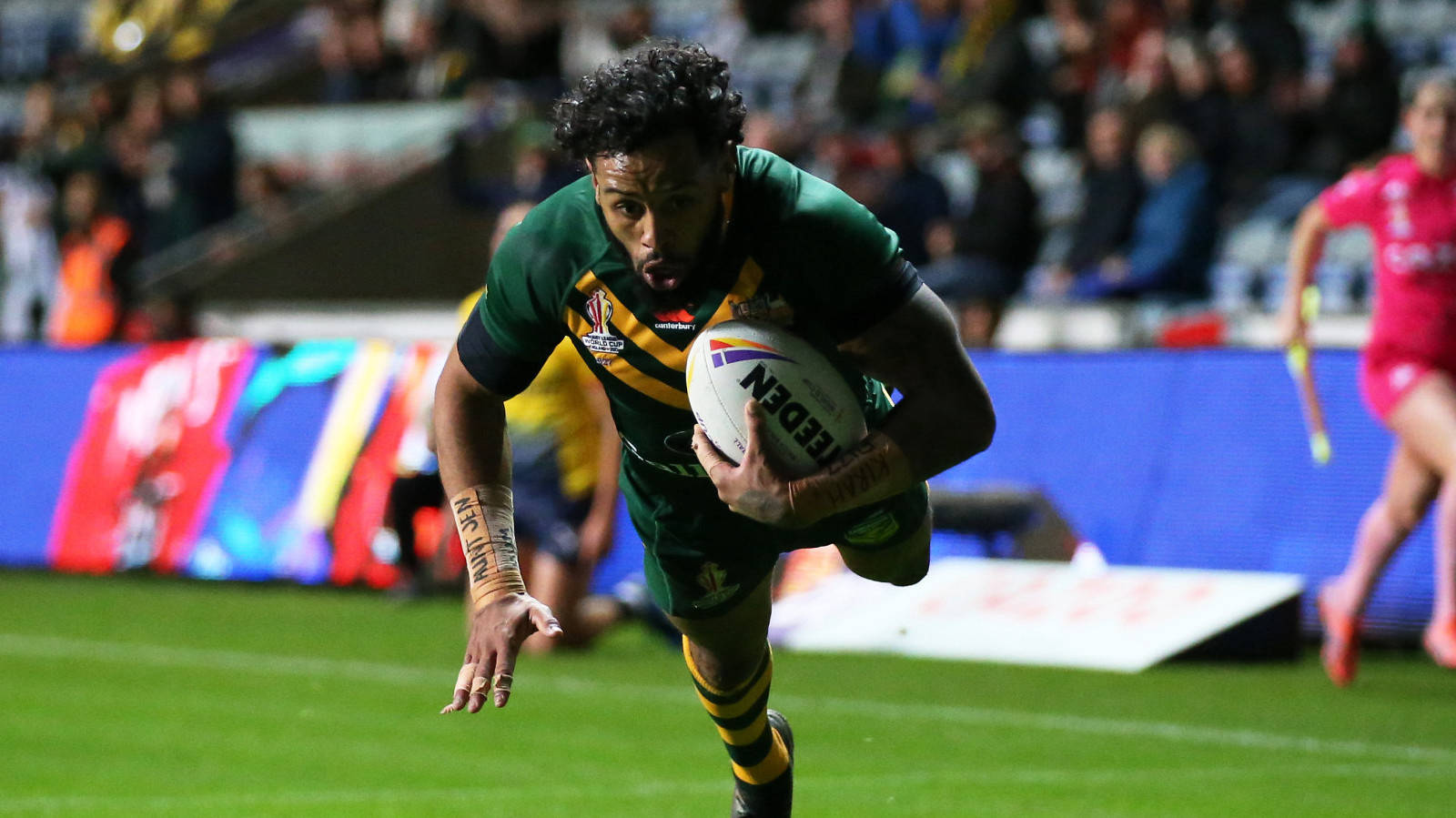 No-one is sending Mal Meninga’s Australia to Coventry in a hurry after this 15-try demolition of Scotland makes them impossible to ignore in the defence of their Rugby League World Cup title.

Australia beat Russia by a record 110-4 score in Hull 22 years ago and while this match fell short of that three figure rout, it was their second biggest winning margin in history.

Josh Addo-Carr’s four try haul and Campbell Graham's hat-trick will hog the headlines while Nathan Cleary surely settled the debate over who is Meninga's first choice half-back with a dazzling debut.

However, in many regards this was an Australian side doing battle with themselves, Meninga has made no secret these group games are a chance for players to stake their claims with tougher challenges to come.

The Kangaroos are well and truly bouncing!

There may have been six international newcomers in his starting line-up but rookies they are not, all but one has experience in the furnace of Origin football and three, including the mercurial Cleary, won the NRL Grand Final with Penrith just a few weeks ago.

And this one-side victory equalled one of their own records too, a 14th consecutive win at the tournament, an unbeaten run that goes back over 5,000 days to the 2008 final.

This was just the second meeting between these sides, the Kangaroos winning their previous encounter 54-12 six years ago. In truth, defending that 42 point margin was always going to be ambition number one for Nathan Graham’s Bravehearts - and that task quickly appeared a tall order as a green and gold tidal wave swept over the Scots.

The Kangaroos forensically exploited every mistake and scored four tries before their rivals had even made it out their own half in the 26th minute.

Meninga sat smiling in the stands as his team's pace, swagger and ingenuity in attack and strength and discipline in defence, proved an ominous statement of intent.

Cleary’s precision pass set-up the flying Addo-Carr, who scored an eye-catching double against Fiji six days ago, to cross the line after just six minutes.

He played the conductor again for a dancing Jack Wighton five minutes later, Angus Crichton adding a third in the next foray forward.

Graham would have played for Scotland if the World Cup had been staged last year, his dad from Glasgow and his mum from Coventry.

However, he marked his Australia debut by battering through a couple of tackles as the Scots were repeatedly scythed to shreds by their ruthless rivals.

Cleary - who threaded 12 goals - scored himself as Scotland were left hoping for the hooter and some half-time respite, only for further scores by Addo-Carr and Wighton before the break.

It's ingrained in the psyche of Australian sport to keep punching even when victory is assured and the second half was just seconds old when captain James Tedesco spun and twirled past flailing tackles for another score.

Ben Hunt came off the bench to underline why he's such a valued part of this side with an easy try before the jet-propelled Addo-Carr finished off Cleary and Cameron Munster's set-up work for his first international hat-trick.

Graham - who will probably never score an easier international treble - ran in two more tries, sandwiched by a Matt Burton score, while Isaah Yeo bundled over late on.

And still Addo-Carr wasn't done, saving the best for the dying minutes as he brilliantly chased home his own precision kick in a sublime display of footballing skills after Burton had kept the ball in play in acrobatic style.