What are the teams for Samoa v Greece men at the Rugby League World Cup? 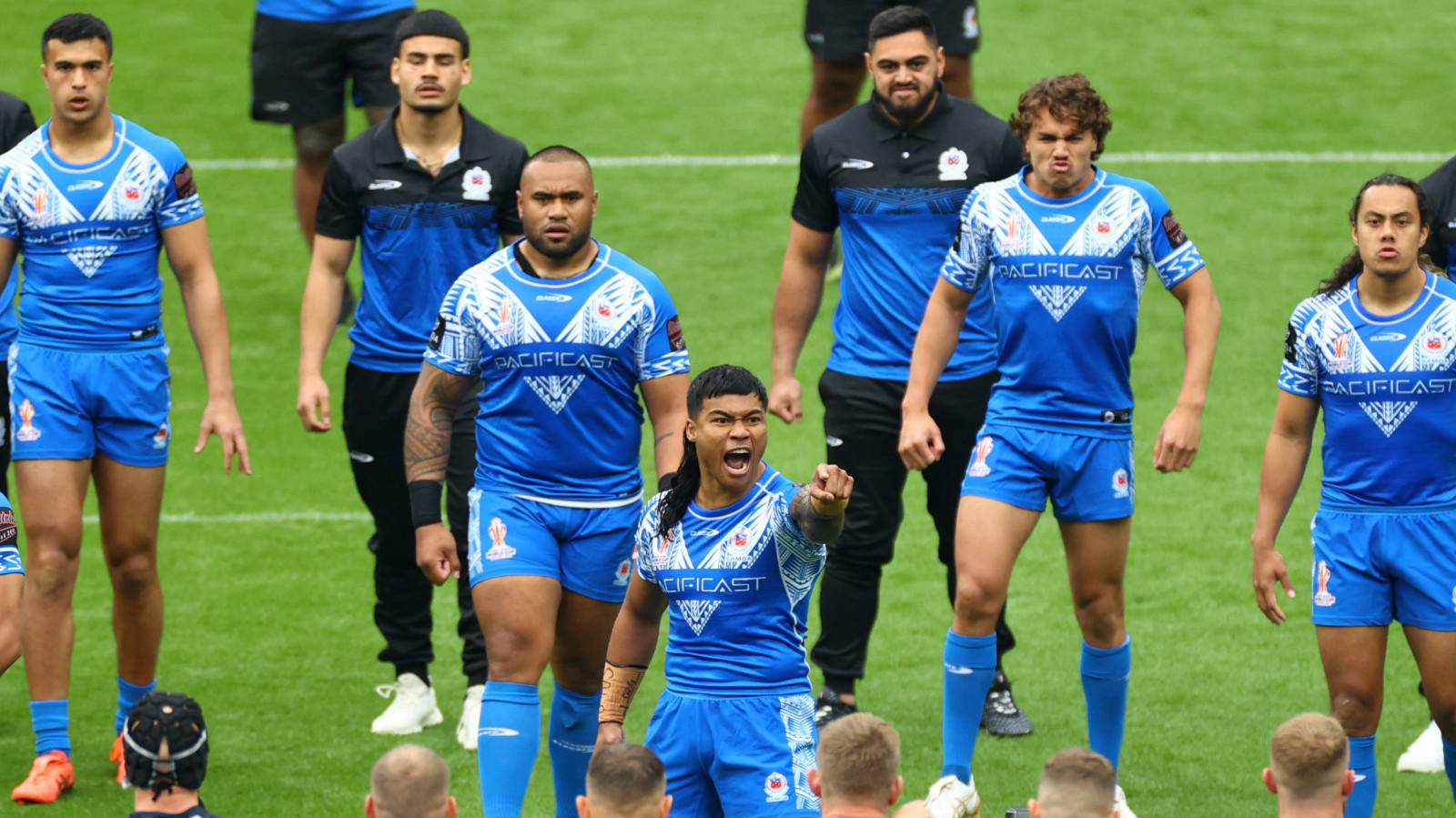 What are the teams for Samoa v Greece men at the Rugby League World Cup?

The question for Samoa was always going to be how quickly they would gel in England, but after a heavy defeat to the hosts in their opener, they need to bounce back against Greece.

The World Cup debutants showed plenty of spirit in their first game of the competition, going down 34-12 to France, scoring a couple of second-half tries in the process.

Samoa, meanwhile, were very much in their match with England for a half, but then fell away considerably on the way to a 60-6 loss.

Their cause has not been helped by injuries and suspension, experienced half-back Anthony Milford banned for one game for his late hit on Sam Tomkins, while Hamiso Tabuai-Fidow, Braden Hamlin-Uele and Tyrone May have all been ruled out through injury.

Despite that, they will need to bounce back against Greece ahead of a potential winner-takes-all clash with France in their final Group A encounter.

However, it is not just Samoa who are dealing with disruption, Greece have lost skipper Jordan Meads who was forced to withdraw from this game with the flu.

That means the responsibility in the halves falls on Billy Magoulias, who will come in to partner Lachlan Ilias, while Terry Constantinou will take over the captaincy.

And coach Steve Georgallis has backed Magoulias, who played as a loose forward against France, to thrive in the absence of Meads.

He said: "I am confident Billy can do the job for us. He has the skills to play in the halves. In many ways he is a number 7 playing in a forward's body."

This will be the very first meeting between the sides, with Greece losing 16-8 to Niue in their last meeting with a Pacific nation back in 2018, also their last international defeat before the France clash.

Greece were not even sure that Siteni Taukamo, who scored their first-ever World Cup try, would be allowed to play because he was just 17 when the squad was being selected. However, Taukamo turned 18 on the opening Saturday of the tournament and celebrated by scoring against France on the Monday.

Samoa have now lost five and drawn one of their last six matches at the Rugby League World Cup although they have not lost two successive international matches since 2018 and will be looking to extend that streak when they take on Greece.

Greece qualified for the finals via the 2019 European play-off tournament, with an 82-6 win over Serbia in Belgrade ensuring safe passage to England.

That made it five wins on the bounce for the Titans prior to that opening defeat to France.