Italy strive for improvement against Fiji

The Azzurri's aim is to build on their victory over Scotland 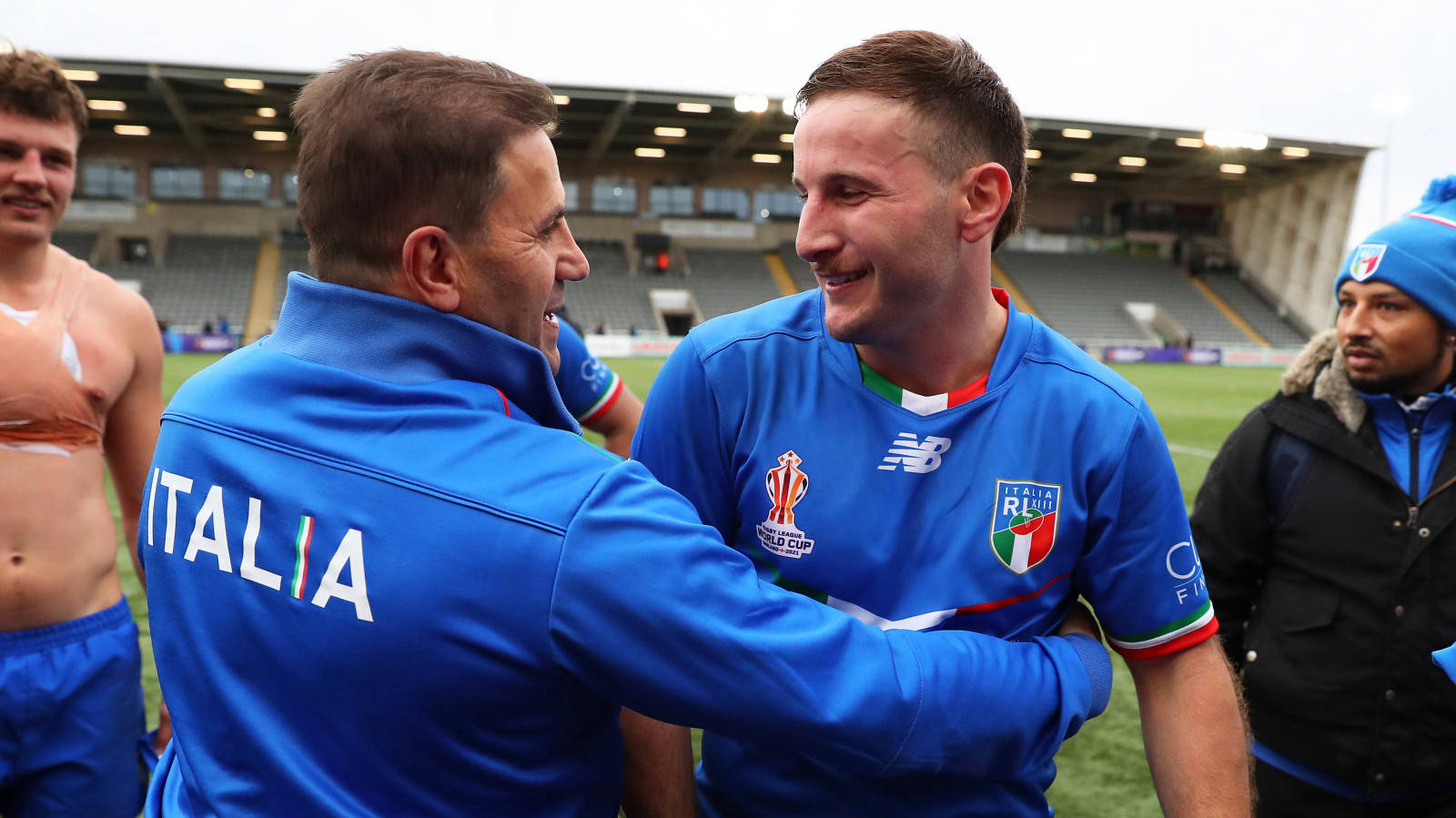 Italy strive for improvement against Fiji

The Azzurri's aim is to build on their victory over Scotland

Leo Epifania has challenged his Italy side to improve on an impressive opening round display as they look to find another gear against Fiji in a crunch Group B clash.

Jake Maizen’s hat-trick inspired a 28-4 victory against Scotland and the Azzurri will hope Kingston Park proves a happy hunting ground once again in a match which will go a long way to determining both sides’ quarter-final ambitions.

Epifania was delighted with how Italy acquitted themselves in Round 1 but knows that will count for little when the whistle blows this weekend, with Fiji a wounded animal following their 42-8 defeat against Australia.

“The result against Scotland means nothing now so we won’t get over-confident,” he said.

“We need to start again. We need to get our discipline right, reduce our errors and penalties, and our defence can’t be getting backwards.

“We need to improve every week but if we get those elements right, we are capable of putting points on the board and scoring tries.

“Our quick outside backs are making some pretty good decisions at the moment and we have some class halves.

“We can put some points on them but we need to defend well as they could easily put points on us.

The two sides have met just once before, Fiji running out 38-10 winners at the 2017 World Cup in Canberra.

Italy go into the latest instalment knowing victory could secure their first ever quarter-final spot while the contest offers an intriguing sub-plot, with Nathan Brown preparing to go head-to-head with his Parramatta Eels teammate Maika Sivo.

The Azzurri captain hopes familiarity with the 4G surface could prove to be an important factor but knows his side will have to be on top of their game if he is to claim the bragging rights against Sivo.

“They are obviously a good side and they came out the blocks quickly against Australia,” he said.

“It’s good fun playing against your teammates on this world stage.

“The Scotland game was my first time playing on that [artificial] surface. Those grubbers attacking the try line bounce a bit more than a normal pitch, so it’s good for our halves, in particular, to have played out there.”

Fiji are not letting their setback against the defending champions dampen their ambitions and go into the weekend determined to bounce back.

The Bati have made the semi-finals in each of the past three World Cups and coach Wise Kativerata saw enough in their performance at Headingley to retain hope of repeating the feat.

"After seeing how the boys played, we have a really good chance of getting to those semi finals again,” he said.

"We've done really well these last few tournaments and we know that we can do it again."