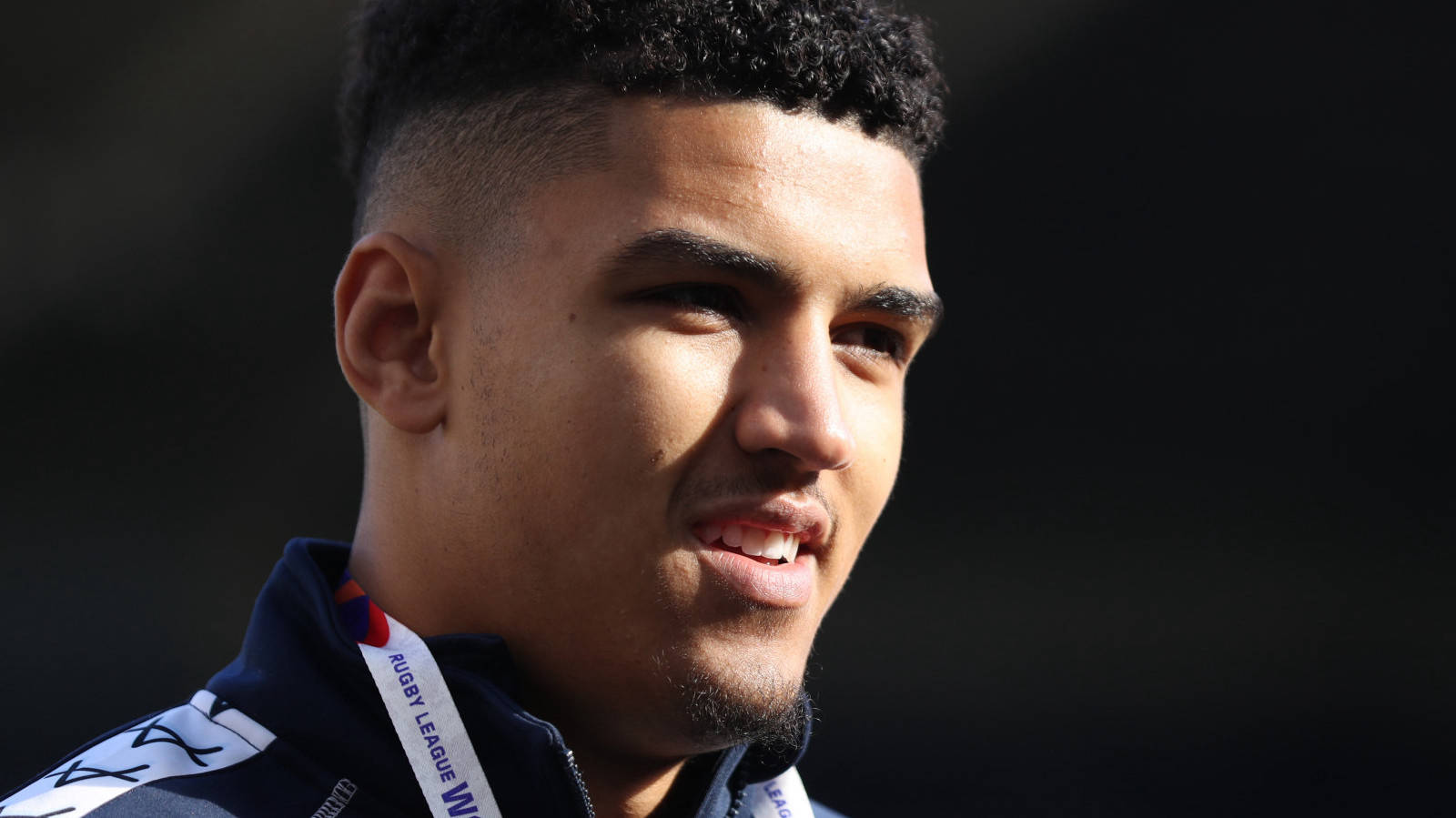 Kai Pearce-Paul hopes to bring an element of unpredictability to England’s attack on Saturday – admitting he modelled part of his game on Kiwi legend Sonny Bill Williams.

The Wigan forward was just 12 when he saw Williams help New Zealand break English hearts in the 2013 World Cup semi-final at Wembley.

Now, as Pearce-Paul prepares to make his own World Cup debut, he is hoping his offload ability can help Shaun Wane’s side sweep past France on Saturday to all-but secure qualification for the knock-out stages.

“Sonny’s someone I grew up watching,” said the 21-year-old. “He likes to offload. I like to offload - it’s probably one of the biggest points to my game as well.

“He’s someone I've looked up to and I just really think he's an awesome player. He’s just someone I aspired to be like.”

Pearce-Paul is one of three uncapped players set to make their England debuts at the University of Bolton Stadium after Wane decided to rest seven players from the side which beat Samoa 60-0 in their Group A opener.

And it will crown a remarkable journey for the towering, Bromley-born player, who progressed through the London Broncos academy system before moving to Super League giants Wigan.

“It'll feel unreal, even just having the England jersey on”, said Pearce-Paul, whose younger brother Kaden has featured for the Saracens rugby union team this season.

“I'm sure there'll be a bit of nerves there. It'd be weird if it wasn't like that. But it’ll be an honour for me to be able to wear the shirt.

“My family will come up to watch as well. Mum’s awesome. She'll be driving up with my brothers.

“Being able to see them in the crowd too – I’m sure it'll be a very emotional moment for me but definitely something I look forward to.

“Right now, I'm focused on getting an appearance for England and playing the best I can.”

As the third youngest member of Wane’s squad – he is one of three 21-year-olds with backs Dom Young and Jack Welsby - Pearce-Paul has revelled in the chance to be part of an England camp with major tournament experience.

“It's a bit different because I'm a younger boy and it's getting to know everyone,” said Pearce-Paul, who can also cover centre.

“There are a lot more experienced boys in other teams that you’ll play week in, week out that you don't usually sit there and have a conversation with.

“But there's no sort of divide between the older and the younger boys. Morale in camp is really high.”