What are the teams for Fiji v Italy men at the Rugby League World Cup? 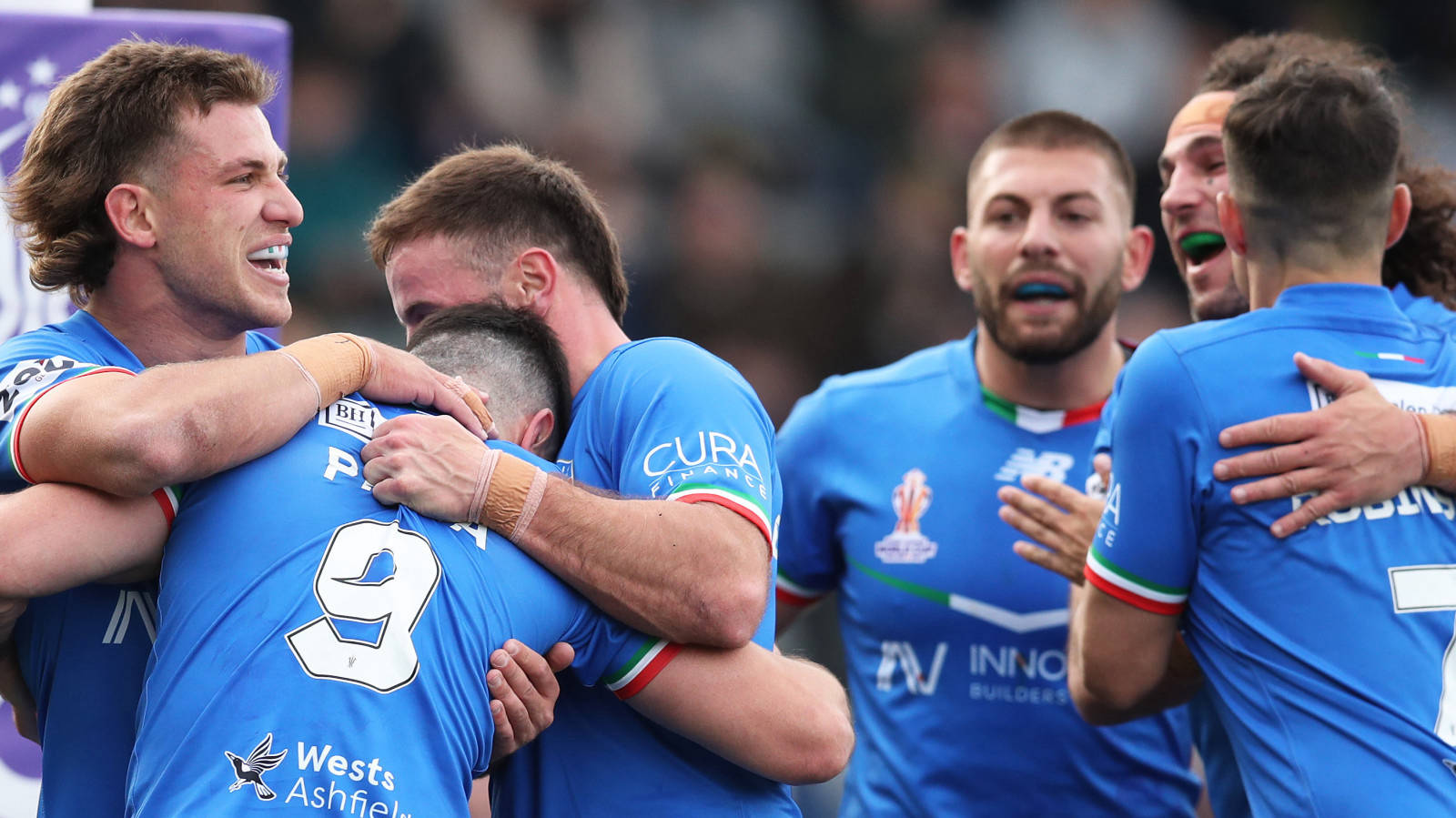 What are the teams for Fiji v Italy men at the Rugby League World Cup?

Fiji have made two changes to their 19-man squad as they prepare to take on Italy at Kingston Park on Saturday.

Vuate Karawalevu and Korbin Sims replace Jowasa Drodrolagi and Isaac Lumelume for the crunch Group B clash in Newcastle, with the Bati looking to bounce back following last weekend’s 42-8 defeat against Australia.

They will face stern opposition from an Italy side full of confidence after an accomplished showing against Scotland yielded a 28-4 win last Sunday.

Coach Leo Epifania makes one change in his 19-man squad with prop Alec Susino coming in for Gioele Celerino, who broke Italy’s appearance record against the Bravehearts.

READ MORE: Five players who shone in Round 1

Fiji and Italy have met just once before, at the 2017 Rugby League World Cup.

Suliasi Vunivalu’s hat-trick helped Fiji to a 38-10 win in Canberra, with Kevin Naiqama, Henry Raiwalui, Brayden Wiliame and Marcelo Montoya also crossing as Fiji cemented their place at the top of Group D.

Josh Mantellato and Nathan Milone responded for Italy, who missed out on the knockout phase.

Italy’s performance in their victory over Scotland caught the eye of Hollywood royalty.

Russell Crowe, co-owner the South Sydney Rabbitohs, drew attention to the display of Jack Campagnolo – who represents the NRL outfit – to his 2.9 million Twitter followers.

How many people in Italy know that your Rugby League team just had an historic victory over Scotland at the Rugby League World Cup being played in England right now ?
Italy 28
Scotland 4 https://t.co/z0Mn9WW1FD
— Russell Crowe (@russellcrowe) October 17, 2022

Fiji have lost their last two men’s internationals, defeated by Australia in the opening round of the 2021 Rugby League World Cup (8-42) and Papua New Guinea in a June 2022 international (14-24).

The last time they lost more successive games was a four-game stretch between November 2008 and October 2009.

Italy have won two of their last three games at the men’s Rugby League World Cup including the 28-4 win over Scotland in the opening round of the 2021 tournament.

They will now be looking to win back-to-back games at the tournament for the first time ever.

READ MORE: Jake Maizen: I was rattled before Scotland hat-trick