What are the teams for New Zealand v Jamaica men at the Rugby League World Cup? 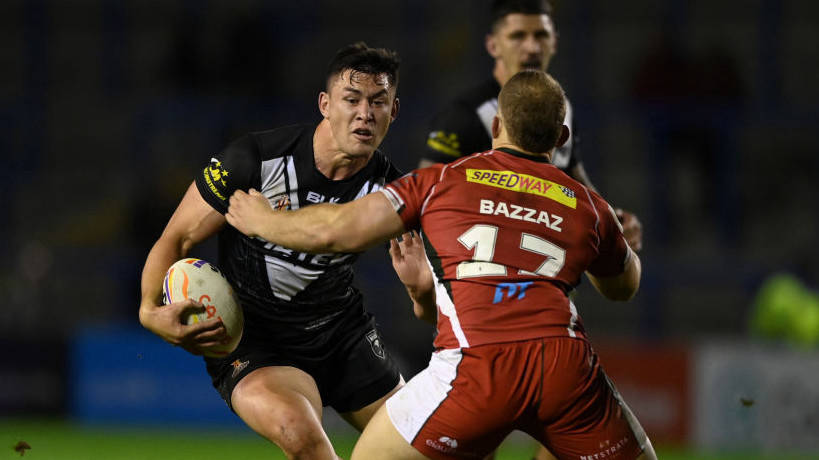 What are the teams for New Zealand v Jamaica men at the Rugby League World Cup?

Scott Sorensen will continue a remarkable family tradition when he makes his Test debut for New Zealand in their Group C clash with Jamaica on Saturday evening.

The two-time NRL Premiership winner, 29, is set to become the fifth member of his family to represent the Kiwis, more than seven decades after his grandfather Bill made his bow. Scott’s great-uncle Dave and uncles Dane and Kurt also pulled on the New Zealand jersey.

Sebastian Kris is another set to make his debut against the Reggaie Warriors while Dallin Watene-Zelezniak makes his first Kiwis appearance since 2019 on the other wing.

Marata Niukore, Moses Leota, Briton Nikora and Isaac Liu also come in, with James Fisher-Harris to captain the side.

The Kiwis beat Lebanon in their opener while Jamaica went down 48-2 against an impressive Ireland in Leeds last week.

Romeo Monteith’s 19-man squad is again captained by Huddersfield Giants’ Ashton Golding, who made more tackles (55) than any other player in the opening round.

Saturday’s clash in Hull will make history as New Zealand and Jamaica have never previously met on the international stage.

At the last three tournaments, the 2013 Rugby League World Cup in England is the only occasion when New Zealand went undefeated at the group stage.

Even when lifting the trophy in 2008, the Kiwis suffered a defeat along the way in the first round.

The number one ranked side in the world have a stellar Rugby League World Cup record, the high point coming in 2008 when they defeated hosts Australia in the final to lift the Paul Barrière Trophy for the first time.

While the pandemic has curtailed the number of tests played in recent years, the Kiwis did win their first game in just over two-and-a-half years before the tournament with a win over Tonga.

They then recovered from Lebanon scoring a try inside a minute to win their Group C opener last Sunday, 34-12.

Jamaica are yet to win a Rugby League World Cup match, with the 2021 tournament marking their debut at the competition.

However, they have a respectable win percentage of 30.4% in international matches since their inaugural game against USA in 2009.

Ranked 21st, Jamaica are the lowest-ranked nation at the Rugby League World Cup but have been building for this tournament ever since they qualified in 2018.

A 16-10 win away to the USA in Jacksonville punched their ticket and also bagged the Americas Rugby League Championship.