What are the teams for England v France men at the Rugby League World Cup? 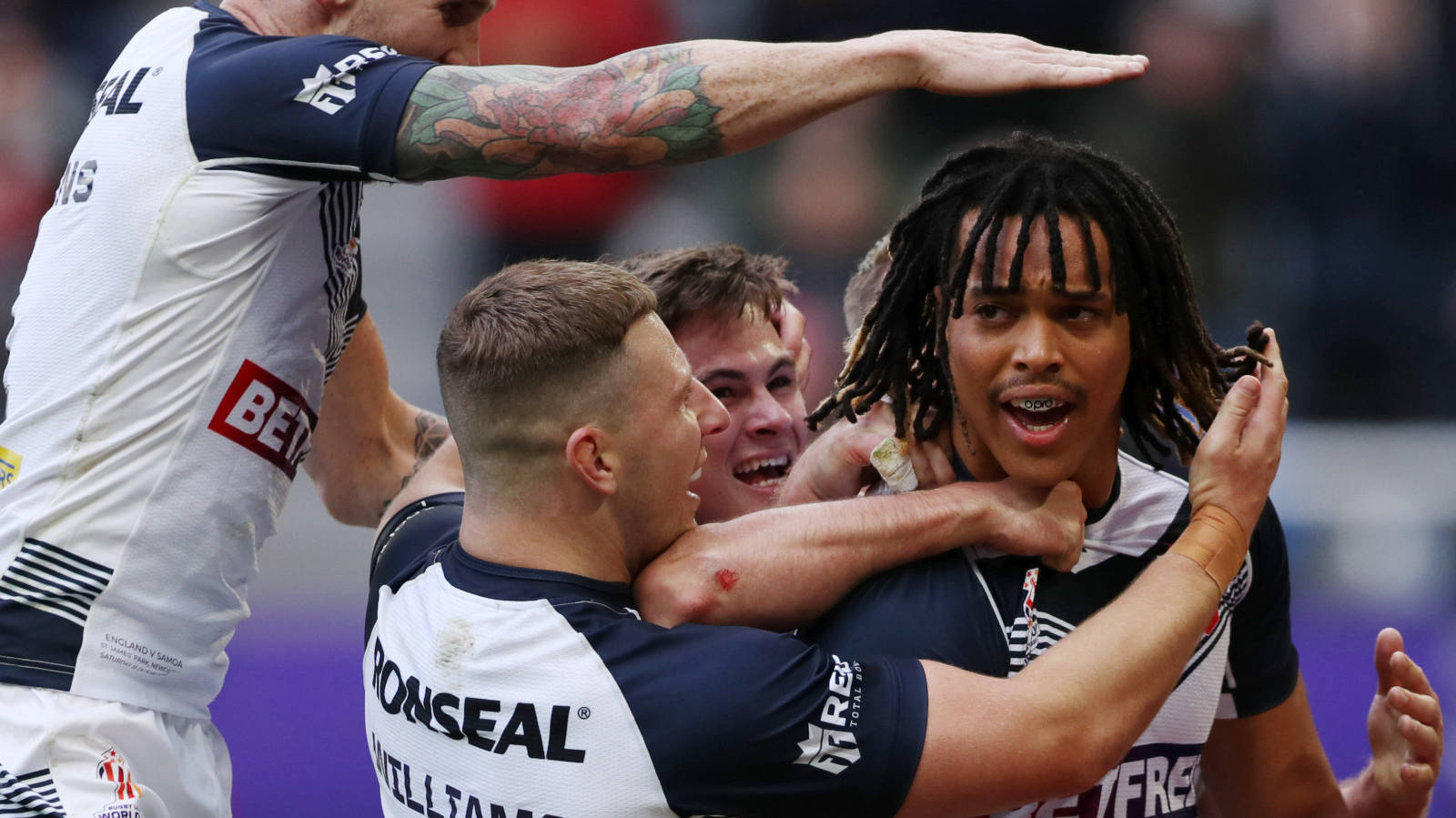 What are the teams for England v France men at the Rugby League World Cup?

After both made winning starts to their Rugby League World Cup campaigns, England and France meet in a crunch clash in Bolton on Saturday.

In a game that could go a long way to deciding who finishes top of Group A, both will be looking to maintain momentum following key wins in the opening round.

England sent a warning to the other men’s tournament favourites with an emphatic 60-6 win over Samoa to kickstart the competition on Saturday.

But France also got off the mark two days later with a 32-12 win over a game Greece team.

Shaun Wane has shuffled his pack for the host nation’s second game, bringing in all seven players not in the matchday squad against Samoa with Kai Pearce-Paul, Andy Ackers, Marc Sneyd and Joe Batchelor set to win their first caps.

Those not involved include St Helens trio Tommy Makinson, lock Morgan Knowles and prop Matty Lees while Catalans Dragons hooker Michael McIlorum will not have the chance to play against several of his clubmates with Wigan prop Mike Cooper also missing out.

France meanwhile have retained the bulk of their side that got off to a winning start in Doncaster on Monday night.

So who will seize control of Group A at the University of Bolton Stadium this weekend?

The two winning sides in Group A meet on Saturday!

The two last met in October in Perpignan with England running out 30-10 winners, with two tries from John Bateman who returns to the squad for this game having served his suspension.

Only at three previous Rugby League World Cups have France not played England (or when they previously competed as Great Britain) - in 1995, 2000 and 2008.

England made the perfect start to the tournament with a comprehensive win over Samoa in their opening game at St James’ Park in Newcastle.

They also won their sole warm-up game against Fiji in similarly convincing fashion by 50-0.

The England team look to have hit top form at the perfect time and will be aiming to secure their spot in the quarter-finals at the first available opportunity.

France are second behind England in Group A on points difference, after a 34-12 victory over debutants Greece on Monday.

That victory means only England have inflicted defeat on Les Tricolores in the seven matches they have played since the last Rugby League World Cup in 2017.

Statistically, France have already improved on their last outing at the tournament, having lost all three of their group games five years ago in Australia.