Emotional Ackers reflects on journey from labourer to world stage 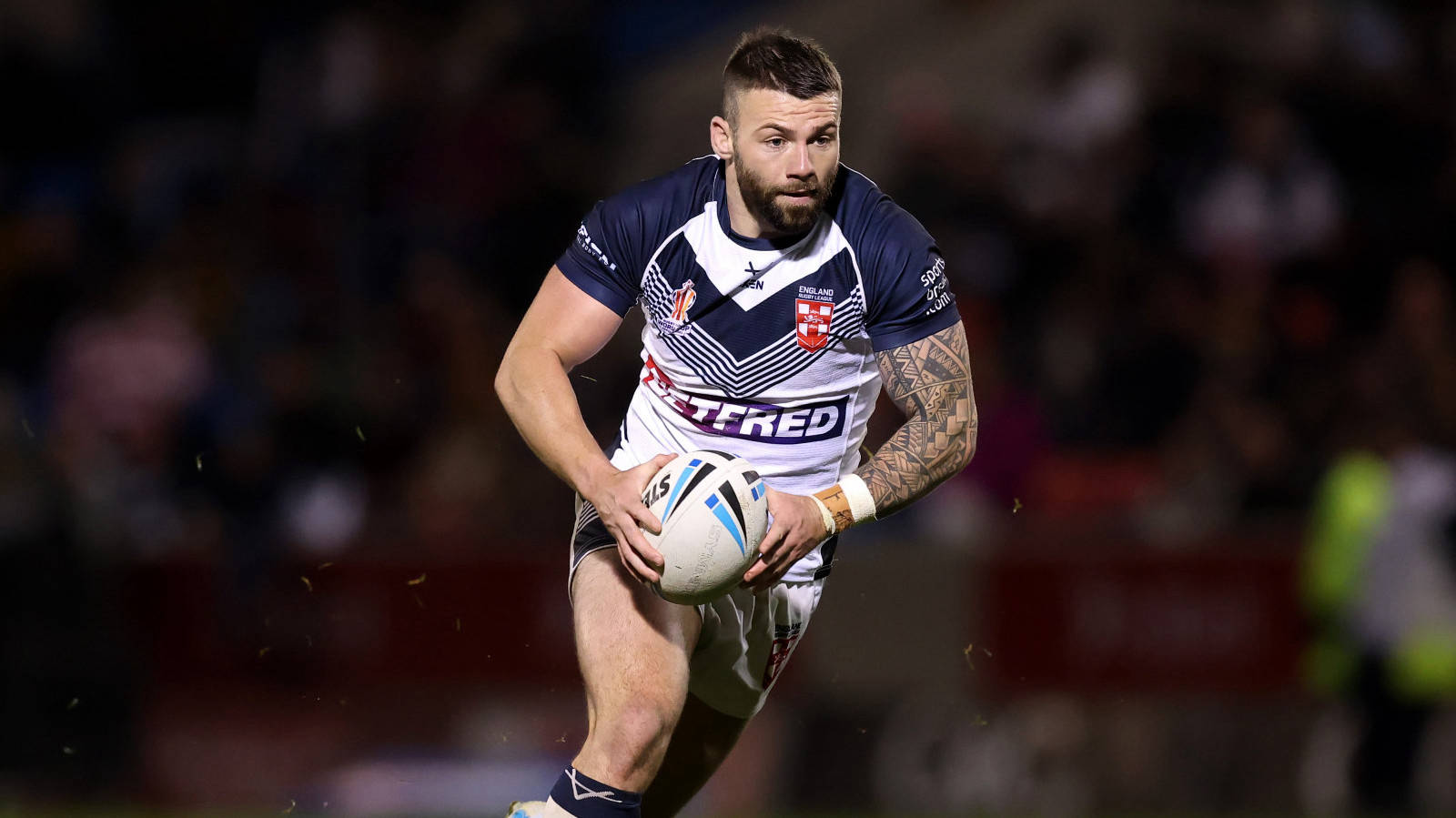 Emotional Ackers reflects on journey from labourer to world stage

Andy Ackers admits he cried down the phone when he received his World Cup call from Shaun Wane.

The Salford hooker is one of four players set to make his England debut in Saturday’s Group A match with France at the University of Bolton Stadium.

And the 28-year-old – who only made his Super League debut two years ago – revealed he struggled to keep his emotions in check when coach Wane’s unsaved number flashed on his phone to give him his “dream” chance.

“I burst out crying and explained to him, ‘Just give me a moment please because I’m just taking it in,’” said Ackers, who won his first cap in the warm-up win over Fiji on his home ground.

“We’re an emotional family to be honest and we live on emotion. Sometimes it can go against us but this time it’s going with me.

“Shaun’s handing a dream to me. I’ll be forever in his debt. I’m just really excited and I’m still overwhelmed now, being around this calibre of players.”

Wane has opted to rotate his squad following their 60-6 opening win against Samoa. The seven players who missed out – including four who are uncapped – will come into the squad.

For Ackers, it will be the culmination of an incredible rise since he took a labouring job – while playing part-time - when he was released by hometown club Wigan at the age of 18.

“I was working on a building site with my dad,” said the ex-Swinton, London and Toronto player.

“I hated getting up every morning. That made me a lot hungrier in training and making sure I’d be leaving the building site early to do my extras.

“Then I went into a bit of care-work, working in care homes with kids with issues in the family. I enjoyed that but it was very challenging.

“Even from a young age when I started back when I was 17, I knew I wanted to be a full-time rugby player.”

READ MORE: England's Hall has no excuse for off key performance

England centre Kallum Watkins had plenty of praise for his clubmate, who helped Salford surge to within 80 minutes of a Grand Final appearance last season.

Watkins, 31, said: “I'm really proud of him. It’s been a couple years where he's been on the verge of getting to this point, but this year he’s really grown as a player and as a person as well. I think that's shown in his performances.”

England can all-but wrap up Group A with victory, ahead of a final round match against minnows Greece.

Ackers added: “When players like Kallum Watkins and people like that are coming up to me on a daily basis, I take all that on board”, Ackers said.

“I go home and have moments to myself where I’m like, ‘He said that about me.’

“I’ve just got to keep being appreciative and remember all that when it gets tough in a game. Making my World Cup debut is probably going to be on par with having my son (Reid).

“When I’m singing that national anthem it’ll be one of the proudest days of my life.”