Keaon Koloamatangi’s late try handed the world's No.2 side victory 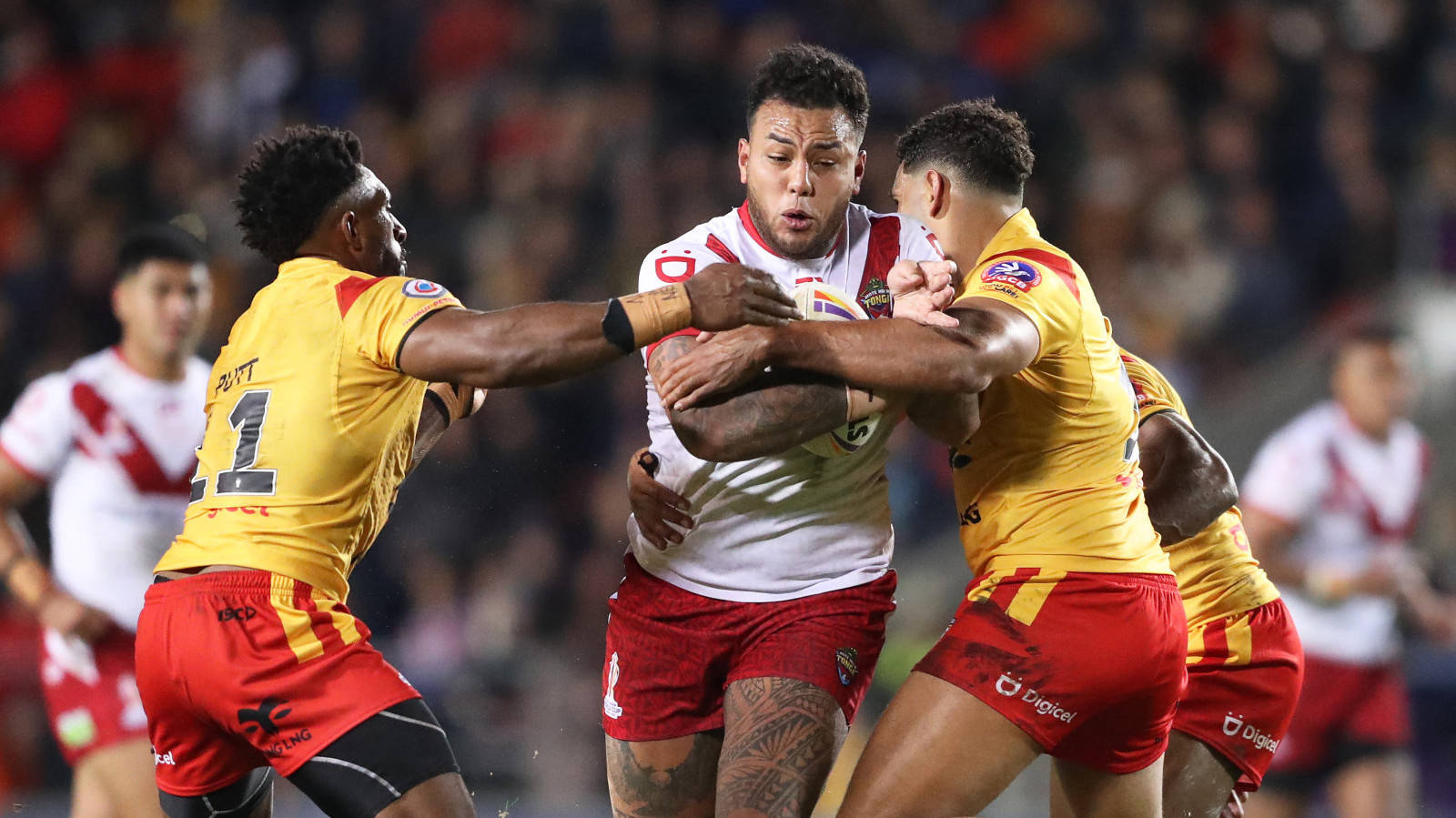 Keaon Koloamatangi’s late try handed the world's No.2 side victory

Head coach Kristian Woolf admitted it was a special moment to see his Tonga side beat Papua New Guinea 24-18 at the Totally Wicked Stadium, the home of St Helens who he has led to three successive Super League titles.

Woolf ended his tenure at St Helens earlier this summer with success in the Grand Final at Old Trafford over Leeds Rhinos, and is heading off to join NRL side Dolphins as an assistant coach after the World Cup.

Before that, though, he’s in charge of a Tongan side looking to book an Old Trafford final themselves having lost 20-18 to England in the semi-finals of the 2017 competition.

He said: “It was extremely special, it means a lot to me, we walked in the other day for the captain’s run and it feels like you’re coming home, it has a great feel about it, it makes it very special.

“To be here with them at a place that means a lot to me, it’s very special.”

Papua New Guinea ran Tonga all the way in their opening Group D match coming back from 18-6 down at half-time to level only for Keaon Koloamatangi’s late try to hand Woolf’s men their first ever victory over the Kumuls.

Three first-half tries from Will Penisini, Isaiya Katoa and Moeaki Fotuaika had put Tonga in control despite Rhyse Martin opening the scoring for Papua New Guinea.

But Lachlan Lam and Dan Russell both went over with Martin’s 41st consecutive successful kick tieing the world record and pulling his side back to 18-18 with just 10 minutes left to play.

Kolomatangi’s score with two minutes left denied the Kumuls a fairytale finish and Tonga coach Woolf is confident his side will improve as the tournament progresses.

He added: “They (PNG) are a tough team, I said that before the game, they are always going to turn up, they’re very passionate, they hit hard and they run hard.

READ MORE: Five things we learned from Tonga vs PNG

“We got a real run in our legs and match fitness out of that. There was a number of players who looked like they had not played in a little while and that’s certainly the case.

“A number of guys had a run last week, a number didn’t get a run out. As a team, we will get better off the back of that, we were a bit clunky at times , there’s a few things we’ll get better at.”