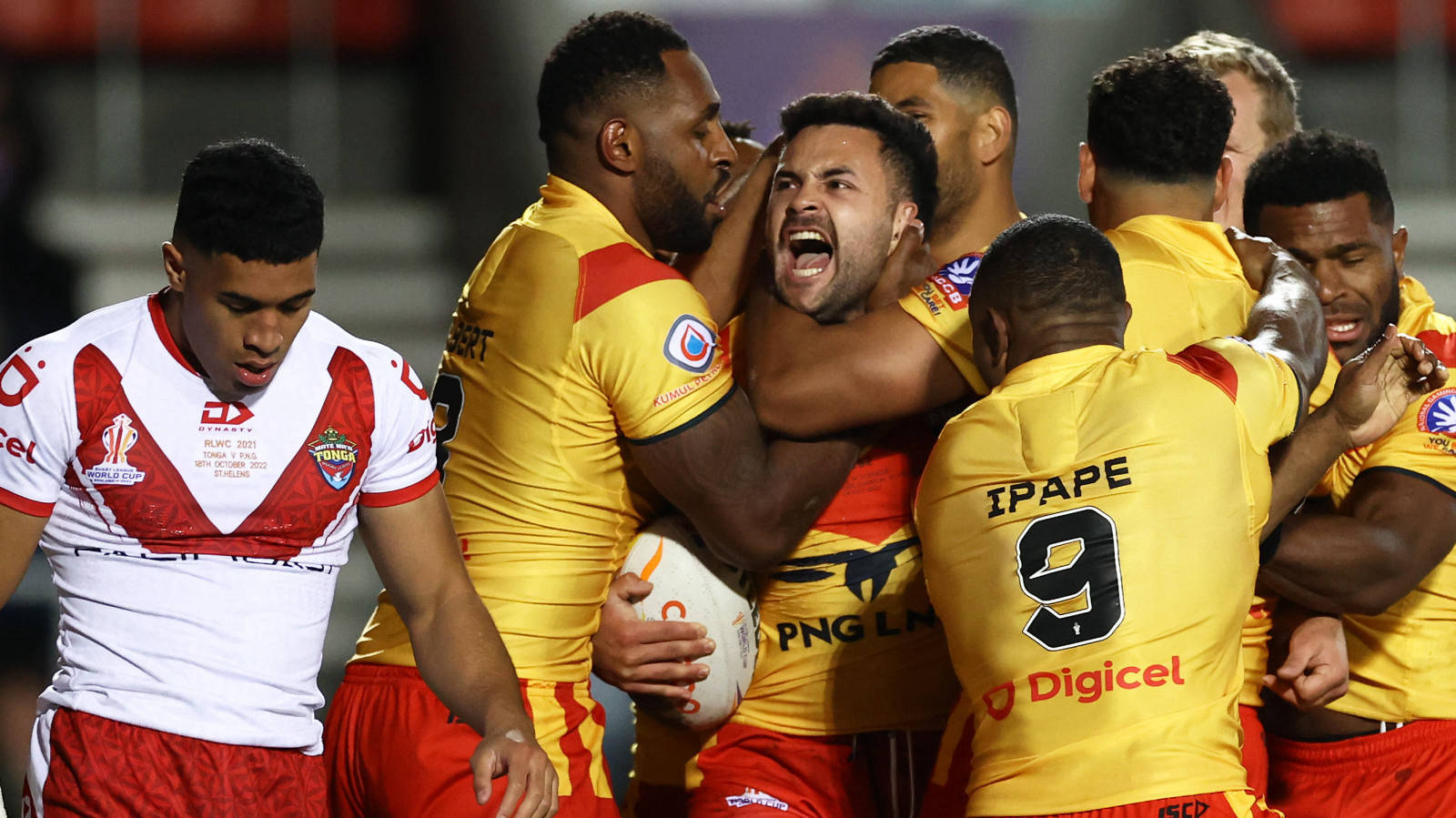 Rhyse Martin's unerring kicking run continued but you sensed he'd give it all up to swing this result the other way.

But moments later saw Rabbitohs star Keaon Koloamatangi cross the line, after a freakish passage of play that saw eight players get a touch, to secure Tonga a last-gasp 24-18 win.

"It's a great achievement for me but that's my job for my team and my team mates," said Leeds Rhinos star Martin.

"To get 41 is a great achievement but at the moment I'm just disappointed with the result, although I couldn't be prouder of my teammates.

"I'd lost count, I couldn't remember how many I'd kicked. I had it in my mind but it's my job, whether I miss or not. I need to get that goal kick in and stick to my routine, that's how I practice it. I try not to get overwhelmed.

"The important thing is the team and I think we have just shown in that 80 minutes the team we are. Not to get the win came down to a few small things but how we hung in there and came out in the second half, if we keep playing like that then we will be hard to beat."

What a way to clinch the win in the last few moments.

Martin will surely seize the record on his own - a mark currently held by Championship pair Jamie Ellis and Liam Finn - when the Kumuls face Cook Islands in Warrington next Tuesday.

But this was a performance that underlined Stanley Tepend's side, ranked fifth in the world, are not at the Rugby League World Cup to make up the numbers.

Martin was raised in Australia but qualifies to represent Papua New Guinea through his father Steve, who died earlier this year.

"It was a special moment when I got messages from my brothers they were excited and setting their alarms," he added.

"One brother put up a photo of my Dad which made me emotional, but I just wanted to do my job for the team. I have been waiting three years for this moment so I'm glad I got to put on the jersey again."

And he claimed pushing one of the favourites so close was just the statement of intent they wanted.

"I'm just so glad that my boys played the best that they can tonight," he said. "We knew it was going to be tough and we kept turning up for each other and I thought we dug deep."