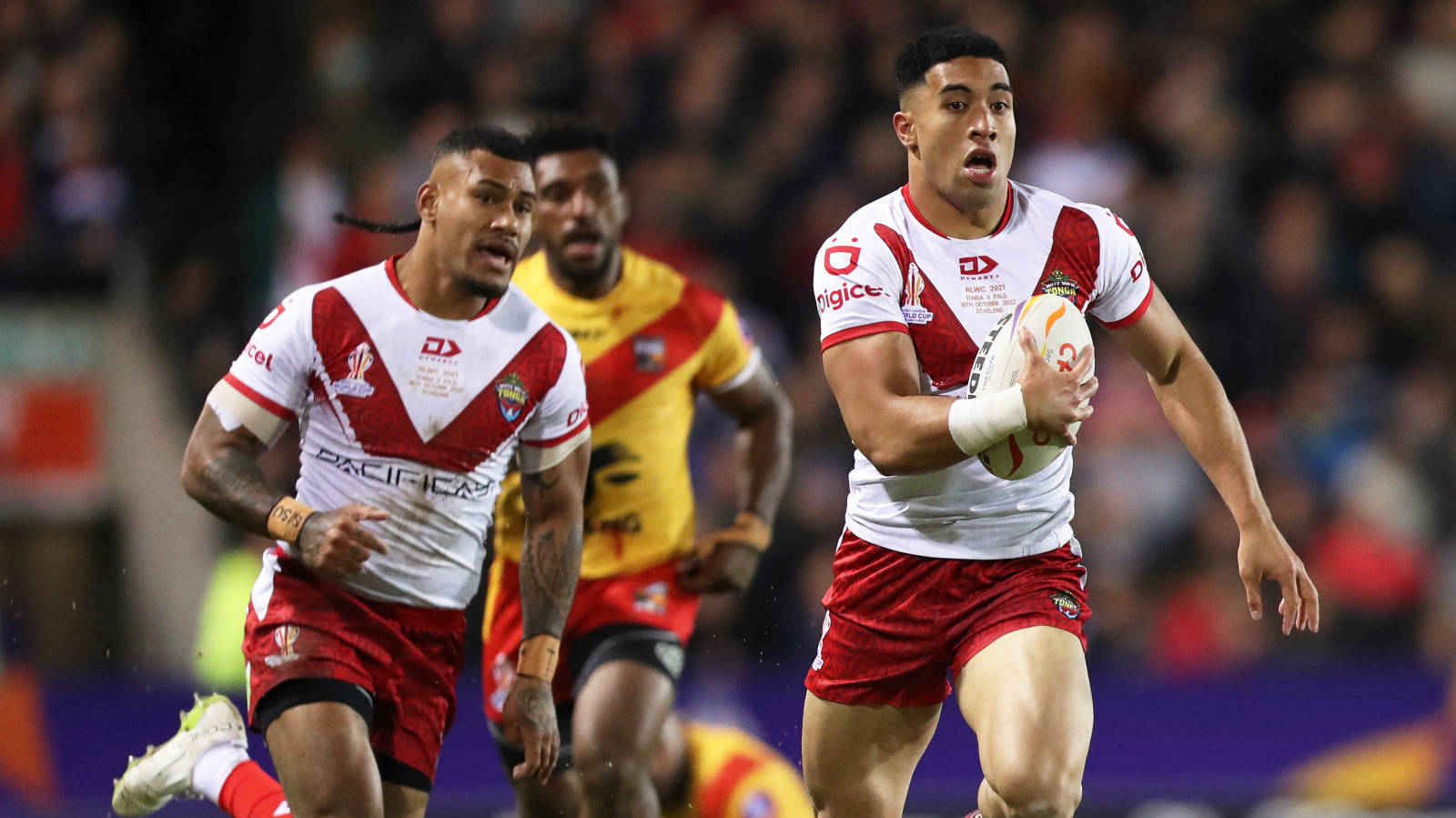 Keaon Koloamatangi snatched a 24-18 victory for Tonga over a defiant Papua New Guinea with a thrilling try at the death in their opening Rugby League World Cup fixture in St Helens.

Koloamatangi dived onto captain Siosiua Taukeiaho's grubber kick to break Papua New Guinea hearts after they had fought back from 18-6 down at half-time to draw level with 10 minutes left to play.

Tries from Will Penisini, Isaiya Katoa and Moeaki Fotuaika had put Tonga, without captain Jason Taumalolo due to suspension, in control after the Kumuls’ captain Rhyse Martin had opened the scoring.

But Lachlan Lam dotted down for Papua New Guinea at the start of the second half to reduce the deficit before Dan Russell went over to set up a dramatic finish in the opening Group D fixture.

But Tonga, showing the grit and determination that saw them reach the semi-finals of this competition in 2017, somehow conjured up a late score through makeshift hooker Kolomatangi to snatch the victory.

Here are some of the best pictures from a pulsating evening on Merseyside: