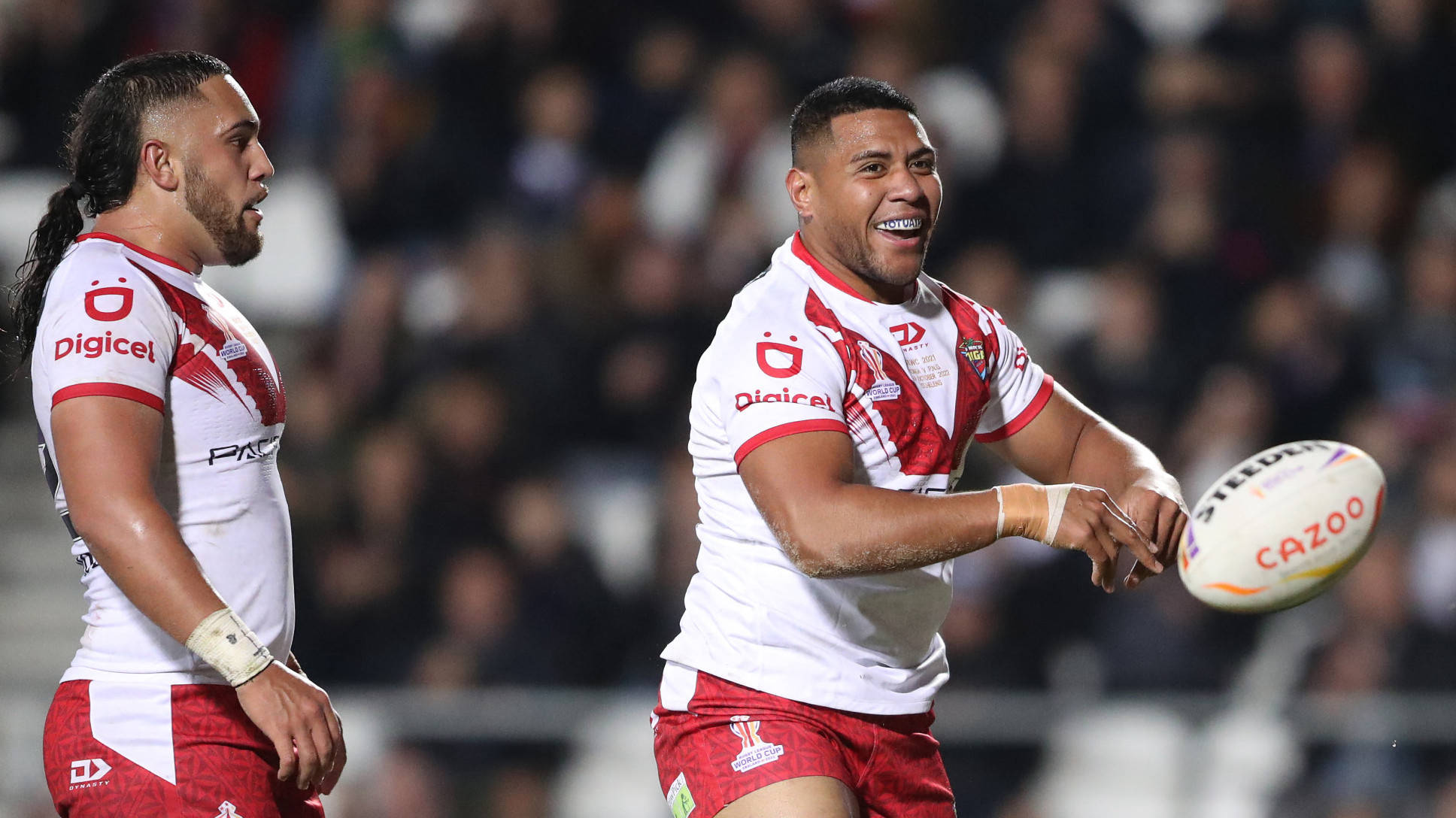 A last-gasp try from Keaon Koloamatangi saw Tonga sneak a 24-18 victory over a defiant Papua New Guinea in the most pulsating game of the Rugby League World Cup yet in St Helens.

Koloamatangi dived onto captain Siosiua Taukeiaho's grubber kick to break Papua New Guinea hearts after they had fought back from 18-6 down at half-time to draw level with 10 minutes left to play.

Tries from Will Penisini, Isaiya Katoa and Moeaki Fotuaika had put Tonga, without captain Jason Taumalolo due to suspension, in control after the Kumuls’ captain Rhyse Martin had opened the scoring.

But Lachlan Lam dotted down for Papua New Guinea at the start of the second half to reduce the deficit before Dan Russell went over to set up a dramatic finish in the opening Group D fixture.

But Tonga, showing the grit and determination that saw them reach the semi-finals of this competition in 2017, somehow conjured up a late score through makeshift hooker Kolomatangi to snatch the victory in their tournament opener.

The Kumuls had the better of the opening exchanges with Martin collecting Kyle Laybutt’s pass to open the scoring before the second row converted his own try.

The world's No.2 side weren’t behind for long, drawing level through Penisini’s score after Tolutau Koula’s powerful break from his own half.

Papua New Guinea's Russell, usually a centre or second row but playing on the wing in the absence of injured Queensland superstar Xavier Coates, saw his effort ruled out by the video referee for a toe in touch and it was Samoa who would finish the first half the stronger with two tries in as many minutes through Katoa and Fotuaika.

First, Fotunaika was put through by Kolomatangi after excellent work in the build up by Huddersfield Giants' Tui Lolohea before Mosese Suli broke from his own half before offloading to the on-hand Katoa.

The second half started in identical fashion to the first with Papua New Guinea’s player of the match Edwin Ipape refusing to be brought down before releasing Lam to score under the posts.

Martin's successful conversion reduced the deficit to six and there was further drama as both sides had scores ruled out by video referee Ben Thaler.

But, with 15 minutes to go, a Tonga knock on under their own posts gifted Papua New Guinea the perfect opportunity to pull level and wing Russell obliged with a score in the corner.

Martin converted from the touchline, to extend his phenomenal run a world record-equalling 41 successful kicks in a row, but Koloamatangi earned Tonga their first ever win over Papua New Guinea in dramatic fashion late on.