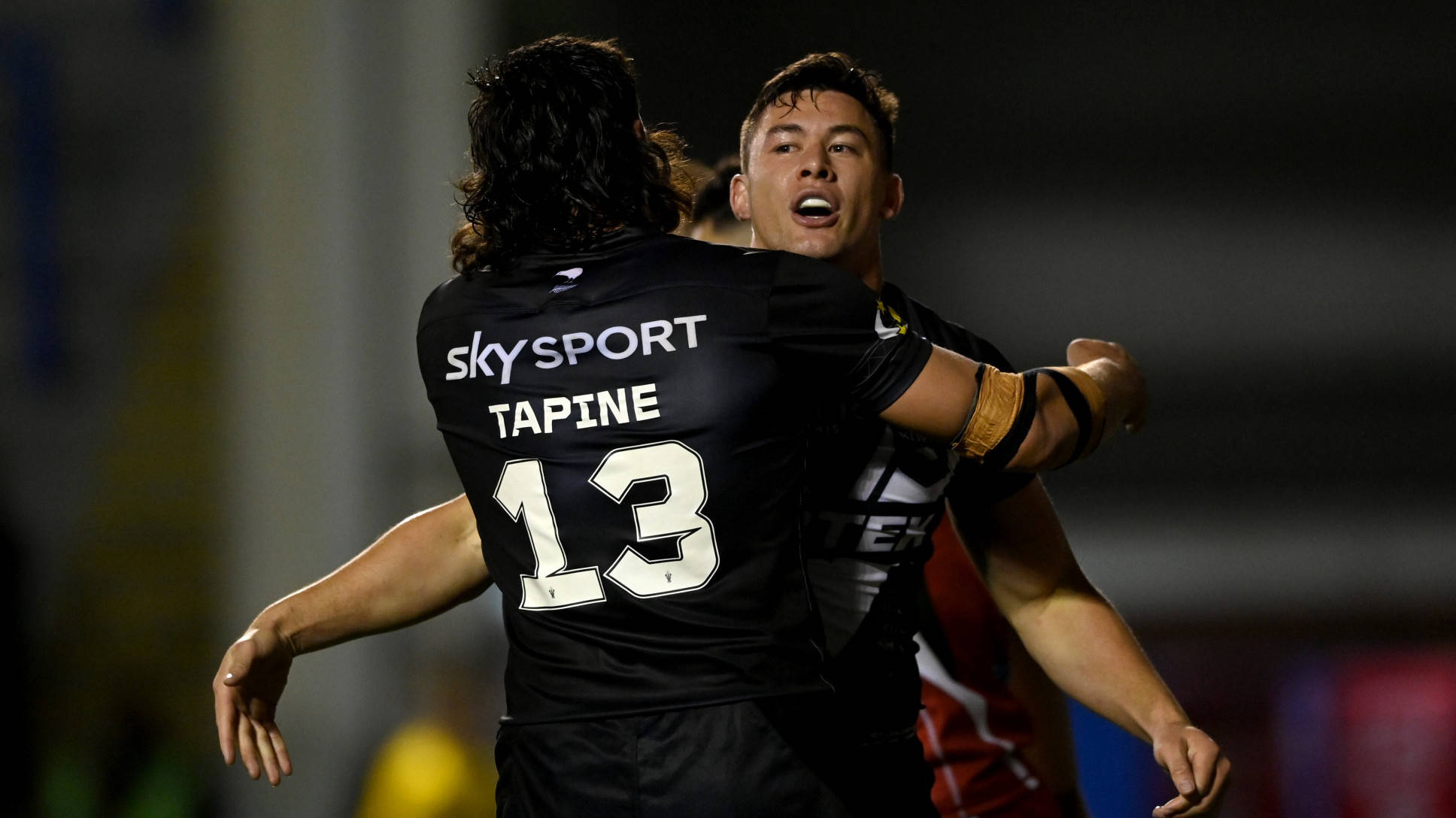 Far from freezing on the World Cup stage, New Zealand’s Joey Manu took the opportunity to play some old-fashioned backyard footy as he inspired the Kiwis’ 34-12 win over Lebanon.

Josh Mansour had given the Cedars a shock lead after just 59 seconds, and they were still very much in it midway through the second half.

But after Manu had set up Dylan Brown to put New Zealand 24-12 up, he then produced some magic to make sure of the win, scooping the ball up from the play the ball, chipping and collecting before spinning out of one tackle, dummying to take out two more defenders and then shrugging off a final tackler to go under the posts.

Joey Manu is on fire!

Reflecting on a breath-taking individual effort, Manu said: “I think it might have been Brandon (Smith) who went and it was a quick play the ball, so I played that and it was the last. I felt like I was playing in the backyard with a few of my cousins and friends.

“I grew up playing a bit of backyard footy and it felt like a try from one of those games. We were in a tough period there so it was nice to get over the line.”

New Zealand were made to work for long periods during the game, until Manu finally broke Lebanon’s stubborn resistance, the Cedars also ending with 12 men after Adam Doueihi’s red card for foul language.

And Manu admits that the Kiwis still have some work to do in terms of gelling ahead of their second match against Jamaica.

He added: “We had to stay composed and get back into our footy. We were trying to find that, it was a bit tough to get it going. There were a few combos lacking there, everyone was on different pages, we’ve got to fix that up next week.

“It was a solid game and it was pretty close for a bit. They really gave it to us so I think it’s good for us. We need that sort of tough game over here.”

For Lebanon, it was a promising start to the competition against their highest-ranked opponent in Pool C.

And while coach Michael Cheika was not satisfied at a defeat, he believes the foundations are in place ahead of a crunch match against Ireland.

We've got a game on our hands here!

He added: “I’m definitely proud of them. Look you don’t like losing, I think that’s clear but as far as maybe building some of the things we want to build in this performance and our scoreboard measures as a team, we ticked a lot of those boxes.

“I thought we were good at taking our opportunities that came our way. We had a couple of really good set starts on good ball.

“And we tossed the ball away once. I think there was three where we had really good field position and lost the pill, that eases pressure and you can’t afford to do that in this type of game.

“They are obviously such a high-quality team but there is a lot to build on from that performance for the next games coming up. We know how a World Cup goes, you’ve got the three games to get yourself through.”