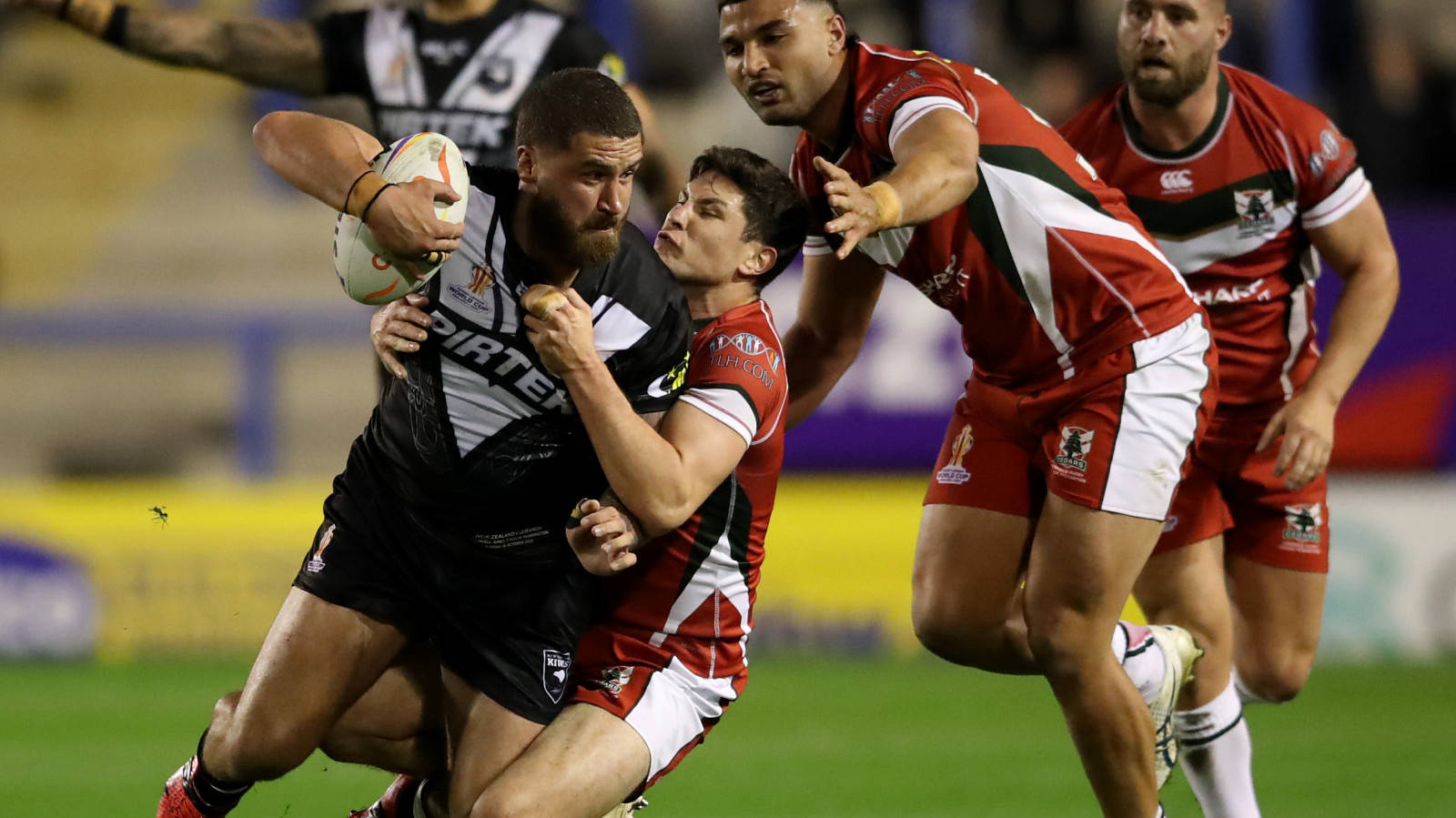 Joey Manu produced an inspired display as New Zealand eventually pulled away from a stubborn 12-man Lebanon side for a 34-12 win in Warrington.

The Cedars had taken the lead within a minute through Josh Mansour and trailed just 18-12 in the second half against the world number ones.

But that was when Manu swung the game definitively in favour of the Kiwis, setting up Dylan Brown before grabbing a try of his own while Lebanon had Adam Doueihi sent off.

Here are some of the pictures of the day:

Josh Mansour gave Lebanon a dream start with a try inside a minute. Getty Images.

New Zealand fought back with Kenny Bromwich crossing for one of their three first-half tries. Getty Images.

Mitchell Moses was hugely influential for Lebanon as they threatened an upset. Getty Images.

In the end, Joey Manu made the difference, setting up one try and scoring another. Getty Images.