Michael Maguire's world No.1 side survived a scare before winning their first game 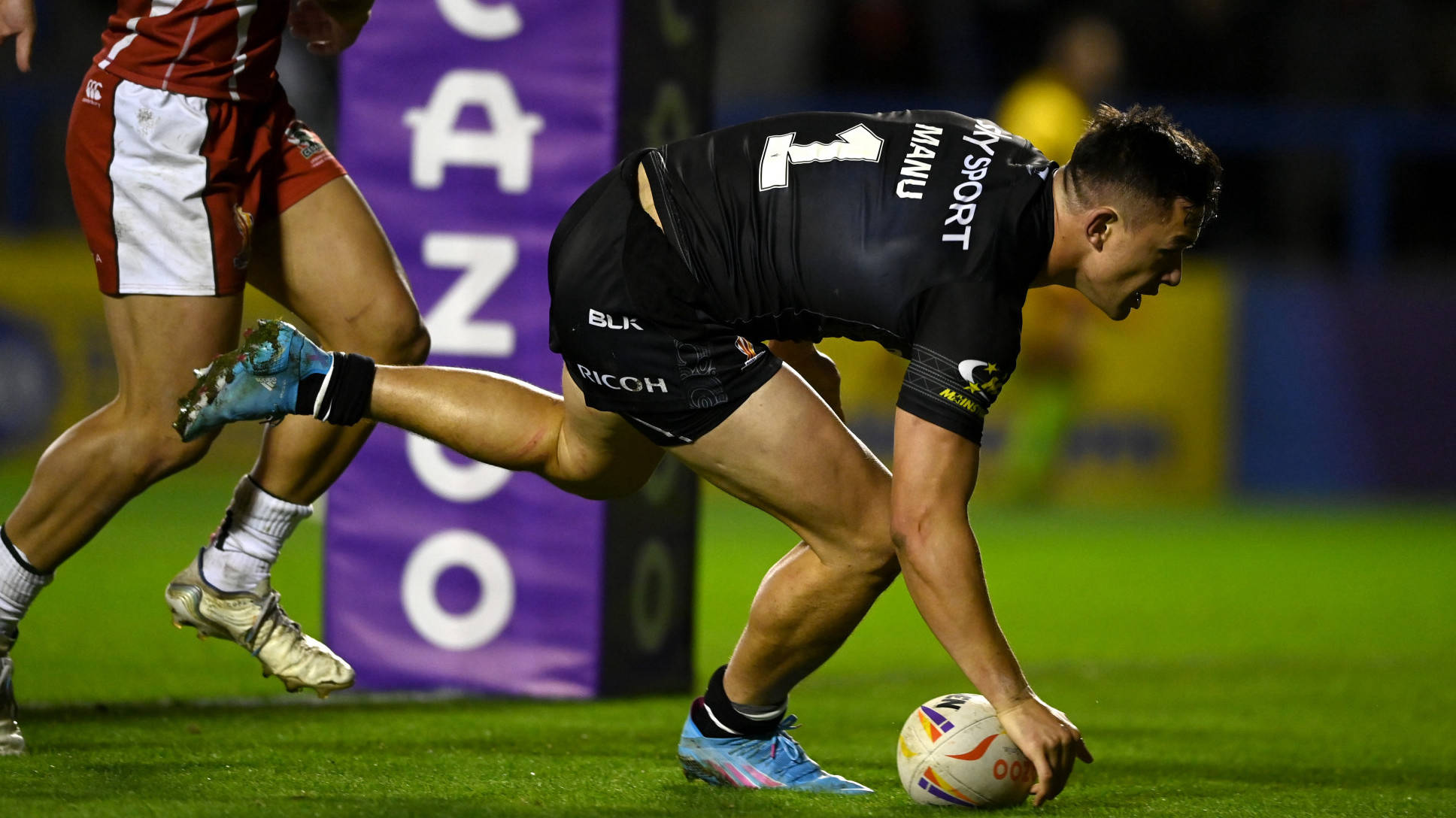 Michael Maguire's world No.1 side survived a scare before winning their first game

Joey Manu's brilliance helped New Zealand survive a huge scare to defeat 12-man Lebanon 34-12 as the world's No.1 side kickstarted their tournament with a win in the North West.

Michael Maguire's side are looking for their first World Cup title since 2008 but they made a slow start as the Cedars drew first blood when Josh Mansour crossed to put Lebanon ahead.

However, the Kiwis built into the game with three tries of their own from Kenny Bromwich, Nelson Asofa-Solomona and Peta Hiku to establish an 18-6 half-time lead.

Michael Cheika’s side again struck first in the second half before Sydney Rooster Manu's magic and a red card for Lebanon vice-captain Adam Doueihi put the game out of reach.

Lebanon got proceedings underway and within a minute had managed to do what they failed to the only previous time these teams have met – score.

Captain Mitchell Moses’ kick found Jacob Kiraz and when the ball was stripped backwards out of his hands by New Zealand, former Australia international Mansour reacted first to dot down and hand Lebanon a surprise lead.

New Zealand immediately looked for a response and found one through Bromwich, who touched the ball down in acrobatic style before Jordan Rapana converted to level the scores.

The Kiwis’ progress was routinely halted by errors, one of which resulted in them losing their captain’s challenge in the eighth minute as they unsuccessfully disputed a knock-on.

The Cedars made only five errors in the half to New Zealand’s 10 but the Kiwis went ahead on the scoreboard that mattered.

Asofa-Solomona caused problems from the minute he came off the bench and muscled his way over for New Zealand’s second try, before Hiku extended their lead on the half-hour mark having been expertly set up by Manu.

Manu continued to search for a fourth up until the half-time hooter, his fast footwork often drawing in as many as four tacklers, but he could not find a way to dance around all of them.

The start to the second half matched the first as Lebanon crossed to cut the deficit to six, Wigan's Abbas Miski scoring his 11th try in 10 international appearances after a pinpoint kick from Doueihi and slick passing from the Cedars.

Manu would not be outdone, though, setting up Dylan Brown to restore the Kiwi's 12-point lead, before stretching it further with a deserved try of his own, chasing his own kick before shrugging off the Cedars defenders to cross the whitewash.

Things got worse for Lebanon as Doueihi was shown a red card for dissent with an hour gone, and Rapana immediately made the most of the numerical advantage by going over for New Zealand’s sixth.

The Cedars continued to search for a third try, but could find no way through a more disciplined New Zealand defence as the Kiwis lived up to their billing to earn the victory.