Maizen: I was rattled before running in hat-trick 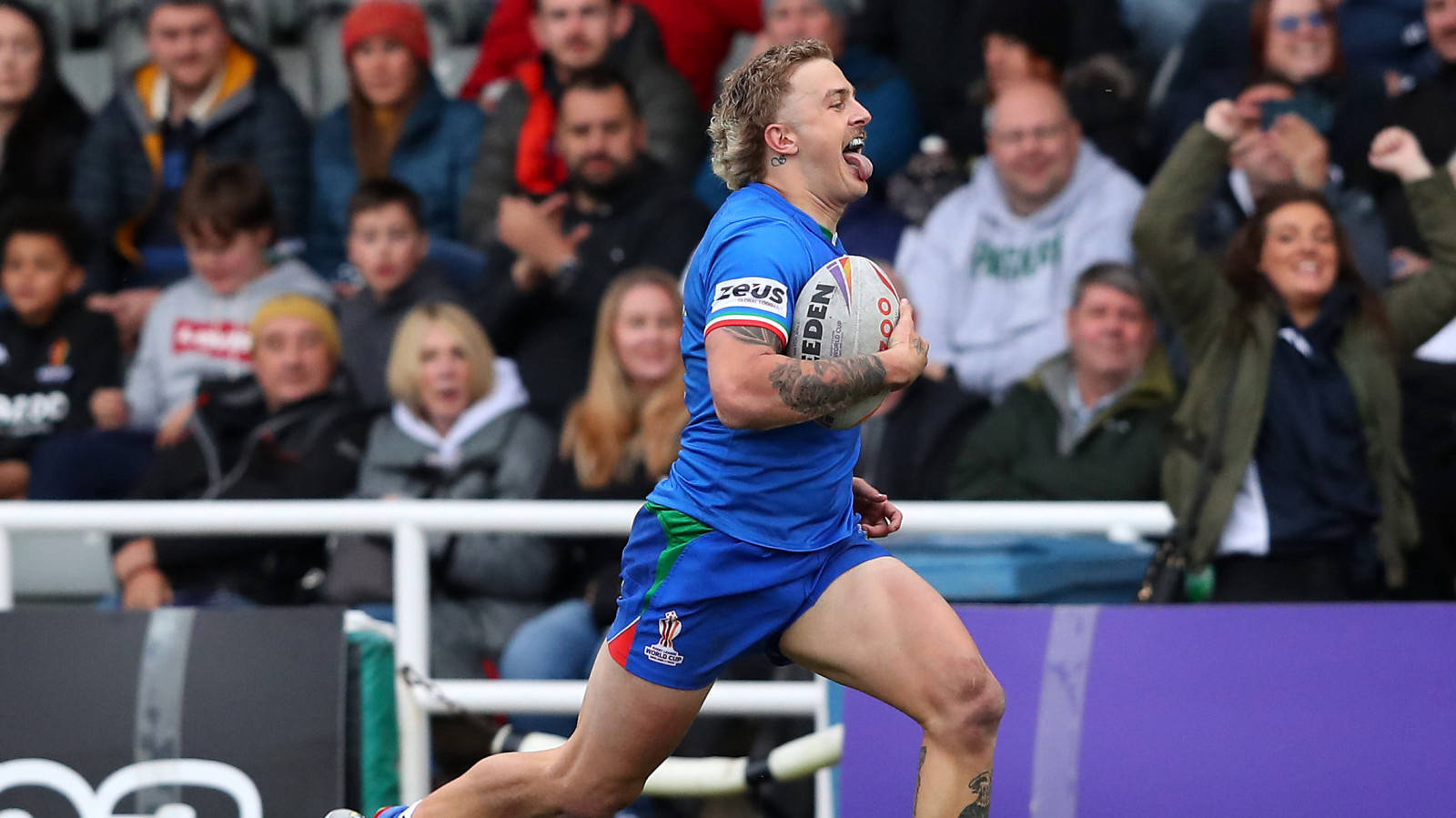 Maizen: I was rattled before running in hat-trick

Italy’s hat-trick hero Jake Maizen admitted he had to regain his composure after fluffing his lines in the first half of their 28-4 win over Scotland at Kingston Park.

Tries for Luke Polselli and Dean Parata gave Leo Epifania’s men a 12-0 cushion at half-time, but it could have been even better as two gilt-edged chances went begging.

First Italy were denied by Lachlan Walmsley’s outstretched hand with wing Maizen waiting to pounce before the 25-year-old fumbled with the try line at his mercy, although centre Daniel Atkinson would surely have scored himself if he had held onto the ball.

However, it mattered little in the end as Maizen regrouped before returning to score two tries in five minutes at the start of the second half to take the sting out of the Bravehearts before completing his hat-trick with a long-distance stunner to help seal an important victory in Group B.

“I’m more stoked with the win, scoring tries is great but the result is what we are here for and I’m buzzing,” said Maizen, who has been used more as a centre by the Sunshine Coast Falcons at Queensland Cup level this year.

“It did rattle me a bit [dropping the ball], I’ll be honest. You’ve got to finish those ones in these big games but that’s football you’ve got to brush those things off and if you are not 100 percent then you are doing your team nothing.

“I think the character of our team and our DNA is that we are tough and we keep showing up, so that’s what I tried to do for the boys.

“He [Atkinson] told me after the second try that I’ve got to get him one, but I told him he bombed his own! I was a bit shocked he passed but it’s high-level football and you’ve got to score those, so we will fix that next game.”

Maizen revealed he feels more Italian than Australian after his paternal grandparents moved from Italy to Newcastle, Australia in 1956.

But it was his display in England’s Newcastle that will have made his grandmother, whom he is very close to, from Cassino exceptionally proud.

“It means everything [to wear the shirt]. Even after the game I saw my dad and I was straight into tears, it means so much to represent my family, the country and my heritage,” Maizen explained.

“I’ve got a really strong connection with my nonna in particular, she’s a grandmother, a mother and a best friend.”

Italy’s performance was founded on passion and Scotland second row Euan Aitken, who is set to join new NRL franchise the Dolphins for 2023, confessed the Azzurri’s attack caught them off-guard.

He said: “We were quite poor, to be honest. Definitely not what we hoped or planned for.

“Italy surprised us a bit, not that we took them for granted, but they came out with a lot of intent and rolled through the middle pretty quickly.

“We were a bit frantic at the start and gave them too much field possession and they were good enough to capitalise on that.”

Nathan Graham’s side made 14 errors in their opening fixture and Aitken knows they will have to cut out the mistakes before they face defending champions Australia on Friday night in Coventry.

“We didn’t help ourselves, way too many errors and a couple of bad decisions on our part, myself included, it’s not what you want at the start of a tournament,” he added.

“It will be exceptionally tough to dust ourselves down because it’s a quick turnaround for Australia but we’ve got to rip in as much as we can and wear a bit of pride on our sleeves.” 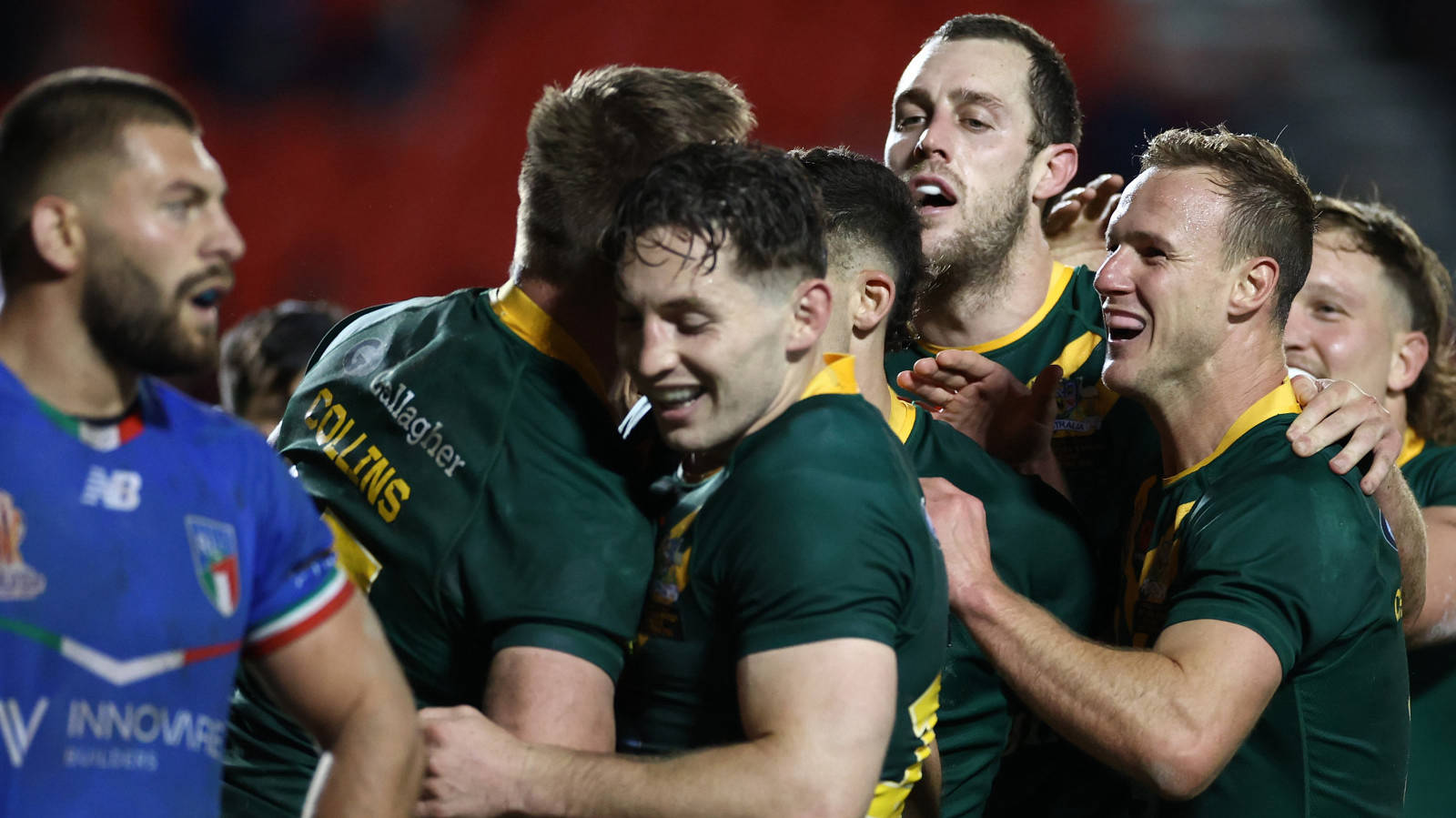 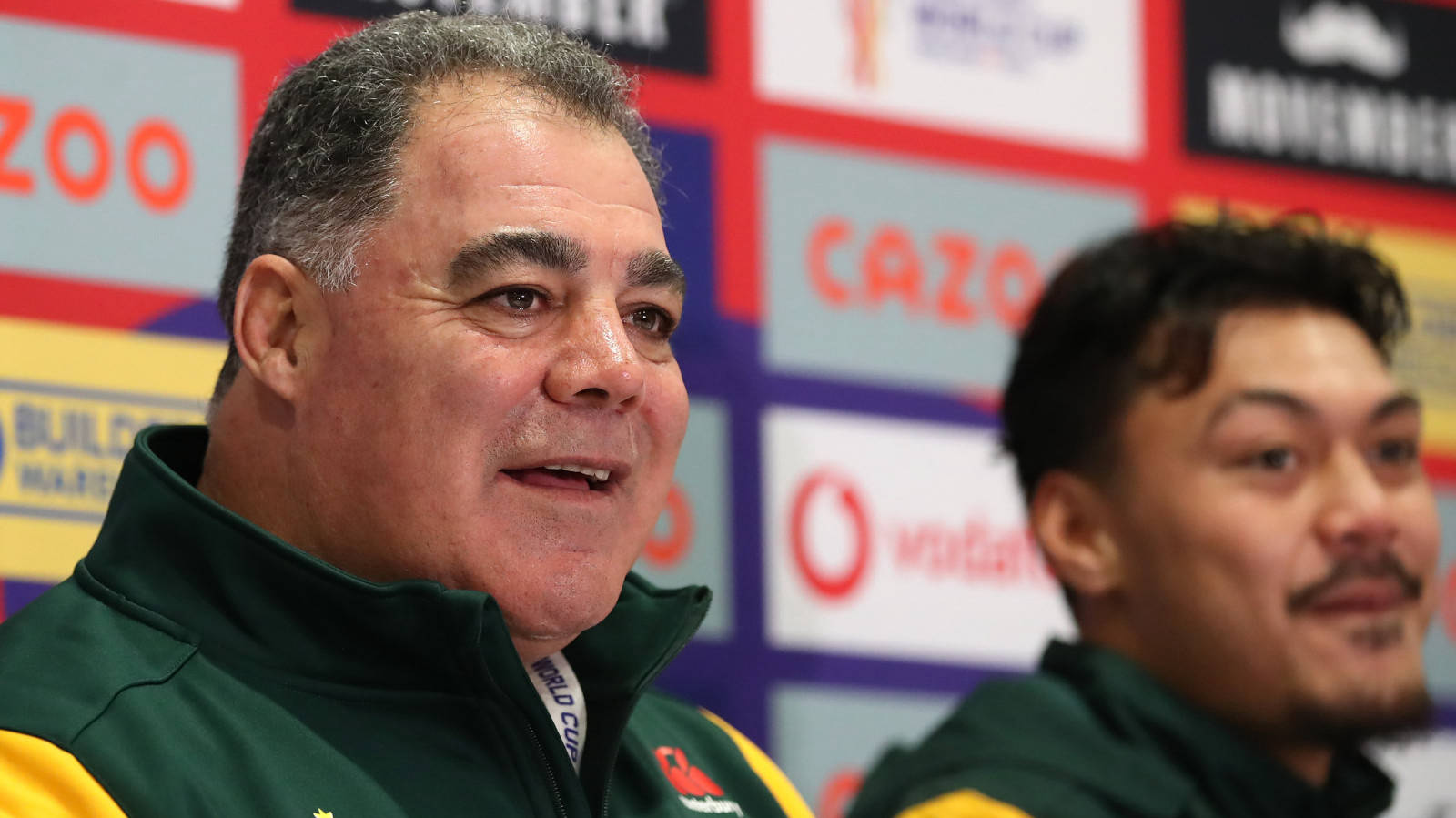 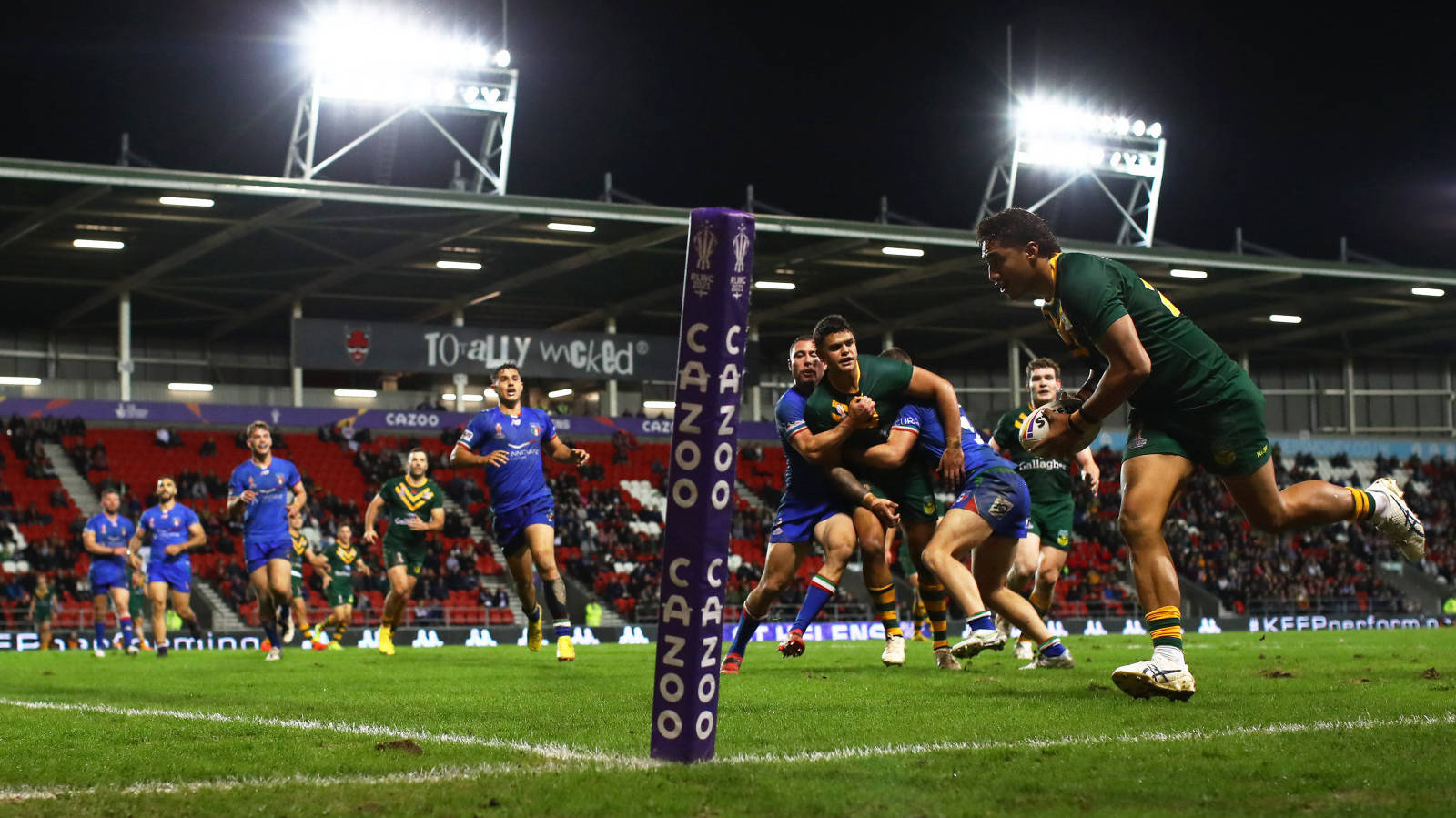 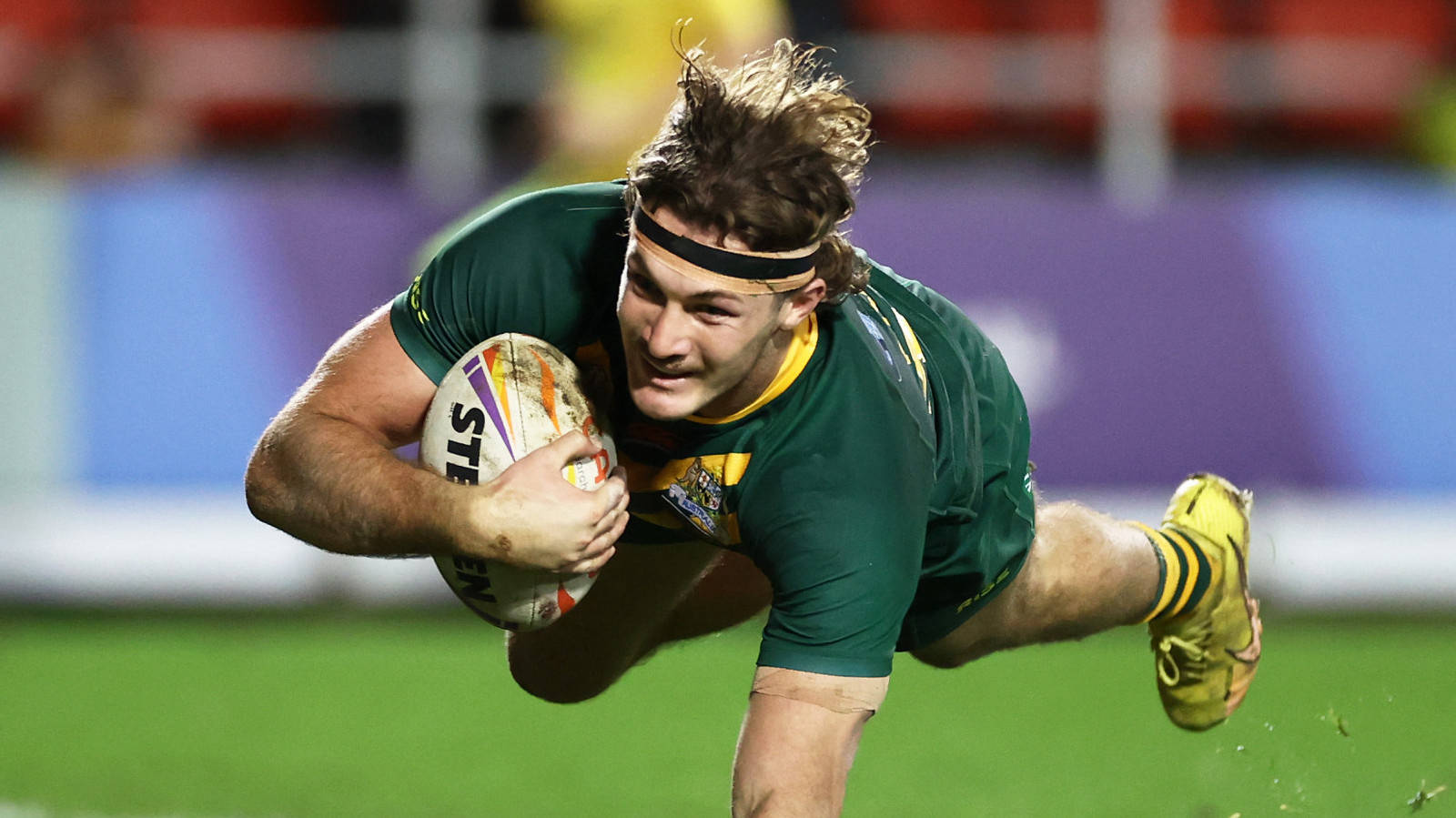