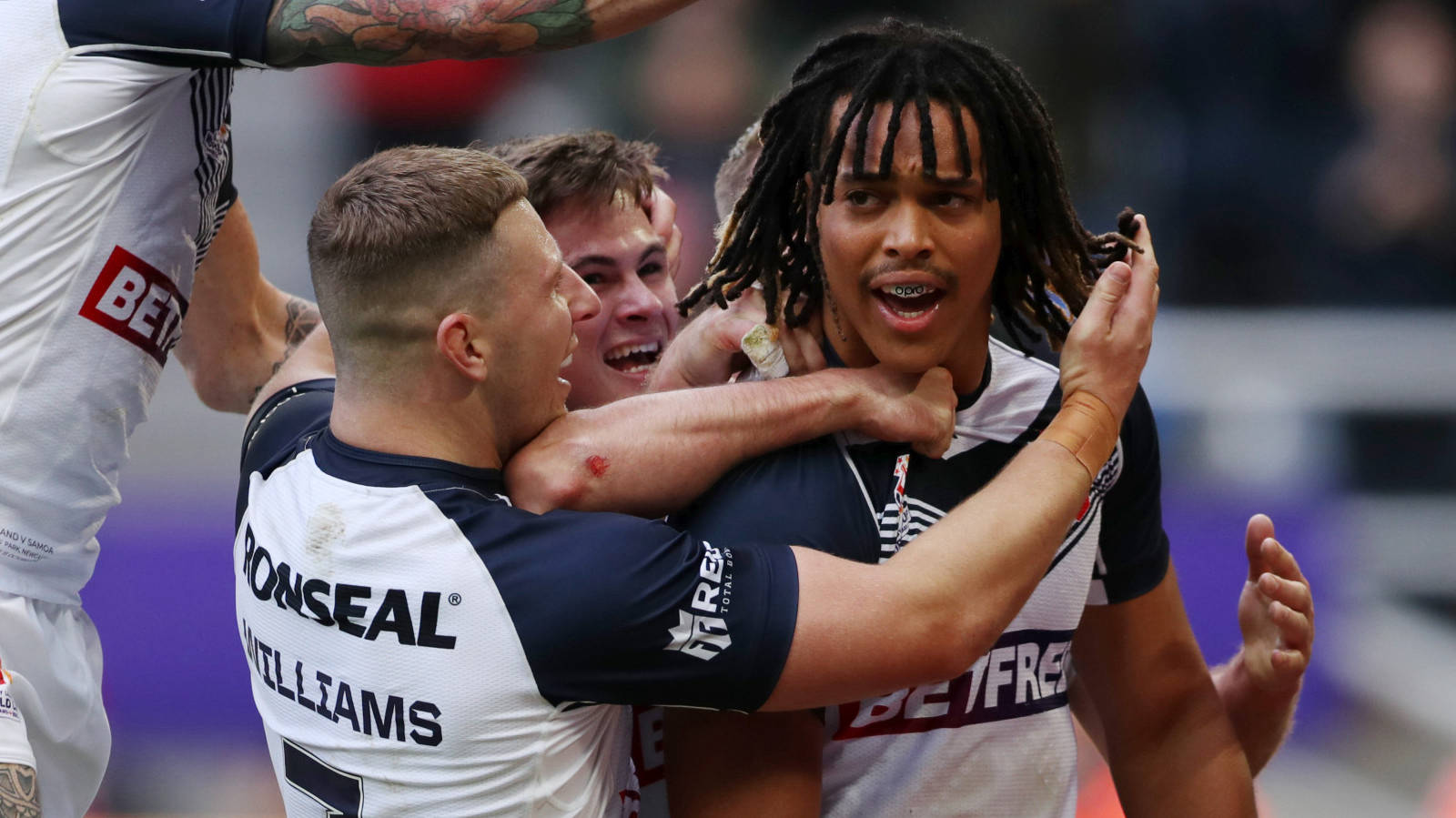 England were seen by many as underdogs against a star-studded Samoa in the opening game of the Rugby League World Cup, but Shaun Wane’s side made a mockery of that tag with a near perfect display.

The 60-6 win at St James’ Park in front of 43,119 people was littered with performances of the highest quality but ever the perfectionist, and worryingly for their future opponents, Wane insisted there was still room to improve.

Dom Young announced himself on the international stage with two sensational first-half scores while second row Elliott Whitehead grabbed a double of his own in four second-half minutes.

England completed a massive 36 sets and made a staggering 2,066 metres to stun Samoa and prove they are serious about going one further than 2017 and lifting the trophy at Old Trafford on November 19.

Underestimate England at your peril

With eight NRL Grand Finalists in their ranks, you can’t blame people for talking up Samoa but you can bet nobody will be taking England lightly after this opening salvo.

Wane’s men were firing on all cylinders from the off, controlling both sides of the ball, with Samoa’s only score coming from an Izack Tago interception.

France and Greece have been fired a warning with the hosts now strong favourites to top Group A and secure a more favourable quarter-final draw.

Wane revealed afterwards that he had relished being written off, but no-one is likely to make that same mistake again.

The exuberance of youth pays dividends

The two 21-year-old’s could not have repaid their coach’s faith in finer style as Welsby scored the opener before providing both assists for Young’s fantastic first-half double.

They had great joy on England’s right edge in tandem with experienced centre Kallum Watkins and even one miss pass too many from Welsby, which gave Samoa their only score, couldn’t take the shine off two scintillating displays.

The only thing George Williams can feel aggrieved about from Saturday’s match is not walking away with the player of the match award.

Victor Radley did plenty of good things on his England debut but Williams was a cut above the rest in the No.7 jersey, threatening the line constantly, bellowing instructions, kicking superbly and even scoring a try of his own late on.

It has been a tough year at Warrington Wolves for Williams, but his old Wigan coach Wane revealed he never doubted his place in his side and now everyone can see why.

Experience down under boosting England’s hopes

Perhaps eager to show what they can do back on home soil, one notable takeaway from this opening win was the impressive collective showing of England’s NRL contingent.

Young and Canberra Raiders star Whitehead found their scoring touch while Radley brought physicality in the middle and showed his skill set by stepping in as acting half at the death.

Brisbane Broncos’ Herbie Farnworth showed why so much is being made about the young centre with a try of his own and 74 post contact metres, the second highest tally in the team.

The name Burgess has been synonymous with England for years and prop Tom was in fantastic form up front, giving his side real go-forward and bundling over the line to atone for losing the ball in the process of scoring early on.

Samoa can only improve

Most things that could go wrong did go wrong for Matt Parish’s Samoa.

They shipped 60 points and are likely to lose Tyrone May, dislocated hip, prop Braden Hamlin-Uele, calf, and wing Hamiso Tabuai-Fidow, syndesmosis, for the rest of the tournament.

However, as they say, form is temporary and class is permanent and with more time to gel having only trained on Monday for the first time, you can expect Samoa to fire against Greece on Sunday.