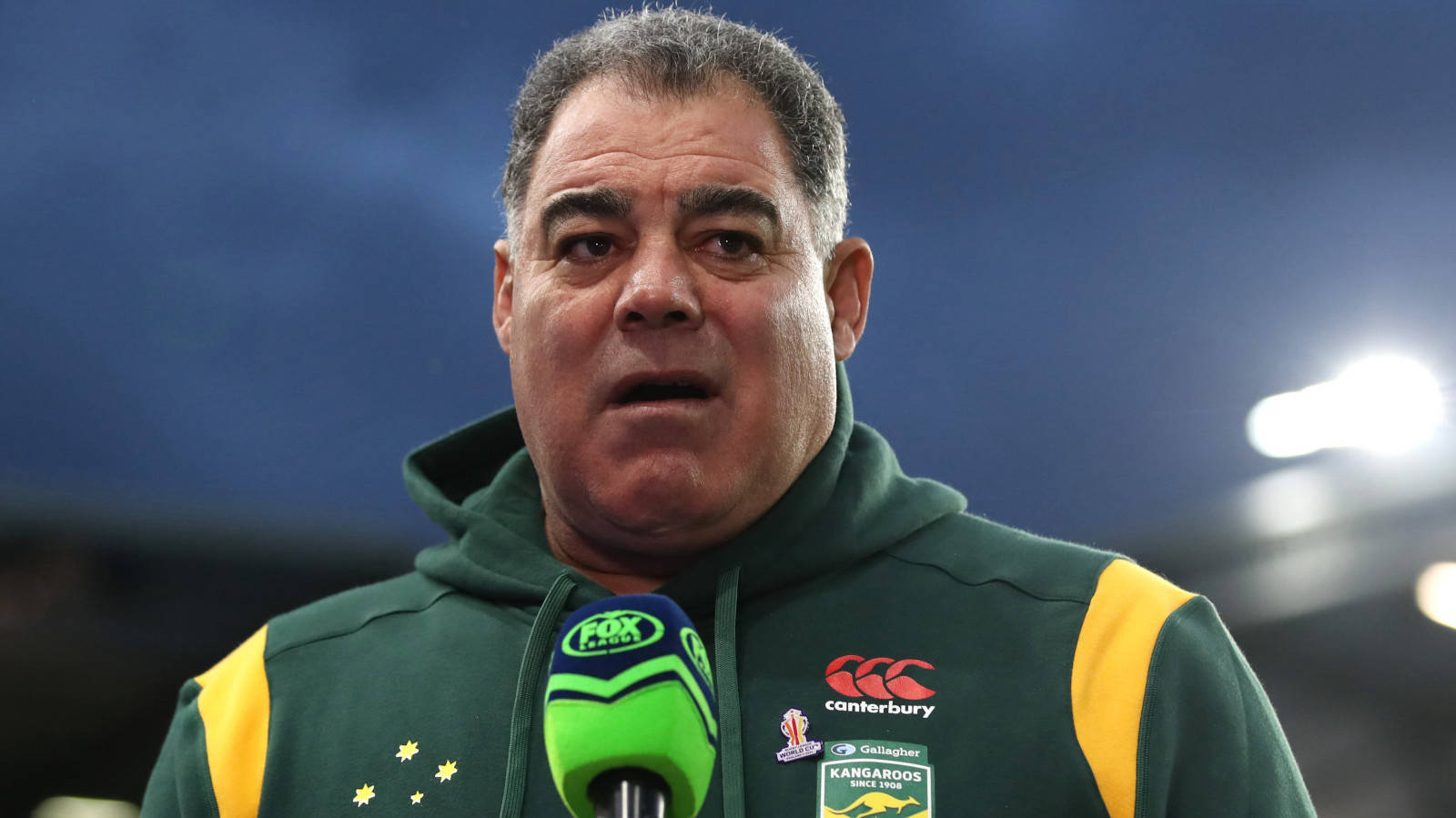 Australia coach Mal Meninga is confident his team can comfortably make the Rugby League World Cup quarter-finals after their dominant 42-8 win over Fiji.

The defending champions ran in seven tries as Josh Addo-Carr shone with a powerful double to kickstart the Kangaroos' search for a third consecutive World Cup title.

It might have been a slow start, as Semi Valemei crossed four minutes in for Fiji, but Meninga's side, featuring seven debutants, showed their strength after dusting off the cobwebs in their first international in over 1,000 days.

Meninga said: "Well it was a bit clunky with the footy but as I just mentioned to the team, I was really happy with that defence and this means our attitude is good.

"All the things we talked about, [we] ran deep and the effort levels there were excellent.

"I think we could get a little bit better with the football but as our first header, seven debutants and a lot of people who haven't played together before we can get better there definitely.

"The debutants played really well, but honestly the effort from all the team were really good.

"After tonight's victory I'm pretty confident we'll make the quarters and see what happens from there."

Meninga's side went into half-time 18-4 up but came out with renewed vigour in the second half as player of the match Cameron Munster put Latrell Mitchell under the posts within the first few minutes to stretch the lead.

Mitchell is just one player in a squad that is bursting with talent and Meninga has already confirmed that there will be a change in the starting line-up ahead of their next challenge against Scotland with the rested NRL Grand Final stars primed to return.

He said: "The guys who didn't play tonight will be playing next week definitely, I'm not quite sure where but we will pick a team with those guys in it.

"I'm not going to speculate just yet, I'm going to be fair to everyone on the footy team and give everyone the opportunity throughout the tournament.”

Australia captain James Tedesco crossed the line in his first game in charge shortly before Addo-Carr propelled himself over the line for his second of the game.

But it was Fiji who had the last word, Sunia Turuva crossing the line to close out the game.

And with his eyes already veering towards the latter stages, Meninga is now running the rule over some of his main rivals.

He said: "Fiji competed really well, they're a very physical side, particularly defensively as well and they've got some great players in their footy team.

"They've made the semis a few World Cups in a row so they're fairly formidable and they can only get better as well.

“[England] did pretty well against a Samoan side that to me weren't quite where they needed to be.

"I think Samoa will improve on today's performance, England then obviously Tonga who are playing next week. Those teams will be a fair challenge when we do meet them."