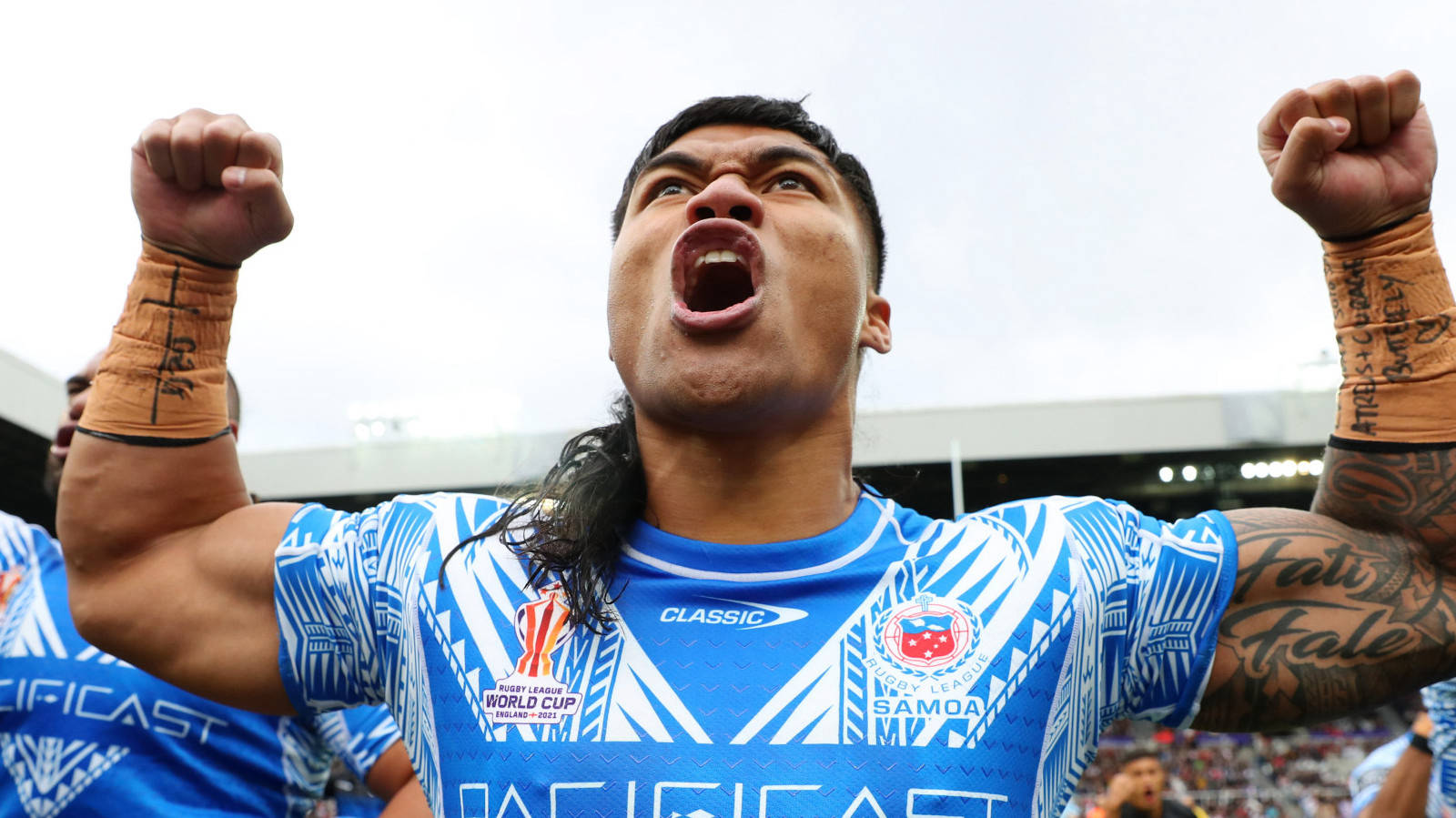 England made the perfect start to the Rugby League World Cup with an emphatic 60-6 win against Samoa on a colourful day at St James' Park.

An opening ceremony preceded kick-off, with the trophy paraded and a performance from rock band The Kaiser Chiefs.

However, it was England who finished as the headliners as the hosts ran in 10 tries, including two each from Dominic Young and Elliott Whitehead.

Here are some of the best pictures from the day.