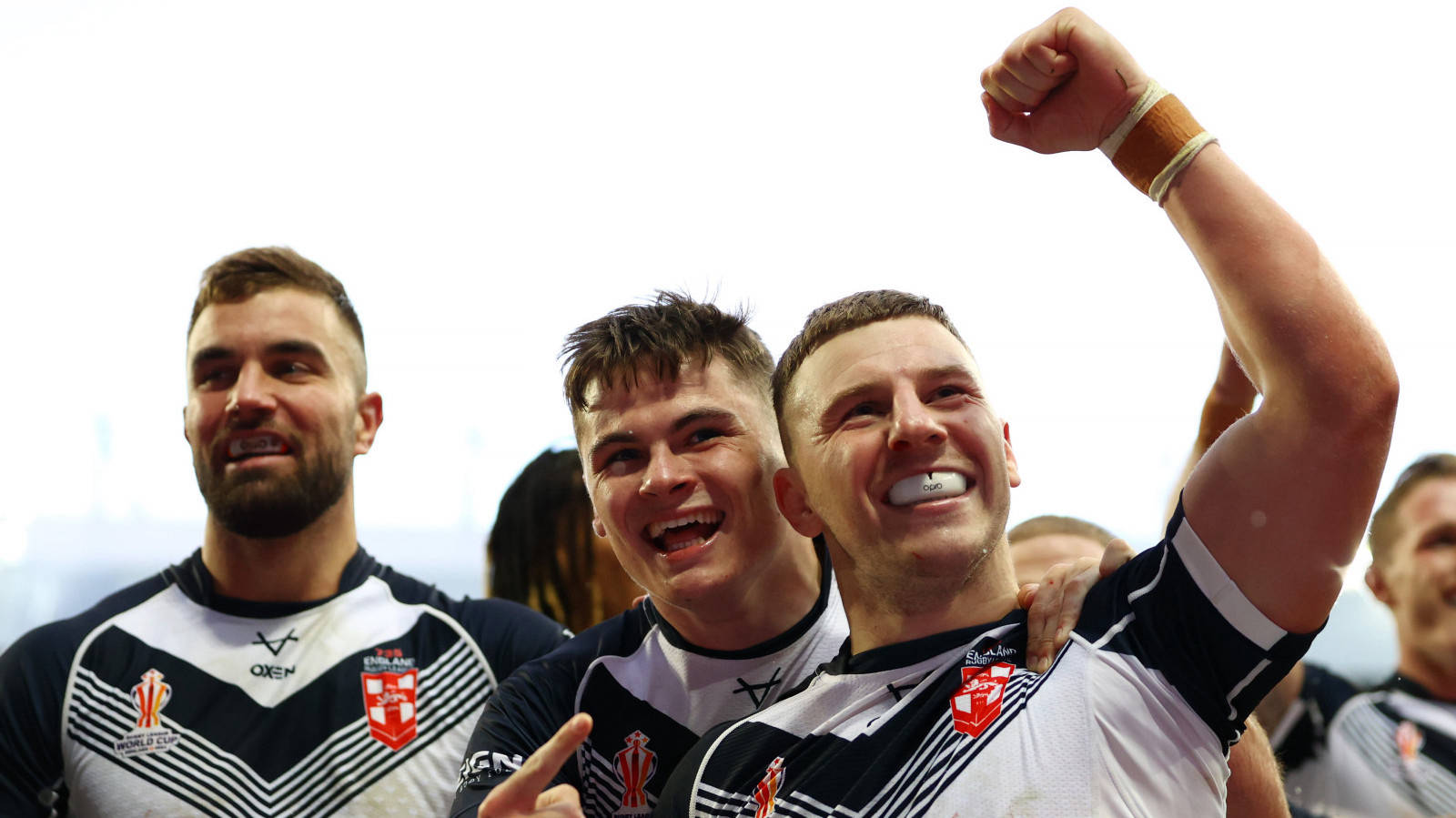 Head coach Shaun Wane admitted he relished England being written off heading into the Rugby League World Cup opener after his side stunned Samoa 60-6.

With the Pacific Islanders boasting six players from back-to-back NRL champions Penrith Panthers, many had made Samoa favourites for the Group A clash but England silenced their doubters in emphatic style by running in 10 tries at St James’ Park.

And Wane’s men were ruthless after the break, Elliott Whitehead grabbing a double with further scores for Kallum Watkins, Herbie Farnworth, Tommy Makinson, George Williams and Tom Burgess as the hosts scored 42 answered points, including six tries in the last 16 minutes.

“I know nobody gave us a chance to win the game but within our group, we have really tight team spirit,” explained Wane, who has been preparing for this tournament since his appointment in February 2020.

READ MORE: Samoa captain urges his side to bounce back after England defeat

“And we knew how we’d trained and what we can do and we enjoyed all that negativity to be honest.

“We were just happy to do what we do and whatever people comment about us is entirely up to them.

“I’m not on social media, so I don’t hear lots of things but I knew it was quite negative about us.”

England had the better preparation after enjoying a 50-0 warm-up win over Fiji last Friday while Samoa only trained for the first time on Monday.

Panthers star Jarome Luai never got his side firing and fellow half-back Anthony Milford was sent to the sin bin, triggering a late flurry of tries but Wane insisted his side’s defence was key in restricting their opponents to just an Izack Tago interception.

He added: “Samoa are a very good team. You look at their individuals, their players in the Grand Final. They are an outstanding team no question about that.

“Their attack wasn’t as good as it can be but we defended well as well. I can’t give our English lads enough praise today.”

Newcastle Knights flyer Young shone in the first half with a phenomenal 40-metre effort before following it up with a spectacular dive in the corner to seal a dream debut in front of a home crowd of 43,119.

Young said: “I guess a lot of people over here probably haven’t seen too much of me with me being in Australia but every time I step on the field, I try and do what is best for the team and work hard and luckily I got a bit of space today and could show what I’m about.

“It’s a dream come true, to be honest with you. I couldn’t have imagined that start before the game, to have all my family and friends watching it live.”