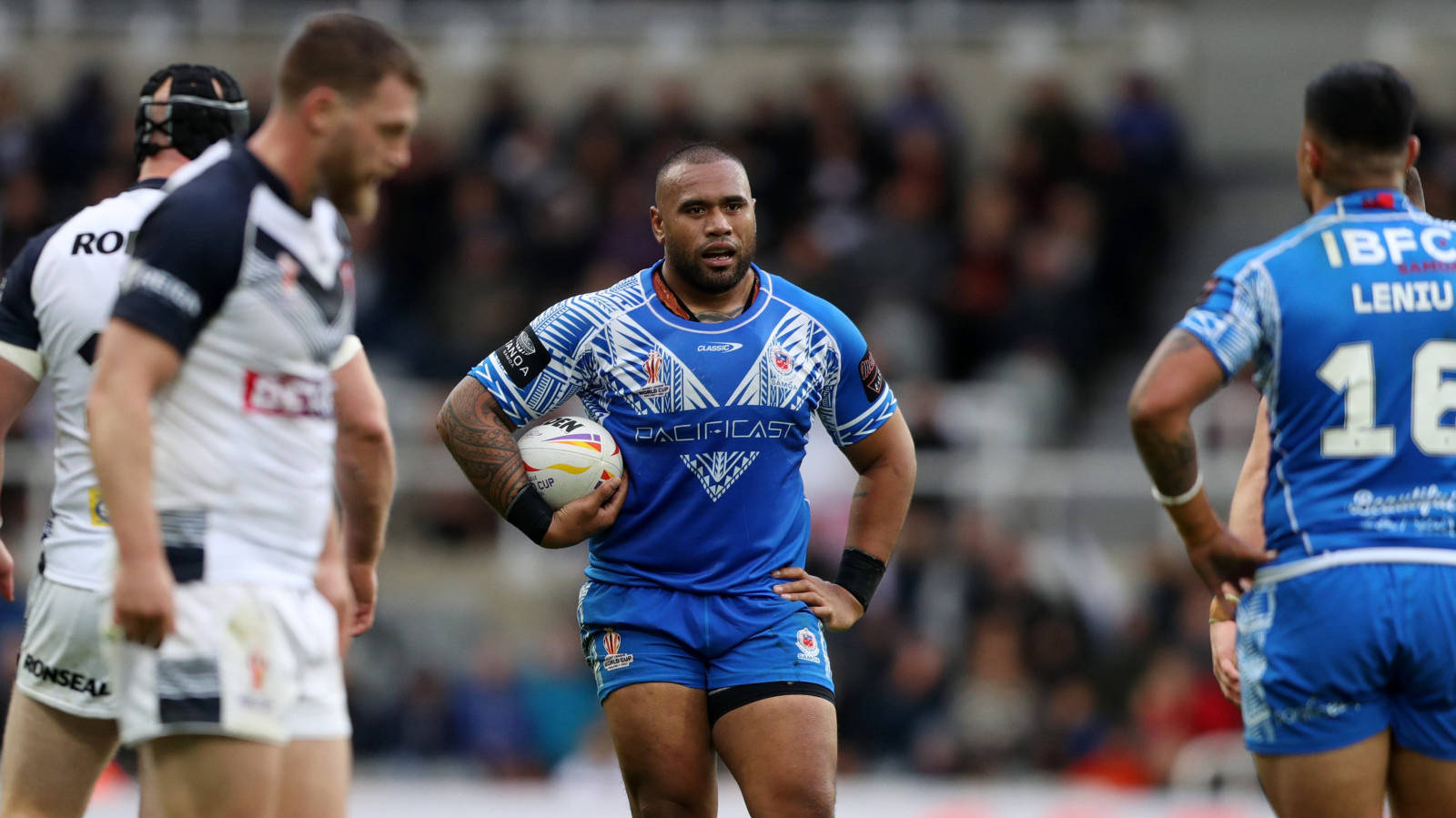 Samoa captain Junior Paulo challenged his team to bounce back from a disappointing first day after they slipped to a 60-6 defeat against England in the Rugby League World Cup opener.

The bookies had made the Pacific Islanders favourites to spoil the hosts’ party at St James’ Park but an inspired England ran in 10 tries to the delight of the majority of the 43,119 in attendance.

Matt Parish’s men never got going with the likes of Jarome Luai and Stephen Crichton unable to replicate the form that helped Penrith Panthers claim their second successive NRL title a fortnight ago.

Izack Tago’s first-half interception was all they had to show for their efforts against an inspired England.

“I think any team would be struggling if they are that far behind on the scoreboard but you have obviously got to be more resilient. It is hard to stop momentum when it’s going one way,” said Paulo, whose side trained together for the first time on Monday.

“You have got to be able to find a way to stop it and go again. Any team that turns over the ball that much, the other team is going to capitalise on it.

“With a quality team like they have, that’s just the result.

“Don’t get me wrong they are a quality team, but we have definitely got a quality team too. We have just got to be resilient and bounce back.

“They obviously outclassed us today but this is the start of the tournament, so we have got to go back, regroup and move on to the next week and, despite a few injuries, we have got guys who are going to slot in and do the job.

“We’ve only got each other to lean on, so it’s a good test of character for us moving forward.”

Samoa have injury concerns, with prop Braden Hamlin-Uele helped from the field with a calf problem, Tyrone May stretchered off with a dislocated hip and wing Hamiso Tabuai-Fidow seen leaving the ground in a moon boot due to a syndesmosis injury.

But head coach Parish was in no mood to make excuses as his side look to get their Group A campaign back on track against Greece next Sunday, although he admitted his injured trio are unlikely to feature again in the tournament.

“It wasn’t the result we wanted obviously, it is what it is. England played very well, we had a few injuries and a few setbacks that we probably didn’t handle as well as we could,” he said.

“They got a lot of momentum and we couldn’t swing it back. We’ve got a few injured guys in there that I don’t think will take any further part in the tournament.”

Jack Welsby scored the first try of the tournament before assisting Dominic Young twice to give England an 18-6 half-time lead.

They then they ran in 42 unanswered points after the break, Anthony Milford’s sin-binning for a late hit on Sam Tomkins helping to open the floodgates.

England ran in six tries in the last 16 minutes, but Parish insisted his side did not throw in the towel.

“That’s disappointing but look we rolled in here this morning with a good team, we’ve still got a good team,” he added.