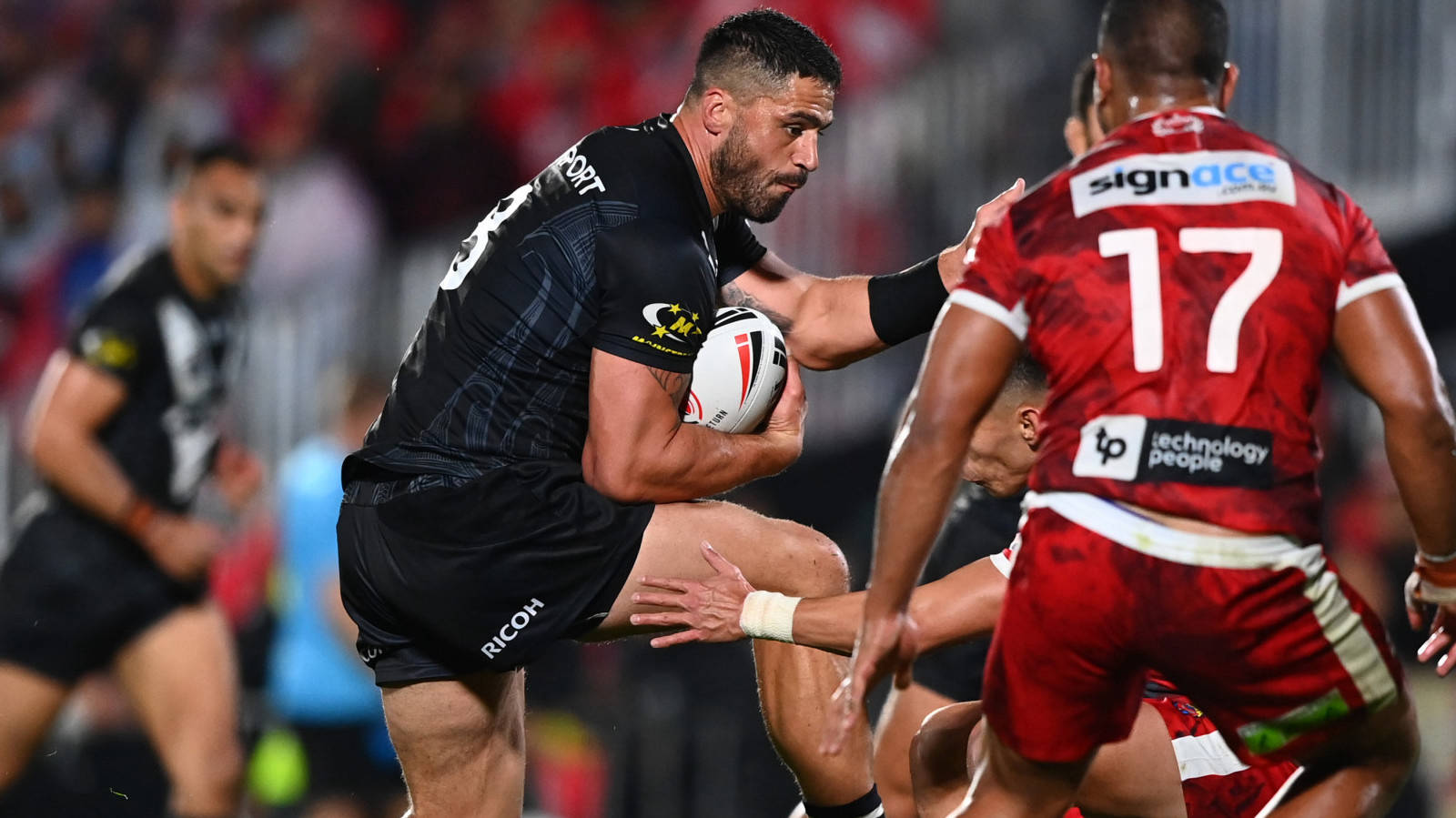 Jesse Bromwich claims his New Zealand team have been fully fuelled by their failure to fire at the last Rugby League World Cup.

The world's number one ranked team open their campaign against Lebanon in Warrington on Sunday as they seek to win the Paul Barrière Trophy for only the second time.

And the memories of their quarter-final defeat to Fiji five years ago are not far from Bromwich's thoughts as he prepares to lead the class of 2022.

"That was our lowest point but what makes me proud is the strides we've made since, the response we showed," he said.

"We all really believe in what Madge (Michael Maguire) is trying to do. The thing about him is he’s just so passionate and doesn’t turn off. He is a rugby league man and I really appreciate the work he has done and the staff he has brought over.

"It’s an amazing opportunity for someone like myself, at my age, to captain my country. It's my last World Cup, so it’s really special.

"We've had some really complete performances coming in and I think if we have that sort of mentality moving into the actual competition, it’s going to be a very tough Kiwis team to beat.

"It’s crazy and I don’t envy our coaches job, because it is going to be really tough to tell some of these players they won’t be playing."

Bromwich claims anything less than a final appearance at Old Trafford next month will be viewed as a failure by the world's number one team - and he knows what it takes to win in England, having been part of the Melbourne Storm team that beat Leeds Rhinos in the World Club Challenge in 2013.

"The main thing for me is explaining to the boys about the crowd over here," he added.

"It’s totally different to how it is back in Australia and New Zealand where they’re loud, but you come over here, they are really loud, they are right on top of you, so we need to be ready for it.

"It’s more about the soak it up mentality. We need to enjoy the life experience of playing over here."

Michael Cheika admits his Lebanon team are managing expectations, with the key ambition of being competitive at Headingley and laying foundations for future group games against Ireland and Jamaica, which will likely decide their last eight fate.

READ MORE: Sleep is precious for Lebanon coach Cheika in his cross-code challenge

Captain Mitchell Moses missed the birth of his first child to help Parramatta to the NRL Grand Final, before leaving his young family back in Australia to lead the Cedars charge here.

The 28-year-old half-back admits he is motivated by the Eels defeat in that game as he plots international success.

“It hurt a lot and it still hurts thinking about it now," he said. "But you have to move on and the World Cup has taken my mind off it a little bit. I learned a lot of lessons in that game I want to take into this World Cup.

“We have a young squad here at the moment who play local footy in the junior ranks of the NRL. They are semi-pro players but they are getting a lot out of playing professionals here, it’s good to see them recognised like that.

“I got so much playing for Lebanon in the last World Cup, I know how much it means to the boys to be representing Lebanon, and putting this jersey on, it means a lot to me and my family, so I am very excited for the challenge to come.

“Obviously, Lebanon have been going through a tough time at the moment back home, so if we can make them proud and represent them on a world stage, hopefully we can do that."