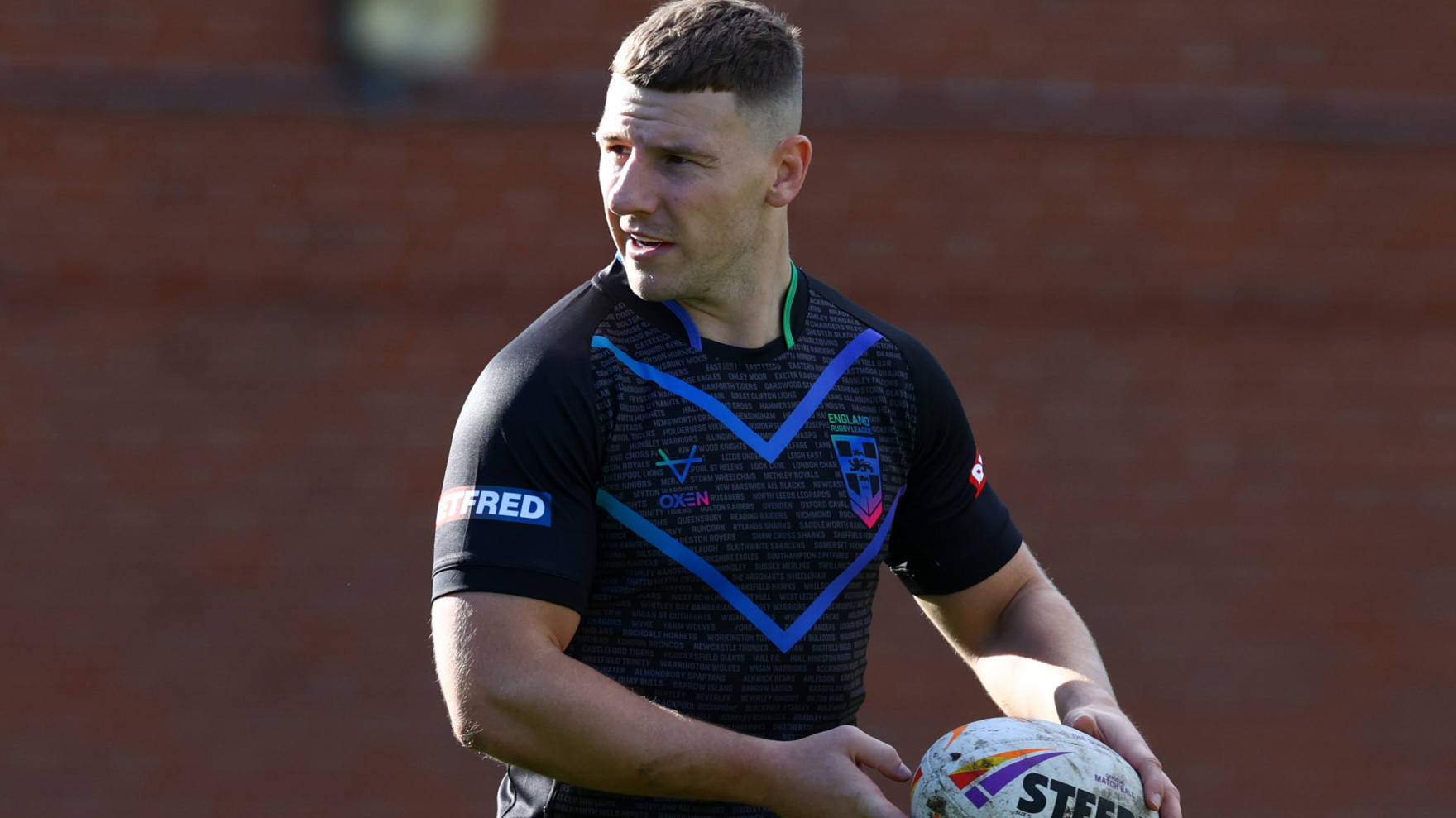 England half-back George Williams has urged his side not to let the occasion get the better of them in their colossal Rugby League World Cup opener against Samoa.

Shaun Wane’s men kick-start the delayed tournament at St James’ Park on Saturday afternoon against a star-studded and well-fancied Samoa side boasting six NRL champions from the Penrith Panthers.

More than 40,000 tickets have been sold for the first game and Warrington Wolves playmaker Williams is hoping the fervent home support can make the difference with both sides eager to get off to a flyer in Group A.

England and Samoa have named their 19-man squads ahead of Saturday's huge clash on Tyneside.

Grand Final winners and NRL superstars on both sides – who comes out on top at St James' Park on Saturday afternoon?

He said: “It will be a really good occasion and special for us all. The number of tickets being sold excites the group and sets us up for a great game.

“The atmosphere will be massive especially if it’s a tight game and there’s 10 or 15 minutes left, you need that crowd behind you.

“Being on home soil, we want to make the home fans proud, and we appreciate them coming out in good numbers too.

“As big as the occasion is you can’t let that get the better of you. It’s what you play the game for, you want to be involved in the big games.

“Playing for England is the pinnacle, and I can’t think of anything bigger than this for us as a nation in the sport and as a team.”

Williams captained that game, with full-back Sam Tomkins rested, and reserved special praise for the team’s young contingent with another 21-year-old in Jack Welsby set to partner him in the halves and Wigan second row Kai Pearce-Paul included in the 19-man squad.

“We were all impressed with Dom Young last week,” explained Williams.

“I’ve watched him a couple of times in the NRL but playing with the big fella, he’s pretty good and a good athlete. I didn’t realise he was that big!

“We all know about Jack Welsby and Kai Pearce-Paul, they are the young kids in the group and they’ve fitted in like a glove. They are very talented and that’s why they’re here.”

Williams’ Samoan counterpart Jarome Luai, who turned down Australia, is one of the Pacific Islanders’ biggest threats having steered the Panthers to successive NRL titles.

However, the match-up between the two forward packs appears to be the most intriguing with Samoa skipper Junior Paulo, who is joined in the middle by fellow State of Origin prop Josh Papali'i, relishing the contest up against England debutant and Sydney Roosters lock Victor Radley.

Paulo said: “Radley is one of those players who is a bit of a link for them and we certainly know he hits hard in defence as well. Both teams have good forward packs, it’s going to be a good battle.”

At Monday’s tournament launch, England boss Wane suggested his side need to be good technically as Samoa are 10-15kg heavier to a man, but Paulo laughed off those comments.

He said: “I don’t know if I should take offence to that or not. It’s a game of rugby league, forwards are there to do their job and lay the platform and it’s going to be a good test for us to start.

“Most games are won in the middle and the backs determine by how many points, so we are looking forward to the challenge.”