What are the teams for New Zealand v Lebanon men at the Rugby League World Cup? 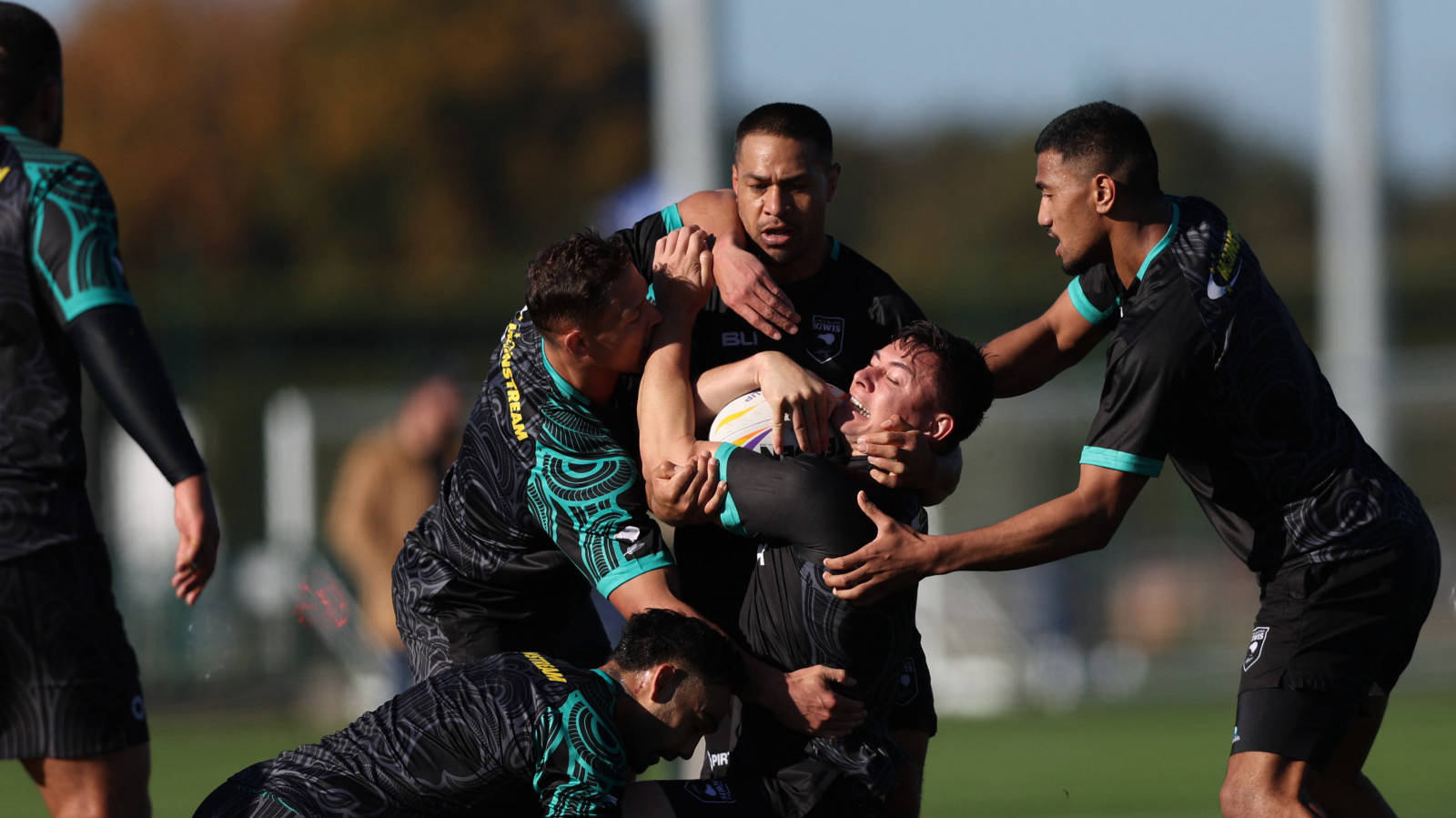 What are the teams for New Zealand v Lebanon men at the Rugby League World Cup?

Both sides will be looking to make the perfect start to life in Group C at Warrington’s Halliwell Jones Stadium, with Ireland and Jamaica making up the group.

The Kiwis, who were the last team other than Australia to lift the trophy back in 2008, go with a 19-strong team that includes star winger Jordan Rapana and captain Jesse Bromwich.

Lebanon include Mitch Moses in their 19-man squad with the 28-year-old skipper fresh from a superb NRL campaign with the Parramatta Eels.

The two sides only previous meeting also came on English soil, 22 years ago this month at the 2000 Rugby League World Cup.

New Zealand ran out 64-0 winners in the Group Two clash at the Kingsholm Stadium in Gloucester, with the Kiwis going on to reach the final.

Lebanon’s sole previous win at the World Cup also came in their first game of the tournament.

They began their 2017 campaign with an entertaining 29-18 win over France. Can they make another perfect start this time?

The number one ranked side in the world have a stellar Rugby League World Cup record, the highpoint coming in 2008 when they defeated hosts Australia in the final to lift the Paul Barrière Trophy for the first time.

While the pandemic has curtailed the international game in recent years, the Kiwis did win their first game in just over two-and-a-half years last time out with a win over Tonga.

Lebanon have won their last two internationals with wins against Malta and Fiji, albeit the latter took place back in 2019.

The Cedars have previously competed at the Rugby League World Cup finals on two occasions, going out at the group stage in 2000 but making a strong return in 2017 with a run to the last eight.