What are the teams for England v Samoa men at the Rugby League World Cup? 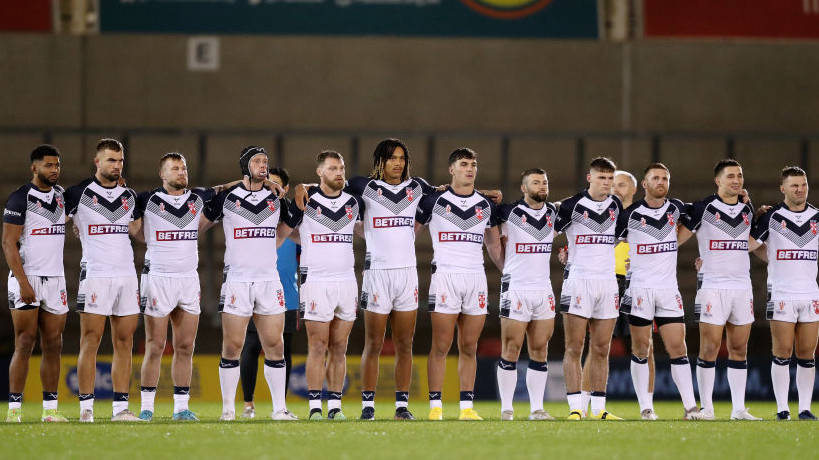 What are the teams for England v Samoa men at the Rugby League World Cup?

England's Shaun Wane and Samoa's Matt Parish have revealed their match day squads ahead of the opening fixture of the Rugby League World Cup in Newcastle this weekend.

Captain Sam Tomkins will play his first World Cup since the semi-final at Wembley in 2013 with five of the team capped more than 20 times. In addition there are four players from Super League champions St Helens selected.

England have played three matches against Samoa and never lost, winning their last encounter in an international ahead of the 2017 Rugby League World Cup 30-10.

They played in the 2014 Four Nations in Brisbane, their closest encounter yet with England winning 32-26. Their first meeting was England's biggest margin of victory, a 38-14 win in Hull in November 2006.

Samoa have won two of their last three internationals and will be looking to win back-to-back games for the first time since three straight wins against Tonga from May 2015 to August 2016.

England are ranked third in the world after reaching the last Rugby League World Cup final, losing 6-0 to Australia in Brisbane.

While the pandemic curtailed international rugby league, they beat world number one-ranked New Zealand 2-1 in the three-match Baskerville Shield series in 2018 and have won their most recent internationals, beating France 30-10 in 2021 and Fiji 50-0 last week.

Samoa are currently ranked seventh in the world and haven't played since a 44-17 defeat to Fiji in Auckland in 2019. They were winless at the last Rugby League World Cup, losing 38-8 to New Zealand, 32-18 to Tonga and drawing 14-14 with Scotland. However, with eight NRL Grand Finalists in their squad for this tournament, those performances certainly need caveating.