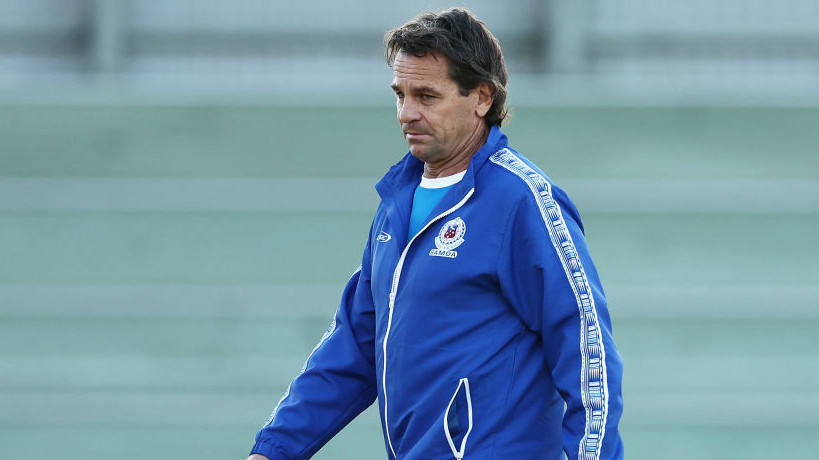 Samoa coach Matt Parish rubbished claims his side are favourites to topple England, instead insisting they are undercooked ahead of Saturday’s Rugby League World Cup opener.

England boss Shaun Wane and the bookies have installed Samoa as favourites after several high-profile players chose to represent the Pacific Islanders ahead of Australia and New Zealand.

Parish can call upon eight players who featured in Penrith Panthers’ win over the Paramatta Eels in the NRL Grand Final but Samoa only had their first training session in the UK on Monday while England warmed up with a 50-0 win over Fiji on Friday night.

“It doesn’t really worry us whether we’re favourites or not. We’re underdone for the first game,” said Parish, who has guided Samoa to the quarter-finals at the last two World Cups.

“England have had a trial match where our guys were all on a plane, so we’ve had our first session this morning with our squad.

“We’ll have two more sessions this week, then we’ve got to play an opening World Cup game. But I’ve got no doubt we’ll put in our best performance.

“The upset would be Samoa beating England. That’s never happened before.”

Panthers duo Jarome Luai and Brian To’o were set to make the Australia squad before pledging their allegiance to Samoa and Parish admits it is a big coup to have the household names on board even if it will take a bit of time for them to gel.

Samoa will face Greece and France after their Group A opener in the North East and Parish expects his side to keep on improving as they bid to make it into the knockout phase with the aim of lifting the trophy at Old Trafford in five weeks’ time.

The wait is almost over.

England take on Samoa at St James' Park this Saturday – ready yet?

“They realise they’ve got a group of young people who can do something. We have got a very young squad but it’s exciting too, we’re looking forward to it.

“They played a Grand Final two weeks ago so they won’t be that rusty but obviously we need to get some connection with the team and some continuity with the players they’re playing with.

“So from that point of view they’ll be a little bit rusty. But our goal is to peak further down the tournament not Saturday night.

“The one on 19 November is probably a bit more important than this one but they’re all important. They’re World Cup games.

“I’m confident that we’re going to get better as the competition goes on. You look at the teams that are competing and it’s by far the strongest World Cup ever.

“It’s the most even. It’s exciting to be a part of. We’ve got plenty of confidence but plenty of work to do too.”

Much has been made about the physical battle in the middle at St James’ Park with England’s strength lying in their forwards and Samoa set to field a heavy pack led by captain and prop Junior Paulo.

However, Parish suggested his side will be happy to chuck the ball around in order to come through a stern test against the hosts first up.

He explained: “I’ve already read several articles saying they’re going to come out and bash us.

“We want to play footy. We don’t want to bash anyone.”