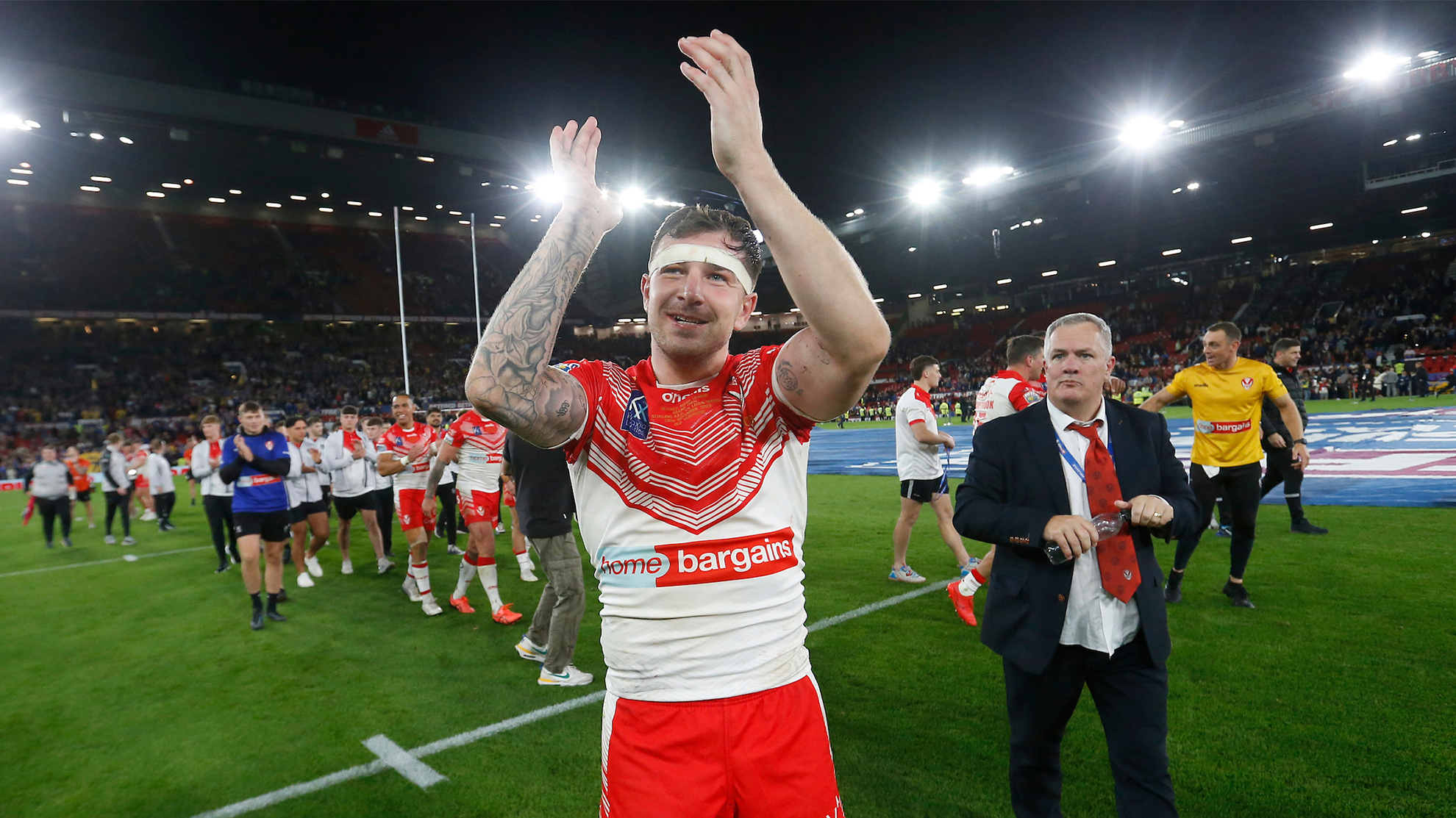 Every week we round up the biggest stories in international rugby league ahead of the biggest, best and most inclusive RLWC ever. This week, the Saints man making his case for international selection and teammate who is an England doubt.

"He said that I probably need to think about the club - but I really can’t repay them anymore that playing in grand finals for them and semi-finals. I feel that’s something I’ve done. Even if I have missed games over the years, I've played in some of the big ones."

So said England centre Mark Percival in response to St Helens coach Kristian Woolf's comments, reported by us three weeks ago about his availability for the World Cup.

Percival scored a try in Saints' 24-12 Super League grand final win over Leeds at Old Trafford on Saturday night. It was only his second game back from deep bone bruising around the knee and Woolf reckoned he needed to consider the club's loyalty towards him when deciding whether to play in the tournament.

But in the perennial club v country debate, Percival wants country to win.

"I'm hoping so," he said. "I've got scans, the plan was for scans now to see how it's progressing because it can come back.

"It's important to me because I've been in the squads over the last years and Wayne Bennett, I've not played under him. He didn’t seem to obviously, for whatever reason, want to play me.

"I’ve had this strive that I want to play for England, especially when the coach is interested in playing me. I've spoken to (Shaun Wane) and I want to get out there and play.

"But because I've had a disrupted season, there's some thinking to do. I might have looked OK out there tonight but ….

"I’ve got to be careful. I've had a lot of anti-inflams, a couple of painkillers going into the game which has helped me get through it.

"I feel ready to go. It's a decision I've got to make for the rest of my career but I’m looking forward to playing for England and it’s still on my mind now. I’ve got to speak to the specialist now and see what their ideas are."

Reflecting on his interrupted 2022, Percival said: "I played the first 15 (games) thinking I was going to get through the year quite well. It was a weird injury. It’s something the specialist wouldn’t let me play on until it was gone and that was advice I had to take.

Second tackle: Welsby confident Jonny Lomax will put his hand up for England

The St Helens half has been carrying a biceps injury all year and, as is the case with Percival, could be forgiven for sitting it out.

Lomax told reporters in the mixed zone on Saturday night that no decision has been made - but his team-mate Jack Welsby countered: "We forget that Jonny has had a bicep injury since round 11.

"The realistic thing to do if he’s got any concerns would be to get it re-conned but he’s not that type of person and I’m sure he’ll be putting his hand up to play for England.”

AFTER topsy-turvy year which started in Toulouse, took him to Australia and back to Featherstone, silky five-eighth Johnathon Ford has confirmed his intention to play for the Cook Islands.

"I've been all over the shop - I’m just finding my feet now," Ford said after Rovers' thrilling 32-28 Championship semi-final loss to Batley on Sunday.

"We’re not far from here. We're based in Middlesborough and we're playing a game out there against Tonga. Hopefully I'm involved. It will be good to get some fans and some people around that I know too, like my kids and my wife to come and watch and support me."

Ford has seven previous appearances for the Kukis, between 2009 and 2017.

"I was looking at going back this year for the mid-season Test that they did but my wife had a baby the week before or the week after.

"There’s a few of us: Tinirau Arona, he’s probably going to be involved. Dom Peyroux, there’s few of us that have been playing together since we were 20 years old. zane Tetevano … Dylan Napa."

Asked if Aussie superstar Valentine Holmes was going to make the switch, Ford said: "I don’t know - hopefully! It would be handy. It would be good for us to get some stars like that who know their way around the footy field."

Despite being 33, Ford won’t commit to it being his last World Cup, saying: "I'll ride til the wheels come off - I love playing footy."

ST Helens' Konrad Hurrell was brandishing a Tongan flag as a cape well into the night after Saints' Old Trafford triumph - but he says it wasn’t planned.

Hurrell was referring to funds raised for the Tongan Tsunami appeal.

"My family’s back home, they woke up early to watch the game. I got the win for them as well. I just wish my mum was here but hopefully she’s watching upstairs."

Hurrell said Mate Ma'a players were well aware of the financial assistance that has come from Merseyside.

"They’ve already been told, they’ve been told by (coach Kristian Woolf) Everyone knows what especially St Helens have done for Tonga. They will look after the boys when they come over.

"Wolfie’s picking the team next week. I’ll try to enjoy this without thinking about it but hopefully I’ll find a way to squeeze in there."

Will Hopoate said he was unsure if he’d be fit after battling a hamstring injury all year.

PAPUA New Guinea forward Rhys Martin will be clear to play all of PNG's World Cup fixtures after avoiding any disciplinary action after a lifting tackle in the grand final.

Speaking after the Grand Final, the Leeds Rhinos man was uncertain about whether he would face any action but was confident the tackle was safe.

"I have no idea …. I’ll wait and find out," Martin said. "I’m just confused about what’s going to happen. I think everyone is. We’ll see.

"What happens will happen. It wasn’t dangerous. It was a solid tackle. He wasn’t in a dangerous position so hopefully nothing for me."

France forward Gadwin Springer, meanwhile, was looking forward to ending a six-year exile from the national team after being named on the eve of his big match for Featherstone on Sunday.

"I am very happy to be part of the French squad - the last time I played for France was a long time ago," Springer said. "Two thousand and sixteen - it's been a while. I've had a few injuries, I missed the previous World Cup because of injury. But the body is feeling good.

Lebanon was the first full international side to play a World Cup warm-up this weekend, playing Emerging Italy at Sydney’s storied Lidcombe Oval and the Cedars came away with a hard fought 22-4 victory.

Eight capped players represented the Emerging Italy team with others bidding for including in the World Cup squad. Canterbury winger Jordi Mazzone is one of the players to have shone for the Italian team.

At Suncorp Stadium, venue for the 2017 World Cup final, the Australian Prime Minister's XIII took on its Papua New Guinea counterpart and the home side had a 64-14 win. The Aussies raced out to a big lead then weathered a Kumul comeback.