World in Waiting: Record-breaker can't play for Australia and England given boost ahead of Samoa clash 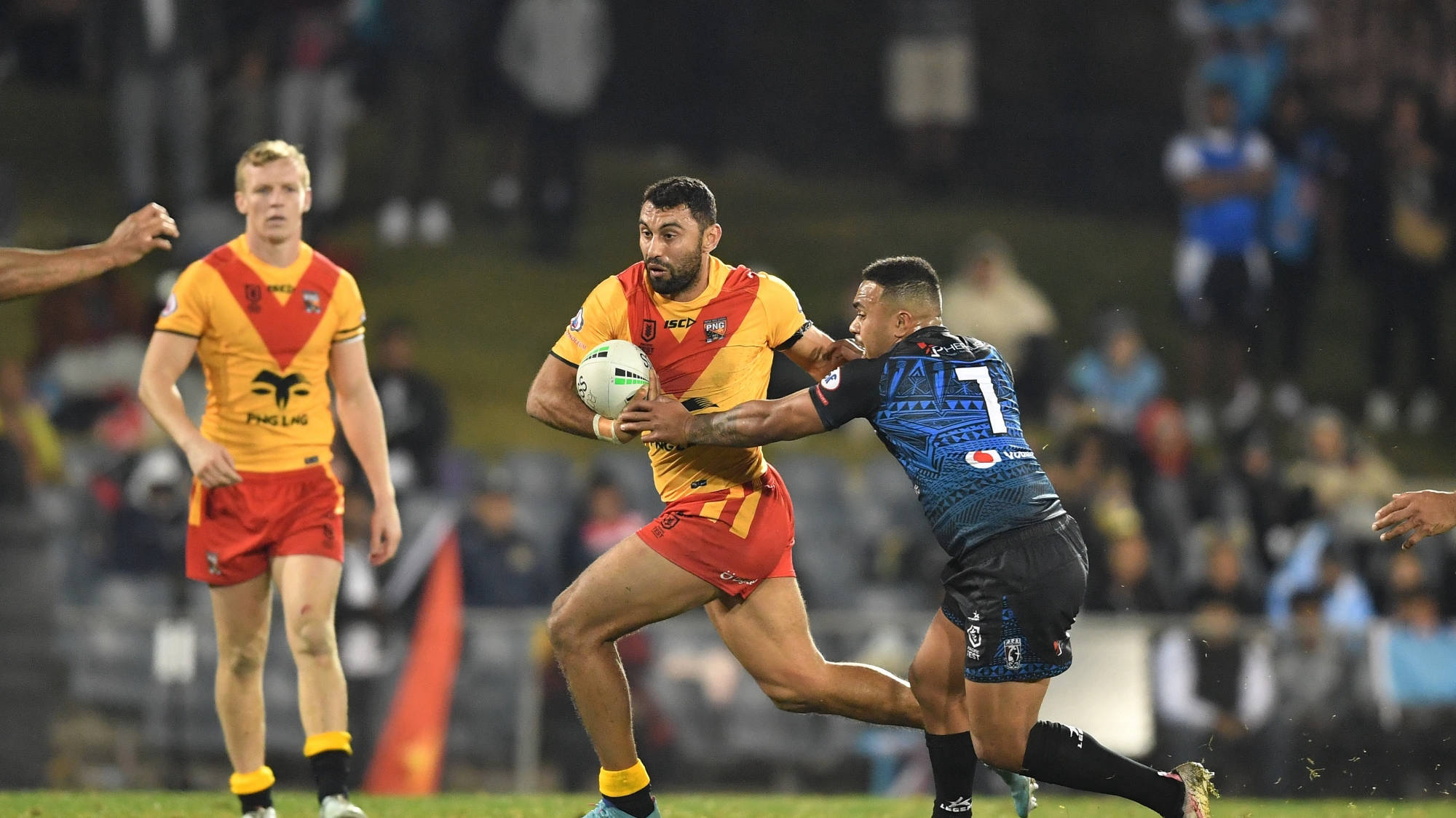 World in Waiting: Record-breaker can't play for Australia and England given boost ahead of Samoa clash

As RLWC2021 nears, every Monday we round-up the biggest stories in the international game. This week, a record breaking try scorer won't be eligible to play for Australia and another twist ahead of England v Samoa with one player back in the frame and one looking likely to miss out.

SPECULATION linking prolific South Sydney winger Alex Johnston to Australia for the World Cup is wide of the mark - he his barred by International Rugby League rules from playing for anyone but Papua New Guinea.

Johnston scored two tries in the Rabbitohsâ€™ elimination final win over Sydney Roosters at the weekend, making him the first player in Australasian premiership history to post 30 touchdowns in multiple seasons.

But no matter what he does over the next three weeks, he is not available to Australia coach Mal Meninga.

An IRL spokesman said: â€œUnder current IRL eligibility rules, updated in 2020, any player who has plays a senior international fixture, or is in the game day squad of 19 players, cannot then elect to represent another nation in the same calendar year."

Johnston played fullback for the Kumuls on June 25 at Campbelltown Stadium when they beat Fiji 24-14. He played the full 80 minutes, making eight tackle breaks and touching the ball 26 times.

RLWC tournament director Dean Hardman added: â€œWe told all nations about this before the mid-season Tests and and sent a graphic to all players via the RLPA.â€

BIG Dylan Napa is poised to return to the Cook Islands side after a nine-year absence.

The Catalans forward last turned out for the Kukis in the 2013 World Cup. He went on to have a distinguished international career in Australia, playing seven times for Queensland and twice for the Australian Prime Ministerâ€™s XIII.

Napaâ€™s club season ended on Friday when Catalans were eliminated by Leeds from the Super League race.

â€œHe is in our wider squad at present,â€ says Kukis coach Tony Iro, who added that North Queensland finals series hero Valentine Holmes had still not made a decision between Australia and the Cook Islands.

Newman (hamstring) was named in Leedsâ€™ extended squad for Fridayâ€™s elimination play-off against Catalans and although he didnâ€™t quite make the deadline, the 22-year-old is expected to figure on Friday against Wigan.

â€œIâ€™m 100 per cent going to be fit for that World Cup,â€ Newman told Sky Sports.

â€œ(Coach) Shaun Wane knows that. Iâ€™m going to do everything I can to get myself in there.â€

ON the flip side, Samoa hooker Danny Levi is in dire doubt for the tournament after he was forced off with an MCL knee injury in the 28-0 loss to Salford which ended the season of his Huddersfield side.

â€œHeâ€™s got plenty of time now, hasnâ€™t he, to get over it,â€ Huddersfield coach Ian Watson told Channel 4. â€œItâ€™s going to be really disappointing for him if he canâ€™t play in the World Cup.

â€œHeâ€™s had a good season. Itâ€™s been a big development kind of year for him.â€

TONGAâ€™s Southern Hemisphere-based players will arrive in London just over a day before the NRL grand final.

Any players involved in the showpiece will have to travel separately later in the week and will not play in the warm-up clash with France at Halifaxâ€™s Shay Stadium on October 8.

Coach Kristian Woolf will give his squad the weekend off to do some sightseeing in London, before the touring party transfers to the north and prepares for the clash with the French.

While thereâ€™ll be no training in London, there will be an engagement with the Tongan High Commission.

Coach Kristian Woolf expects Sione Katoa to be available despite a shoulder injury which curtailed his season at Cronulla.

Disciplinary decisions on both sides of the world on Monday are set to have a big impact on the menâ€™s World Cup.In Europe, Wales Gil Dudson (head-butting, three games) and Cook Islandsâ€™ Dylan Napa (high tackle, two matches) - both of Catalans - will leave their coaches in difficult positions to decide whether to pick them should they accept their penalties.

In the Southern Hemisphere, New Zealandâ€™s Jared Waerea-Hargreaves faces a three-game ban for a head slam. He would not be available until the quarter-finals. Englandâ€™s Tom Burgess has had a two-game suspension levelled at him, meaning one World Cup game missed if he accepts it and South Sydney are eliminated next weekend.