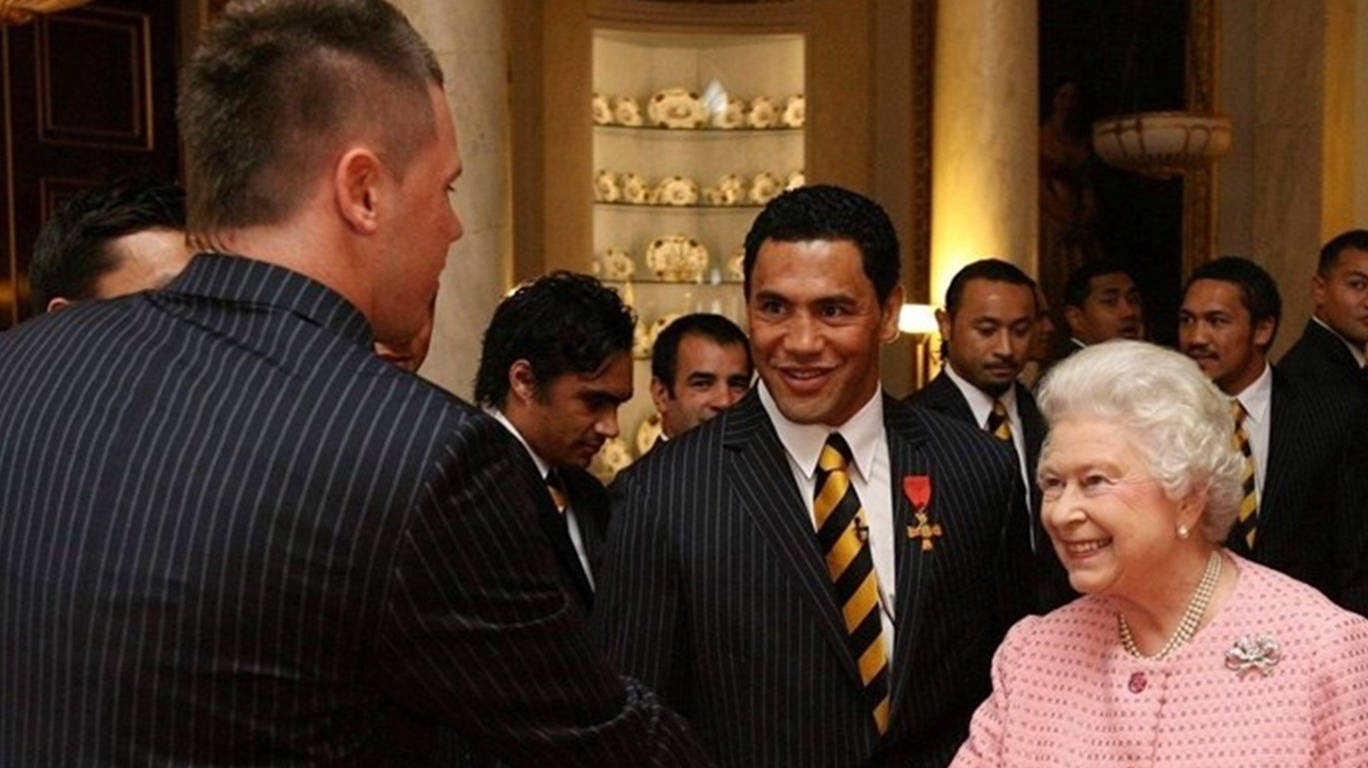 Queen Elizabeth IIâ€™s passing this week has brought back memories of the 2007 All Golds â€“ including several Vodafone Warriors legends â€“ visiting Buckingham Palace and becoming the first and only sporting team to perform the haka inside the hallowed walls.

The trip to the United Kingdom had been arranged to celebrate the 100th anniversary of the original All Goldsâ€™ tour in 1907 which gave birth to international rugby league.

The audience with the Queen had been made possible through the efforts of Jonathan Hunt, New Zealandâ€™s High Commissioner in London working with All Golds manager the late Malcolm Boyle.

Photo: All Golds perform a haka in Buckingham Palace (via Ruben Wiki)

Legendary Wayne Bennett, appointed to coach the All Golds, was joined by a number of New Zealand greats including Vodafone Warriors present and past in All Golds captain Ruben Wiki, Stacey Jones, Ali Lauitiiti, Nigel Vagana, Clinton Toopi and Awen Guttenbeil.

Also present was then Vodafone Warriors captain Steve Price, who had been chosen as the modern-day equivalent of Dally Messenger, the 1907 teamâ€™s Australian guest player.

After disembarking from the team bus inside the gates of Buckingham Palace, All Golds management, players and staff were ushered to the Bow Room for afternoon tea with the Queen and Prince Phillip.

The royal entrance was prefaced by an advance guard of the Queenâ€™s favourite Corgis barking in the hallway and rushing into the room keen to be patted by the visitors.

As captain, a nervous Wiki was assigned the task of introducing the players one by one to Her Majesty, who stopped to chat to groups of players and staff.

Wiki's introductions and the haka are captured in a blurry video still well worth watching.

The occasion was a rare opportunity in the royal spotlight for New Zealand rugby league, a visit not to be forgotten â€“ but it didnâ€™t end there.

Before departing the players removed their jackets and assembled in the Quadrangle downstairs where Wiki led a spirited haka to honour Queen Elizabeth and Prince Philip.

With the haka reverberating around the walls, palace staff gathered in force on stairways on either side of the Quadrangle to behold the sights and sounds of history being made.

When it was over the Queen led rapturous applause for the performance which had climaxed a lifetime experience unlikely to be repeated for those in attendance.

Being there in the Bow Room, meeting and chatting with the Queen, patting the Corgis and then witnessing the haka was in equal measure exhilarating, emotional and inspiring.

It was clear Her Majesty was suitably amused.