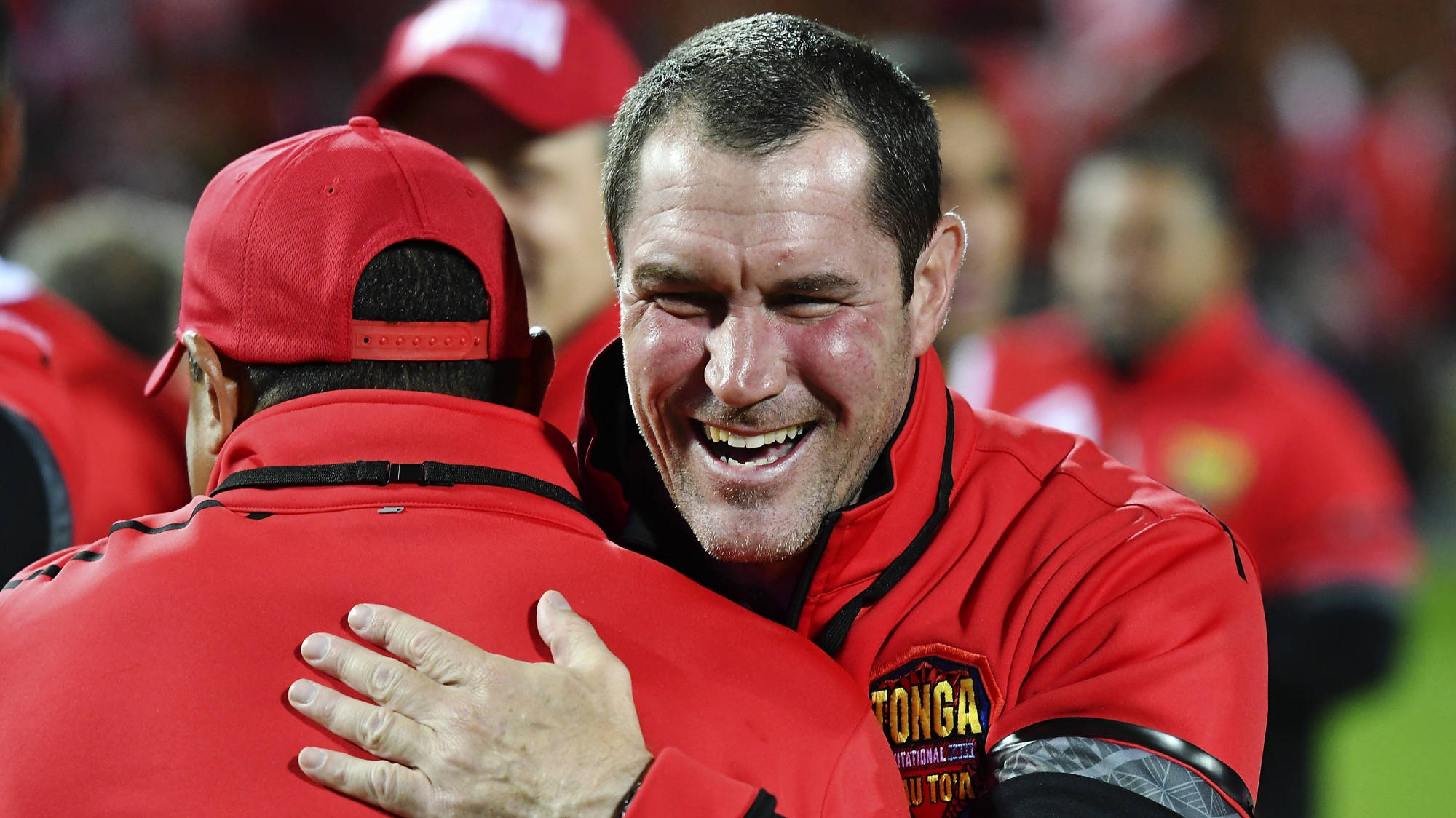 WE probably should have known which club Kristian Woolf was joining in 2023 when he named his stand-in as Tonga coach for the mid-season Test against New Zealand.

At a time when the St Helens bossâ€™ plans beyond this season remained under wraps, Woolf anointed Dolphins coach-in-waiting and all-time clipboard icon Wayne Bennett as the man who would take the reins at Mt Smart Stadium in June.

Two months later, Woolf was confirmed as assistant coach under Bennett at the NRLâ€™s newest club for its debut season next year. He will take over as the main man in 2025, making the next two weekends and the World Cup his farewell to an all-conquering stint in Northern Hemisphere rugby league.

â€œI canâ€™t remember, Iâ€™d be putting dates together …,â€ Woolf says when asked if had already agreed to join Bennett at Redcliffe when the Kiwis beat a young Mate Maâ€™a 26-6 on June 25.

None-the-less, the links between the Dolphins franchise and rugby leagueâ€™s most exciting emerging nation run deep, from the red strips of both to Bennett and Woolf and onto the media manager they share, Trad McLean.

â€œIâ€™ve had a bit of contact with Wayne last year and this year,â€ said Woolf.

â€œI was having conversations with Wayne about a number of different things and one of those was him assisting with Tonga.

â€œI asked him to give us a hand there when I knew I couldnâ€™t go back because ….  I knew heâ€™d do an outstanding job. I knew that his presence would be great for the group. When the (Dolphins) opportunity came up … and it was something we did speak about quite early in the year …  without there being any confirmation either way.

â€œIt was purely if I was interested in looking into that. Iâ€™ve got to give Wayne and Dolphins credit there. They were happy to be patient and happy to give me as much time as I needed.

â€œSuccess in the short termâ€ is also very much the focus for Mate Maâ€™a Tonga, who two years ago became the first and only new country to beat Australia during Queen Elizabethâ€™s entire reign.

Woolf is philosophical about the defeat under Bennett.

â€œWe had nine debutants, six blokes under 21,â€ he says as he prepares to take on Salford next weekend in a grand final qualifier.

â€œIt was a very young side. And we had blokes like Daniel Tupou, Siosifa Talakai, Felise Kaufusi, those kinds of guys playing Origin. You had guys like Tui Lolohea, Konrad Hurrell, David Fusituâ€™a over here couldnâ€™t go back.

â€œWill Hopoate … you put a number of those guys into the side and itâ€™s a very different game. Iâ€™m not saying that changes the result straight away but youâ€™ve got experience who know how to win those games, who know what Test match footy is about and know what it takes to beat the Kiwis.

â€œIt reminds me very much of 2019 (Oceania Cup), when we went to New Zealand and we were very much understrength, we had some guys out and we got a touch-up 34-14 by the Kiwis that day.

â€œWe learned a lot from that game and that gave us the basis of what we wanted to do better going in to play Great Britain and Australia at the end of the year.

â€œThatâ€™s what weâ€™ve got at the moment. Weâ€™ve got a number of things our senior guys can be better at. Weâ€™ve got some more senior players who will come in and help that team and some young guys who will really put their hand up to be part of a World Cup squad as well.

â€œYou put all that together and real focus of where we can be better and it puts us in a great position for the World Cup.â€

But Tongaâ€™s mid-season result has taken a bit of focus away from a side seen by many as a genuine Paul Barriere Trophy suitor. Instead, Matt Parishâ€™s Samoa are the focus of Pacific hype.

â€œTheyâ€™ve got some outstanding names in there and thatâ€™s on top of guys like Anthony Milford and Jadyn Suâ€™a and those kinds of guys who have been there for a while. That first game against England is going to be a cracker. I think everyone can look forward to it. Iâ€™m certainly going to look forward to watching it.

And with that, a glimpse of Woolfâ€™s striking quiet confidence. â€œWe donâ€™t have to worry too much about who might play for other nations,â€ he says.

â€œThe Tongan players want to play for Tonga and thatâ€™s a great position for us to be in.â€

Bennett, at 72, has confidence born of decades-long experience, of having done A, B and C to achieve X result dozens of times. Woolf is only 47 .. but not even Wayne Bennett can claim to have spearheaded the only new country to beat Australia during the Queenâ€™s reign.

â€œThe team weâ€™re going to put together for Tonga, thatâ€™s something to get excited about and look forward to because I think weâ€™ve got a squad thatâ€™s that thereâ€™s going to be very hard to beat,â€ he says.

â€œOur challenge is to reach our potential.â€

Spoken exactly like the only coach on earth who can have Wayne Bennett as his assistant.