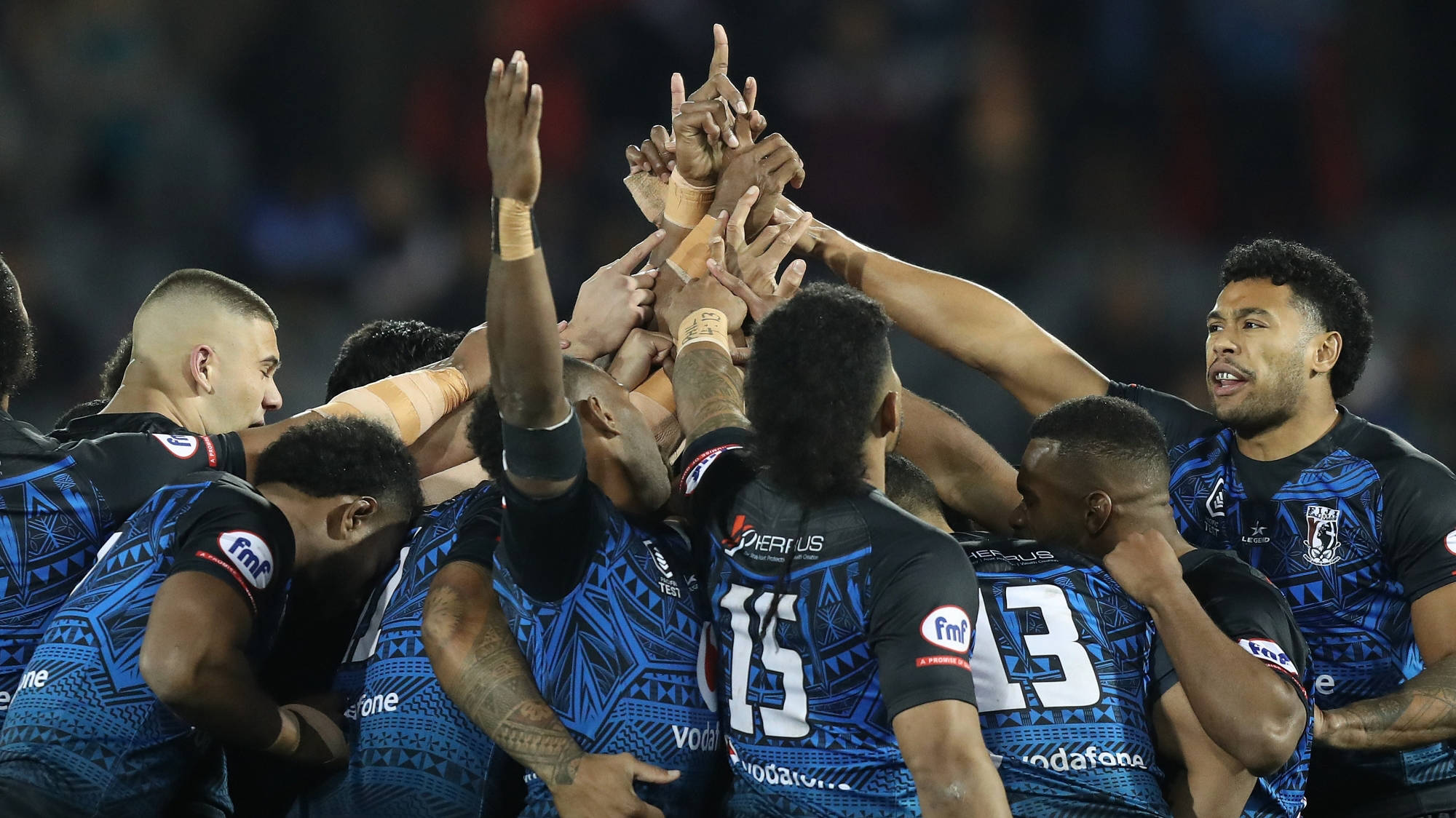 Coach Joe Rabele has taken the novel approach of naming seven more than the regulation 24-member list and then writing to players and asking their intentions.

The four Blues - Api Koroisau, Reagan Campbell-Gillard, Jacob Saifiti and Tariq Sims - will all be in contention for Australia while Newcastleâ€™s Daniel Saifiti said in July: â€œIâ€™m not going to play either way. I want to have a good preseason for the Knightsâ€.

Rebele has named Kevin Naiqama and Viliame Kikau as co-captains and his squad includes 17 NRL players.

Rabele told a media conference: â€œI know that he has some interest to play for the Kangaroos, but the door is still open for Api Koroisau," Rabele told a press conference in Fiji.

â€œIf they are not selected by Australia they are still available to come and play for Fiji.

â€œHopefully he will get back to me because we will send invitation letters to all the clubs for all the players that we select [to confirm] if they want to be part of this program, so we are waiting for them to respond.

â€œWe are departing for England on September 25 so before we depart we need to select our best team that we can for the World Cup."

Of the 33 players, 13 played in the 2017 World Cup. Hull prop Kane Evans has been ruled out with a knee injury. North Queenslandâ€™s Iosefo Masi has been dropped after returning to rugby union.

See Fiji in action at RLWC2021 as they play Australia, Italy and Scotland â€“ rlwc2021.com/tickets