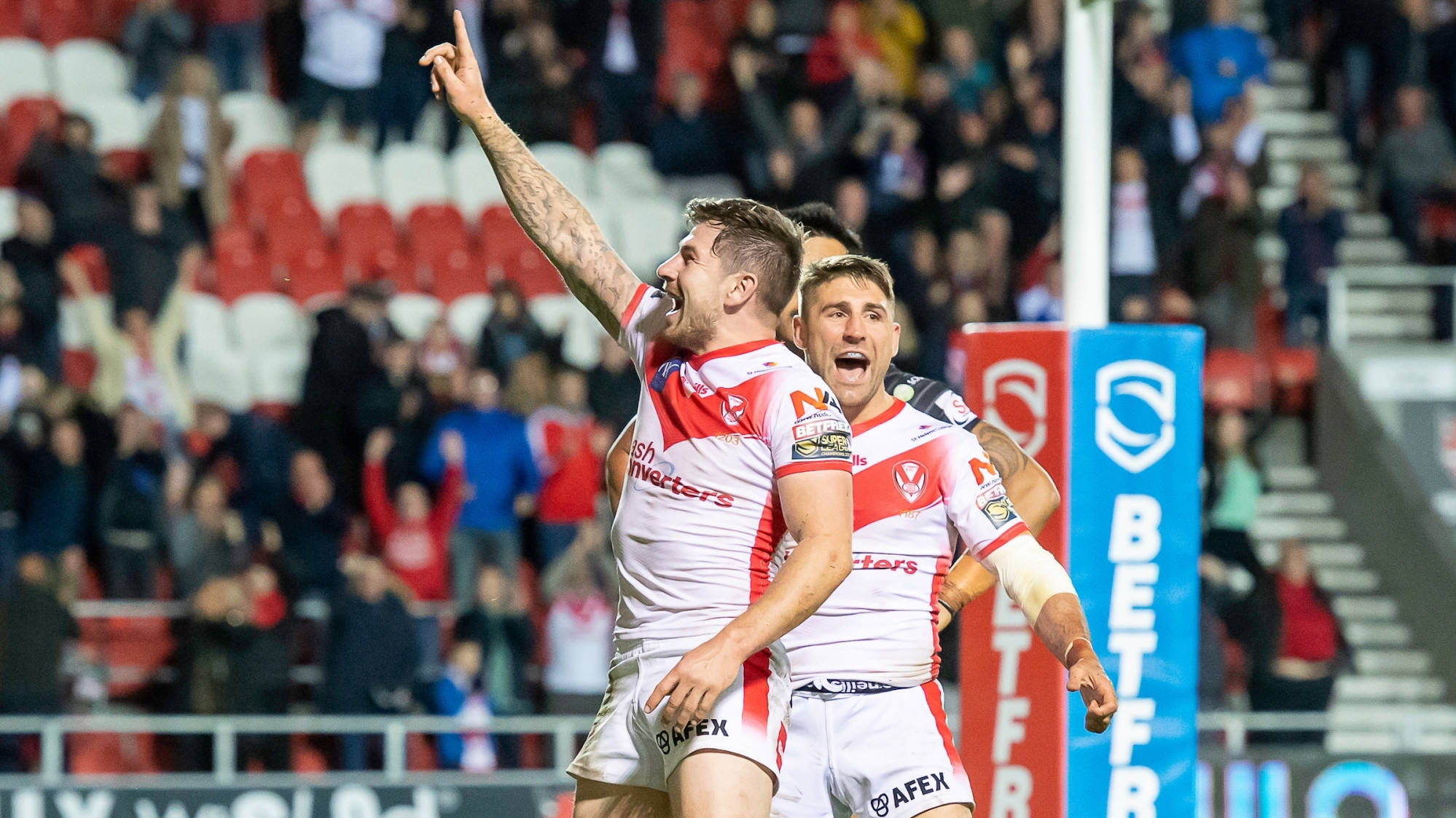 Every Monday we bring you the biggest stories in international rugby league as all eyes turn to RLWC2021. This week doubts over a big England name, the start of World Cup warm-ups and promising news for Joey Manu

A Super League play-offs comeback for Mark Percival does not guarantee his World Cup involvement, his club coach says.

St Helens centre Percival was the subject of reports over the weekend that he is out of Englandâ€™s campaign due to bone bruising around a knee.

Saints coach Kristian Woolf insists the 28-year-old is a good chance of being fit for Saints finals campaign over the coming weeks - but told us Percivalâ€™s World Cup availability was potentially a separate issue.

â€œIâ€™d have to have a chat to Mark and I havenâ€™t done that yet,â€ said Woolf.

â€œLook, Markâ€™s an outstanding player. Heâ€™s a world class player and heâ€™s a player that I think is everything good about English rugby league. Theyâ€™ve got so many good players over here and Iâ€™d love to see the England team get all those good players together and perform really well and do the competition credit.

â€œLast year he was out for significant periods and he finished the year with a knee problem that needed surgery. This year heâ€™s had a bone bruising that was going to be three or four weeks - itâ€™s ended up being 14, 15 weeks.

â€Heâ€™s had a tough number of years and if he was to make himself unavailable (for England), then Iâ€™d certainly understand why because at the end of the day he needs to make sure that heâ€™s paying back, I suppose, for what the contract that he deserves and earns … paying back the club a little bit.

â€œBut thatâ€™s not a discussion Iâ€™ve had with him yet. Itâ€™s one that Iâ€™ll have in the next week or two, I suppose.

â€œThereâ€™s a lot of things to look at. Heâ€™s still carrying an injury. Him playing in two weeks time doesnâ€™t mean heâ€™s out of the woods in terms of injury. What Iâ€™m saying is: thatâ€™s not a definite result in terms of him not playing in the World Cup but itâ€™s a discussion Iâ€™ll have to have with him at some stage.â€

Another huge injury doubt for England is Wigan back rower Liam Farrell (knee).

On Saturday, defending champions France took on a relatively new country in the discipline but a fellow World Cup combatant, Spain. The game was played at Fitou in the south of France and the home sideâ€™s experience made them too hot for the Spanish.

France ran out a 108-4 winner in a powerful message to other challengers awaiting in England.

Third tackle: Manu likely to be fit for the World Cup

Sydney Roosters star Joey Manu is likely out for the rest of the domestic season with a torn calf muscle.

But the injury is such that New Zealandâ€™s World Cup campaign is still well within his reach. Initial reports indicate he'll be available for the Kiwis.

Former Samoa and United States star Joseph Paulo said upon confirming his retirement over the weekend that Manu was the man who would make the most difference for Michael Maguire's men.

Yet another menâ€™s warm-up game has been announced, with Jamaica travelling to Workington on Friday night October 7.

Romeo Monteithâ€™s Reggae Warriors will meet the Cumbrian county side, with the game kicking off at 7.45pm.

There were worrying scenes for Jamaica yesterday at a World Cup venue, Doncasterâ€™s Eco Power Stadium.

Winger Jerome Yates, of London Skolars, had to be helped off by medics after suffering a leg injury against Doncaster, playing no further part in the match.

But Yates told us: â€œItâ€™s nothing more than a sprain. Iâ€™m struggling to put weight on it today but Iâ€™m confident itâ€™ll ease off tomorrow.. The physio said itâ€™s nothing serious.â€

Samoa will arrive in their host city Doncaster on October 4 to begin preparations for the menâ€™s World Cup. Theyâ€™ll be greeted by familiar faces in local residents and former Samoan internationals Misi Taulapapa and Fata Sini

Their host is former New Zealand international and CEO of Doncaster RLFC, Carl Hall, who said: â€œMatt Parish is going to be special guest, joining us at our presentation night with a few of the players - thatâ€™s on the seventh of October.

â€œTheyâ€™re coming to watch the Donny Rovers (soccer/football) on the eighth of October.â€œ

Hall tipped Samoa to hold an opposed session against Ireland. He said Doncaster were so thrilled with their World Cup involvement so far they would keep their legacy officer,  Martin Rowlands, on after the tournament in a bid to reanimate some local clubs that have become dormant in recent years.

Australiaâ€™s ambassador to Ireland, Gary Gray, visited St Brendanâ€™s School in Loughshinny outside Dublin last week and was pictured in a Wolfhouds jersey passing the ball to students.

Plenty of Aussie based players, led by Sydney Rooster Luke Keary, are planning to bolster the Irish side at the World Cup.