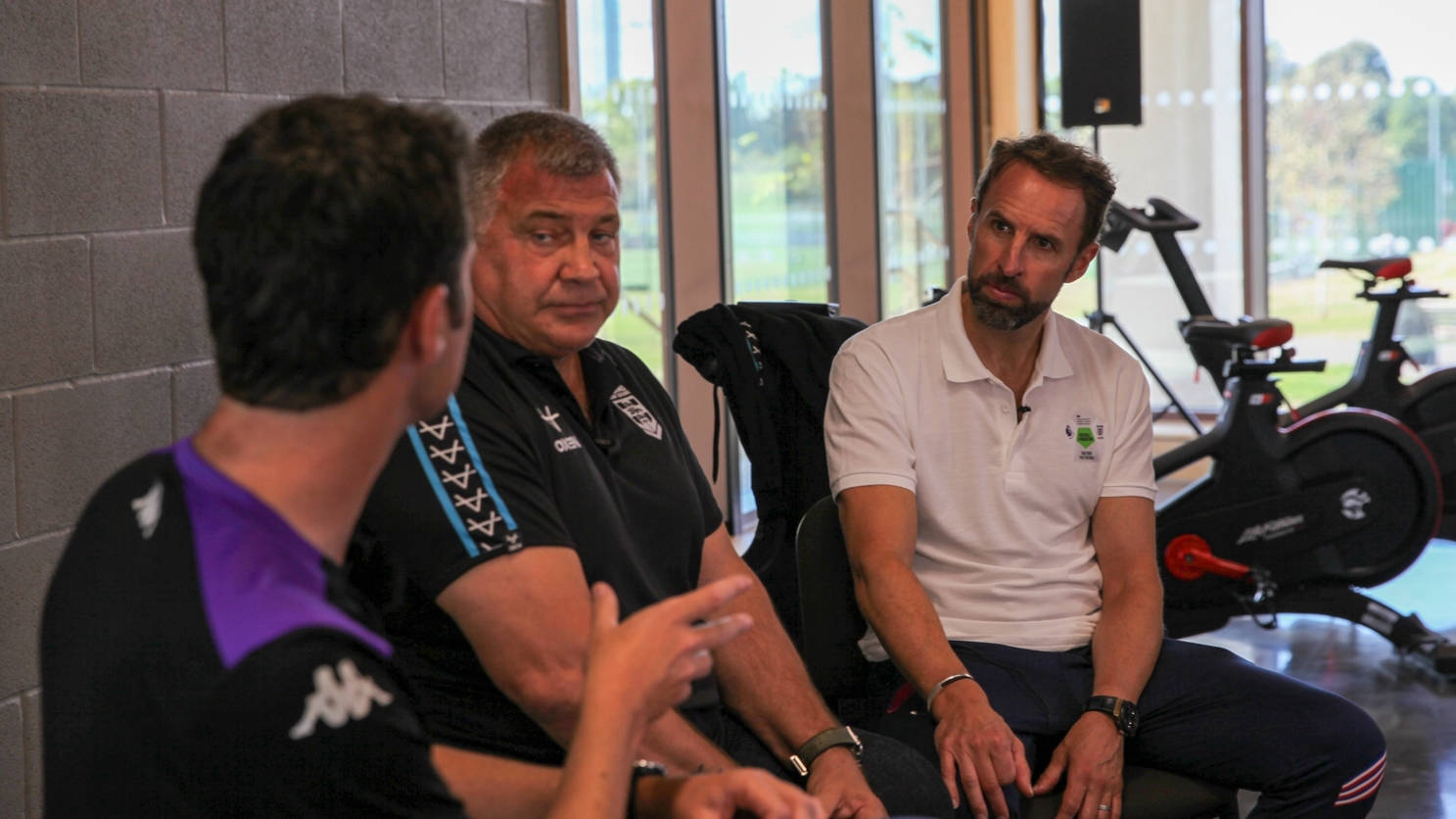 Hosted on the RLWC2021 website, the conversation explores how the two esteemed coaches came to meet, transitioning from club coach to international coach, and dealing with the pressure ahead of the two major tournaments happening back-to-back this autumn.

Southgate, who got in contact with Wane after hearing him speak on a podcast, has spoken to his counterpart on Zoom, as well as attending a England Rugby League training session.

During the conversation, he speaks of the challenges both he and Wane will face: â€œThe challenge he has got is incredible â€“ we would complain about how long we have to prepare â€“ but Shaun has got to pull all this together with a really limited preparation time.

â€œWe are similar in terms of going into Qatar â€“ weâ€™ve got just five days with the team before the first game so its one of the challenges for international sport to get your messages across really quickly and prioritizing the areas you really want to work on.â€

Wane spoke with equal admiration about Southgate. When reminiscing about when Southgate attended a training session, Wane said: â€œI learnt so much â€“ heâ€™s a talented guy and heâ€™s been through World Cups and Championships/tournaments where he has led our country, in our country â€“ so Iâ€™ve learnt a lot.â€

The two head coaches sat down at The Premier League, The FA and Governmentâ€™s Football Foundation multi-sport launch, which announced that by 2025, the charity plan to commit 40% of its investment, worth a projected Â£92 million into multi-sport projects that support both football and an additional sport, such as rugby, cricket, netball, and basketball.

Listen to the full interview where you get your podcasts.