With Frayssinous and Robinson, France has a couple of bona fide aces 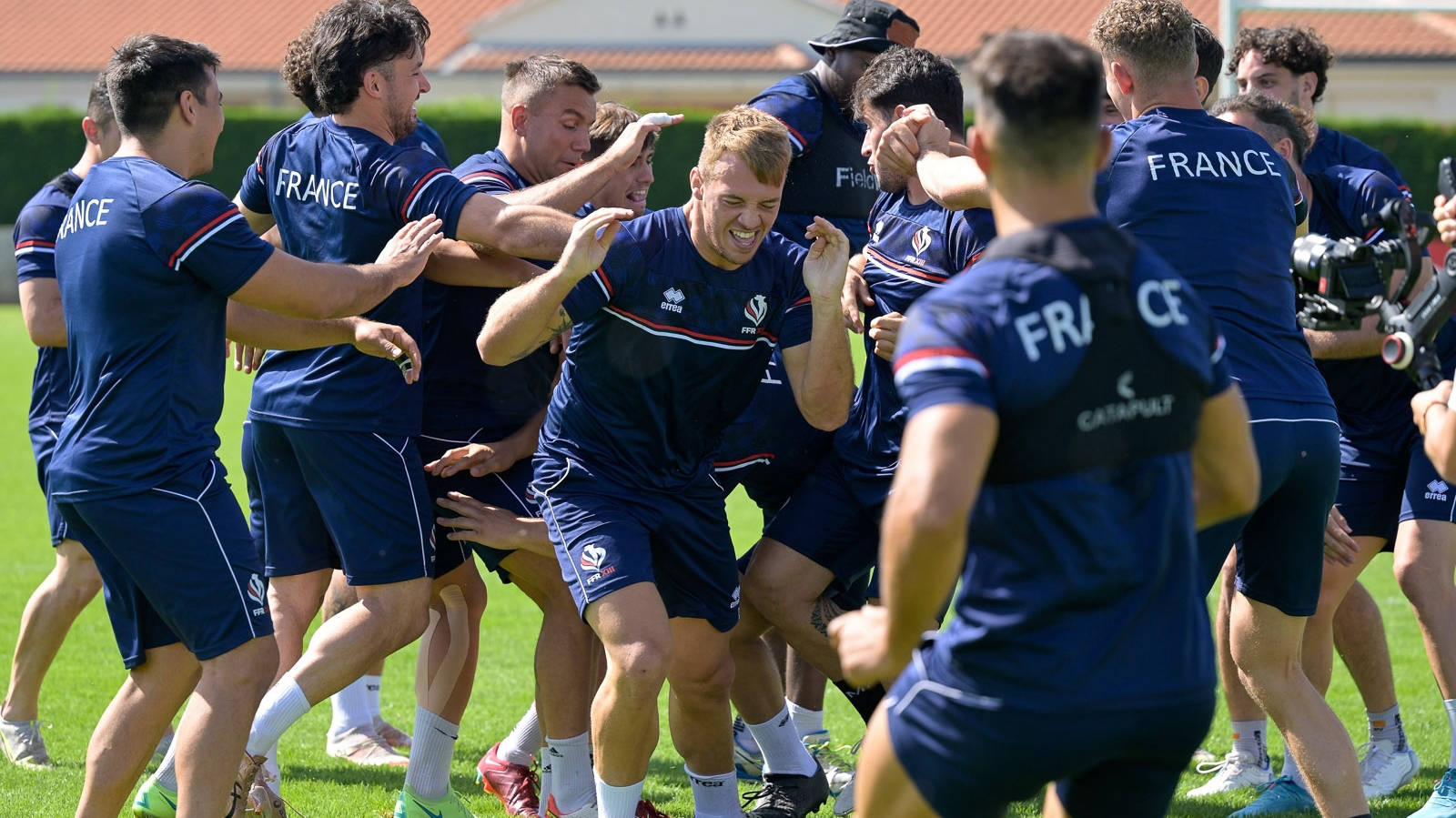 With Frayssinous and Robinson, France has a couple of bona fide aces

IF you are fortunate enough to have got out of the Pandemic without yourself or someone close to you suffering serious illness or worse, itâ€™s nevertheless extremely likely this once-in-a-lifetime upheaval impacted your circumstances profoundly.

Take Laurent Frayssinous; the coach planned to be in Ottawa, Canada, about now, wrapping up the Acesâ€™ first season in Britainâ€™s League One. As a bilingual former French Test star, he was the perfect candidate to head-up what was to be the sportâ€™s second trans-Atlantic club.

But the first, Toronto Wolfpack, didnâ€™t survive Covid-19.  With their passing, the Rugby Football League brought an end to its North American experiment - at least for now.

So instead of poutine and Labatts, itâ€™s croissants and vino rouge as Frayssinous is back in the south of France, preparing Les Bleus men for a World Cup in a tick under 50 daysâ€™ time.

â€œTo be honest, things happen for a reason,â€ Frayssinous, 45, says. â€œI was ready to move to Ottawa and spend more time in England as well. I was pretty excited with the plan that (Aces owner) Eric Perez put in place.

Frayssinous says he discussed the idea of following Perez to Cornwall but out of respect for the southern England expansion teamâ€™s coach Neil Kelly, doesnâ€™t want to discuss this in any great detail.

â€œIâ€™m pretty fortunate that the French Federation called me and wanted me for the job. Itâ€™s an exciting objective for me and the World Cup team to perform in the World Cup.

â€œSo Iâ€™ve focused on that for the last 15 months and also put a plan in place for the future of the French rugby league with the Under 17s and Under 19s, if we want a France B team against England Knights (we can do that).â€

Frayssinous was talking the day after Toulouseâ€™s relegation back to the British Championship was confirmed. The advent of two French Super League clubs was seen as a boon for Les Chanticleers - but for the time being itâ€™s a one-season wonder.

â€œItâ€™s sad for for French rugby league - simple as that,â€ he says.

â€œeveryone was excited to have two French teams in Super League. It was great for the French (national) team as well. You want the best French players to play at the highest level.

â€œBut if we focus on the short term, the World Cup in 2022, it will be very helpful that all these players have been playing in Super League.â€

Indeed, the French turned some heads last week when former Tonga star Samisoni Langi declared his availability for them on residency grounds, having been a long-serving player at Catalans.

â€œYou have to have played in France for five full years, the coach said. â€œIn the future players like Sam Tomkins and Michal McIlorum might be eligible but they are among the best players in the comp and theyâ€™ll be picked by England.

â€œAt the same time there is an exciting French generation coming through like Arthur Mourge, Mathieu Laguerre…. Our under 17s, they won twice this year against England, they won by 50. In September there is a European Cup under 19s, where there are also some good players.â€

Frayssinous wanted to have a camp in August but Toulouse were fighting for their lives and Catalans had slew of injuries. Instead heâ€™ll take his squad to the facilities of Bourdeux Begles rugby union club before flying to Halifax of the friendly against Tonga on October 8.

Joining the squad from Australia will be Sydney Roosters coach Trent Robinson, whom Frayssinous replaced at Catalans in 2013.

â€œHeâ€™s amazing. Heâ€™s the best coach in the world - or one of the best. I share with him a lot, whether itâ€™s the philosophy of the game or team culture…â€

Ottawa is but a memory but in Frayssinous and Robinson, France has a couple of bona fide aces.