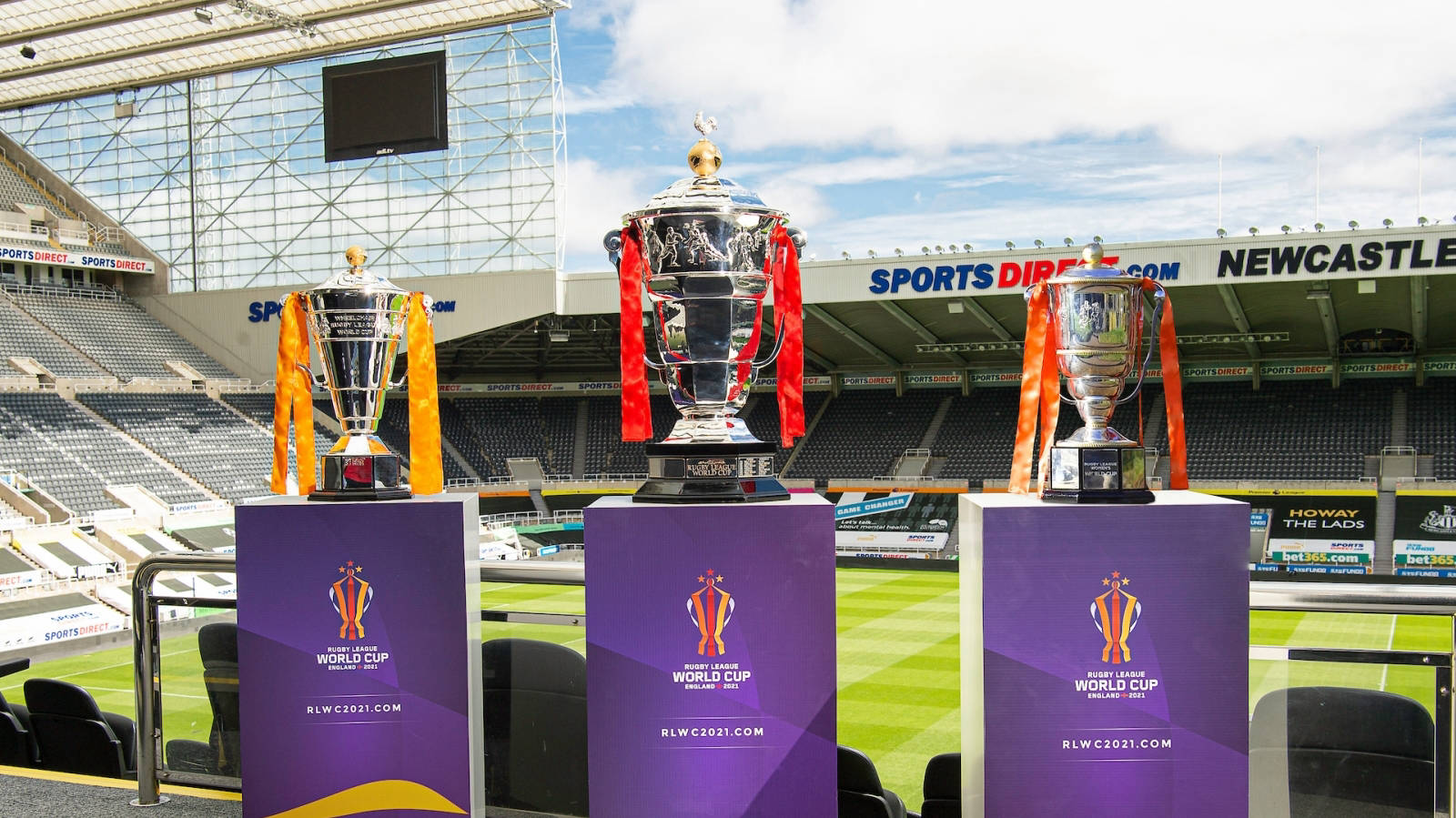 Rugby League World Cup 2021 is celebrating 50 days to go until the biggest, best and most inclusive tournament kicks off at St Jamesâ€™ Park as hosts England welcome Samoa men on 15 October.

The milestone has been marked today with organisers treating the people of Newcastle to a performance outside the famous Newcastle Theatre Royal by a selection of children from the RLWC2021 Dance Movement Group, which is part of the RLWC2021 Cultural Festival that was announced earlier this week.

The children took part in a multi-cultural performance of different music genres, which included a traditional Samoan Siva Tau, which will be performed by the national team prior to matches, including a packed-out St Jamesâ€™ Park at the tournamentâ€™s opening fixture.

â€œWe are very excited to be creating such a variety of activities in Newcastle, such as the Cultural Festival and the Fan Village, as we begin the final countdown to the tournament kicking off in the city on 15 October.

â€œWith just 50 days to go until the biggest, best and most inclusive Rugby League World Cup in history, we celebrated the tournaments unique cultural diversity with this performance in the heart of the city at such an iconic venue and I am calling on everyone with a passion for rugby league to get involved and become advocates for this tournament to help us make it the greatest tournament in the sportâ€™s 127-year history.

â€œTickets for all of the tournament fixtures are selling very well, with the tournament opener between England and Samoa on course to sell out and we are expecting a fantastic atmosphere at St Jamesâ€™ Parkâ€

50 days to go also marked the beginning of The National Lottery Trophies Tour which will see the tournamentâ€™s three trophies travel across the country visiting the host towns and cities which will play a crucial role in delivering all 61 matches before finishing back in Newcastle ahead of the opening game.

As well as visiting key venues and communities, The National Lottery Trophies Tour will also take in Super League, Championship and League One clubs and a variety of other exciting events throughout the 50 days and will visit Huddersfield, the birthplace of rugby league, on Monday 29 August to celebrate the sportâ€™s 127th birthday.

RLWC2021â€™s recently unveiled mascot, RugBee, was also a key figure on the day taking part in a photocall at the Newcastle Theatre Royal before heading down to another prominent Newcastle landmark, The Tyne Bridge, and venturing on a zipwire across the river. It was a typically industrious day for RugBee, who will be making their way around the country as part of the Trophies Tour before being a key part of every one of Rugby League World Cupâ€™s 61 matches.

As well as hosting the tournament opener at St Jamesâ€™ Park, there will be a fantastic atmosphere throughout the city on the opening weekend with the Official RLWC2021 Fan Village being set up on Newcastle Quayside on Friday 14th and Saturday 15th October.

Running from underneath the Tyne Bridge, through to the Gateshead Millennium Bridge, the RLWC2021 Fan Village will have a range of family-friendly activities, food and drink stalls, activations from RLWC2021 partners, music and big screens, plus a fireworks display on Saturday evening to complete the festivities.

â€œThe opening weekend of the tournament is set to be a true festival of rugby league and will provide real momentum for 61 matches which will culminate with all three finals being held in Manchester over the 18 and 19 November.

â€œWe saw with the Womenâ€™s Euroâ€™s how the country really got behind the tournament after Englandâ€™s women got off to such a great start and with all three of our England teams in with a great chance of progressing to their respective finals the tournament will only get more exciting as we build towards that finals weekend in Manchester.â€