Langi set for France switch ahead of RLWC2021 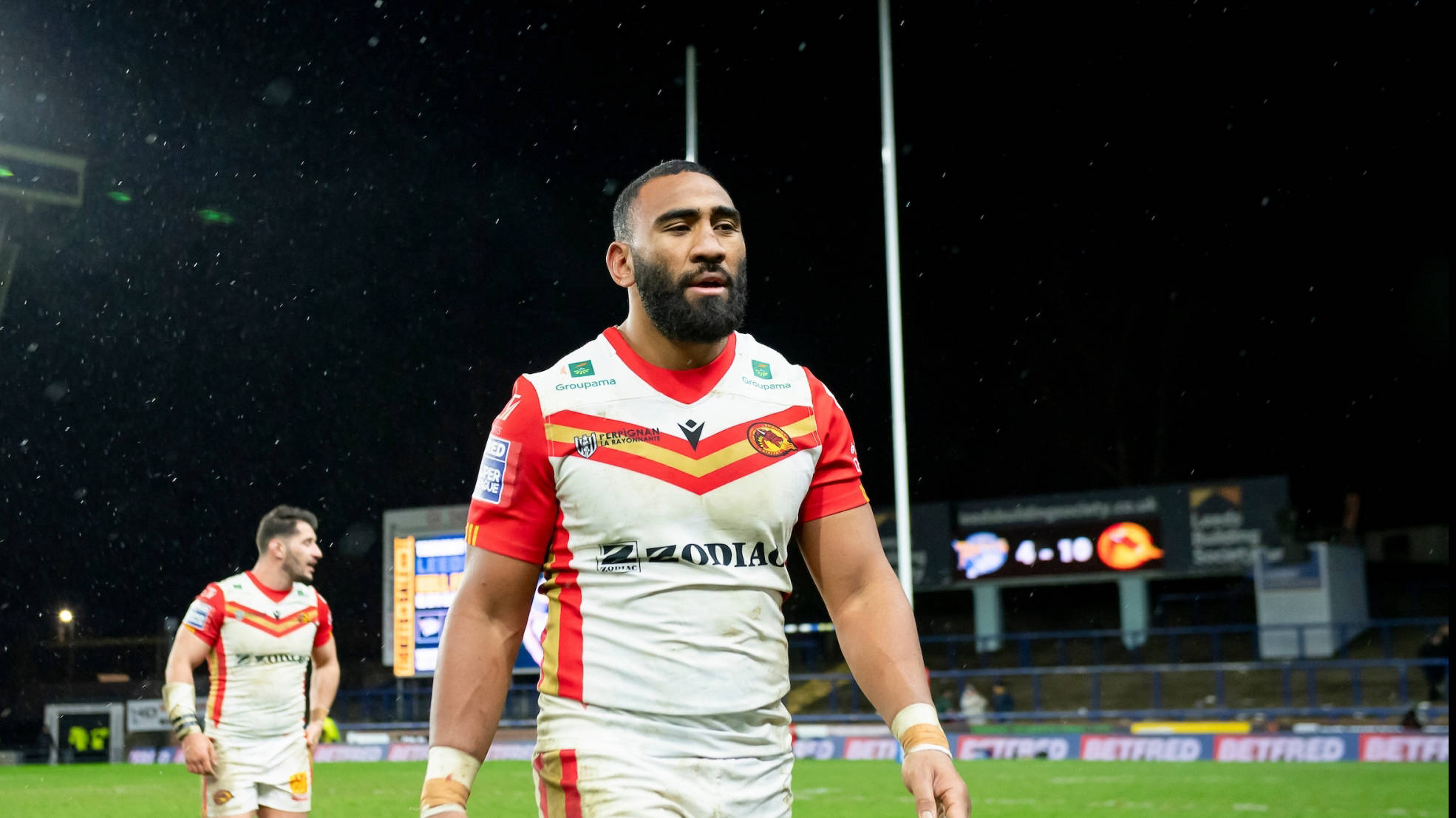 Langi set for France switch ahead of RLWC2021

Catalans centre Samisoni Langi is in line to pull on a French jersey for the first time against his former Mata Ma'a Tonga team-mates in an IRL World Cup warm-up match at Halifax on October 8.

Langi, who played seven Tests for Tonga and was a member of the Pacific nation's 2013 and 2017 World Cup squads, has swapped international allegiances after qualifying for France on residency grounds.

The Australian-born back, who began his career under FFRXIII director of rugby Trent Robinson at the Sydney Roosters, has played five seasons with Catalans since moving to the Super League in 2017 and will add invaluable experience to a young France team.

Under IRL eligibility rules, a player can only swap from one Tier Two nation to another Tier Two nation for which he or she qualifies once within a four year period, which commences from the date of any previous election.

Langi's last appearance for Tonga was in the 2016 Pacific Test against Samoa, in which he played halfback.

The 29-year-old did qualify for France's mid-season Test against Wales but he becomes eligible in October and coach Laurent Frayssinous has indicated that he wants Langi in his World Cup squad.

â€œI was speechless when Laurent Frayssinous taught me my eligibility to play in the France team," Langi told the French media. "Itâ€™s a real privilege and above all a great honour to be able to wear the blue, white and red. France has a special place in my heart."

As the 2025 World Cup hosts, France automatically qualify but Frayssinous and his coaching team, led by Robinson, have targeted a quarter-final berth at the upcoming tournament in England.

France open their World Cup campaign against Greece in Doncaster on October 17 before taking on the host nation, England, at Bolton on October 25 and Toa Samoa in Warrington on October 30.

Tonga, who made the semi-finals in 2017 and are the No.2 nation according to the IRL World Rankings, meet Papua New Guinea and Wales at St Helens on October 18 and 24 followed by a clash with Cook Islands in Middlesbrough on October 30.

The warm-up match will be the first time France and Tonga have met since 2006 when the Pacific nation triumphed 48-10 in Castres and is being promoted by NovoSports.

â€œWe have been in contact with Scott Clark the manager of Tonga and Kristian Woolf for more than a year for this pre-competition match," Frayssinous said.

"We are very happy to face the Tonga team which is one of the best teams in the world at the moment, very well trained by Kristian Woolf and his staff, and made up of the best players in the NRL.

"This confrontation will be a very good test which will make us progress in our preparation and in the quest for our objective because similar teams await us for the group matches.

"I thank the Halifax club for hosting such an event as well as Steve [Mascord] and Jimmy [Smith] from Novo Sports for the organisation.â€

Smith, the former NRL and Super League player, who is project CEO, said: â€œItâ€™s our privilege to bring the second-ranked team in the IRL to Halifax where they will meet the hosts of the next World Cup.

â€œWe know that the rugby league fans of the north will be thrilled by the power of Jason Taumalolo, the brute strength of Kotoni Staggs and the blistering speed of Tolutaâ€™u Koula.

"At the same time itâ€™s a new dawn for the French game with lots of familiar faces such as Theo Fages and the best of two Super League teams taking Les Bleus into this World Cup and â€“ most significantly â€“ one at home [in 2025].â€