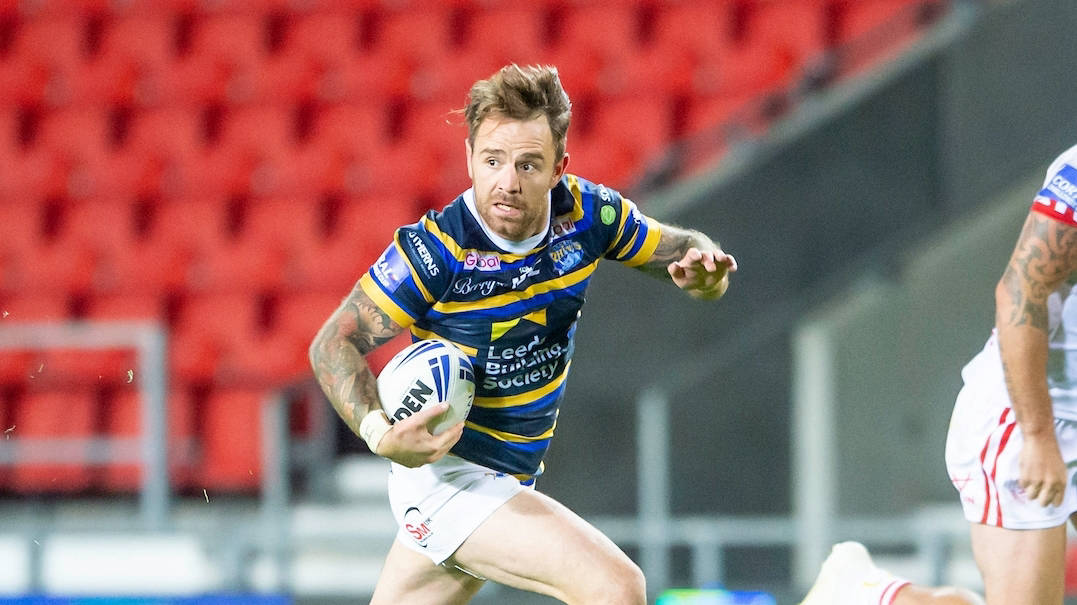 THERE has never been conscription in Ireland - but Joe Cannon must have felt intense pressure to join the Irish Guards as World War II intensified.

â€œHe skipped Ireland, basically, because he didnâ€™t want to go in the Guards,â€ Joeâ€™s grandson, Richie Myler, explains. â€œHe jumped on a boat, met my granny over here and never went back.â€

As young Myler climbed the ranks in rugby league, making his debut for Widnes in 2007 and representing England just a year later (earning seven caps, the most recent in 2018), Joe found out there was an Ireland team, too.

â€œHe always said he wanted me to play,â€ the 32-year-old, speaking after Friday nightâ€™s 28-20 win over Hull KR in which he scored two tries.

And so Myler is happy to confirm, for the first time, right here that he plans to play for Ged Corcoranâ€™s Wolfhounds - grouped with Jamaica, Lebanon and New Zealand - in the World Cup.

He does so by saying, unequivocably: â€œI really want to play in the World Cup. Ged was really open and honest in saying he wants to build something for this World Cup and the next one in 2025.

â€œI was going to play in the last World Cup and Iâ€™d just signed for Leeds and Brian McDermott was a bit like, â€˜weâ€™ll get you in for pre-seasonâ€™.

â€œI had to come back from Catalans, there was a lot of stuff going on so I pulled out of it.

â€œBut Gedâ€™s been really good and I said â€˜Iâ€™m keenâ€™. This World Cup and the 2025 (tournament), Iâ€™m hoping to build on that. He wants me to do some coaching stuff, with the development in Ireland and stuff. So Iâ€™m over the moon with it to be fair.

Myler attended a RLI camp at Rochdale a couple of months ago that wasnâ€™t exactly hush-hush … but they werenâ€™t shouting the guest list from the rooftops, either. Some names still arenâ€™t public.

When  Luke Keary was asked about a report here regarding his declaration for Ireland, the Sydney Roosters half dropped Mylerâ€™s name into the public domain for the first time.

â€œIâ€™ve watched him play for a long time,â€ Myler says of Keary. â€œI think heâ€™s a great player. He plays a similar style to what I like to play. Heâ€™s a very tough player.

â€œGed stressed the fact he doesnâ€™t want people chopping and changing and that was a big draw for me because with building into the 2025 World Cup … 35, that will be towards the back end of my career.

â€œThe next three or four years if we can build something, thatâ€™s his legacy and what he wants to do. â€œ

And Joe Cannonâ€™s legacy will be represented by Richie - just the way his asked it to be.

See Ireland take on New Zealand, Lebanon and Jamaica at RLWC2021 - get your ticket at rlwc2021.com/tickets