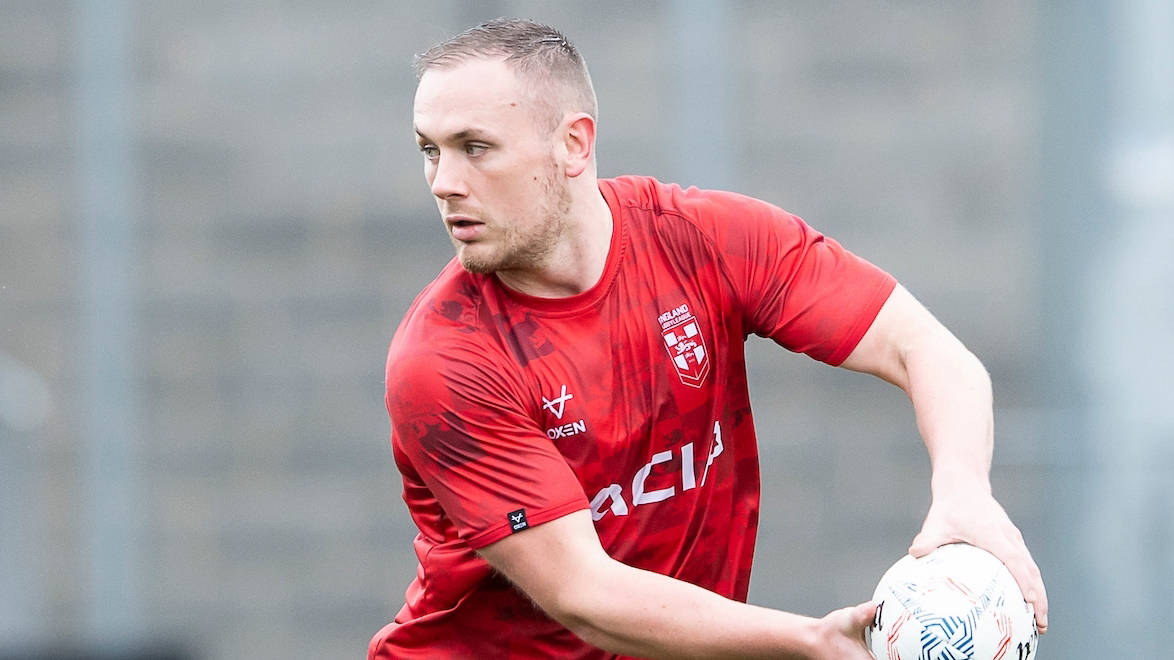 Every Monday we bring you a round-up of all the big international stories ahead of RLWC, this week featuring the battle to secure a Warrington back rower and the Huddersfield star still hopeful of an England return.

Who is the Northern Hemisphere player at the centre of the keenest tug oâ€™war between nations? Itâ€™s Warrington back rower Ben Currie, who is thought to be in the extended squads of both England and Ireland, each of which he has represented over the last two World Cups.

Which way will he go? â€œIâ€™m in the England squad,â€ said Currie when we asked him.

â€œIâ€™ve been lucky enough to play in two World Cups, one with Ireland and one with England. I played the Irish one when I was 18, so I was a young kid coming through and I got the chance to play on a World Cup.

â€œI played the 2017 World Cup for England and we made the World Cup final, and we got beaten by six, didnâ€™t we? Iâ€™ve been lucky to do both but Iâ€™m currently in the England squad and I think my eyes are on that.â€

That last sentence strongly suggests Currieâ€™s first preference is England - but heâ€™s not closing the door on the Wolfhounds, either.

â€œThe optionâ€™s there and weâ€™ve had conversations to see,â€ he said. â€œI said I didnâ€™t want to make a decision just yet. I said I want to focus on this (Super League) season, especially the way the seasonâ€™s been going, and see what happens at the end of the year.

Whoever he plays for, Currie plans to make the World Cup a family affair.

â€œItâ€™s obviously fantastic to represent a nation on a home ground - all your family can get out here and watch,â€ he said.

â€œI was lucky enough with the World Cup final in Oz, I managed to get mum and dad out there which was amazing.

â€œBut to get the whole family to games over in this country will be amazing.â€

Meet Dani Soares. Sheâ€™ll play second row for Brasil Amazonas in the womenâ€™s World Cup but that is perhaps the least interesting thing about her.

Dani (pictured) is a childhood psychologist specialising in autism and neurodiverse conditions.

In Maringa, she is a fulltime employee at The Project - where she gets kids into rugby league as a way of dealing with emotional, behavioural and communication issues.

Those who know about her very successful work call here Dani-Do-League. In Brazil, by the way, league is pronounced â€˜leeg-geeâ€™.

Huddersfieldâ€™s Chris McQueen says Victor Radleyâ€™s England declaration has given him some hope his World Cup dream is still alive.

â€œIâ€™ll put my hand up but I know that Shaun Wane isnâ€™t particularly fond of his Australian-born players,â€ the Lance Todd Trophy winner said at the weekend, â€œwhich is completely understandable.

â€œThere is obviously quite a lot of hype around (Radley) so if he is gonna get the call-up then that proves there is some hope for the blokes with the Aussie accent. Iâ€™m available.

â€œAt the moment my plan is to go back to Australia. I havenâ€™t made it back in the last two years. But if the phone rings, Iâ€™m going to answer that call.

â€œIâ€™m not planning to go until early October anyway.â€

McQueen has one appearance for England to his name - when he was with Gold Coast. Despite being a big success in the British game, he hasnâ€™t been widely touted for a second cap since relocating to Yorkshire.

â€œI donâ€™t think Iâ€™ve ever scored this many tries in a season,â€ he mused. â€œTo get so  close to victory in the Challenge Cup final and get that Lance Todd Trophy, it has been right up there with the 2014 season probably my best.â€

Scotland star Kane Linnett believes the Bravehearts can again qualify for the menâ€™s quarter-finals, as they did the last time the tournament was held in the Northern Hemisphere.

Scotland were eliminated by New Zealand at Headingley in 2013 and a similar campaign would be a success, according to the 33-year-old Hull KR centre or back rower.

â€œObviously it was a really good tournament for us,â€Linnett said. â€œWe got into the quarter-finals and we had a really strong team. It would be really hard to top that.

â€œIf we can get to the quarter-finals, it will be great.â€

In 2017, things went less swimmingly with Scotland finishing bottom of their group.

Linnett continued: â€œIâ€™ve had a few chats to Nathan (Graham), our coach, and heâ€™s trying to get a solid side together. Iâ€™m looking forward to playing. Hopefully the body pulls up good after the year and I can get into the World Cup and be part of it again.

â€œThereâ€™s a few players, I think, in the NRL who might put their hands up but Iâ€™ve - like I said - been trying to concentrate on club footy and hopefully Cootey (Hull KR club-mate Lachlan Coote) might be available too so that would be nice.

â€œI speak to him a bit (about it). I think heâ€™s pretty keen to play but obviously heâ€™s had a few concussions this year so heâ€™s just got to get that right before he puts his hand up.â€

Italy forward Daniel Alvaro is out of the menâ€™s World Cup.

â€œIâ€™m over here with just my wife and our little baby. Sheâ€™s not two yet and I donâ€™t want to leave them along in France for a month.

â€œIt wouldnâ€™t be fair to the team either because Iâ€™d just be thinking about them the whole time and not about footy. I let the Italian rugby league know a few weeks ago.

â€œItâ€™s a shame because I would really have liked to play but itâ€™s just the situation Iâ€™m in unfortunately.â€

Hot on the back of Junior Paulo throwing his lot in with Samoa men, the team has a new sponsor.

Paulo says he remains committed to NSW, adding: "I'm just as passionate about both jerseys. One's just a darker shade of blue and the other one's lighter."