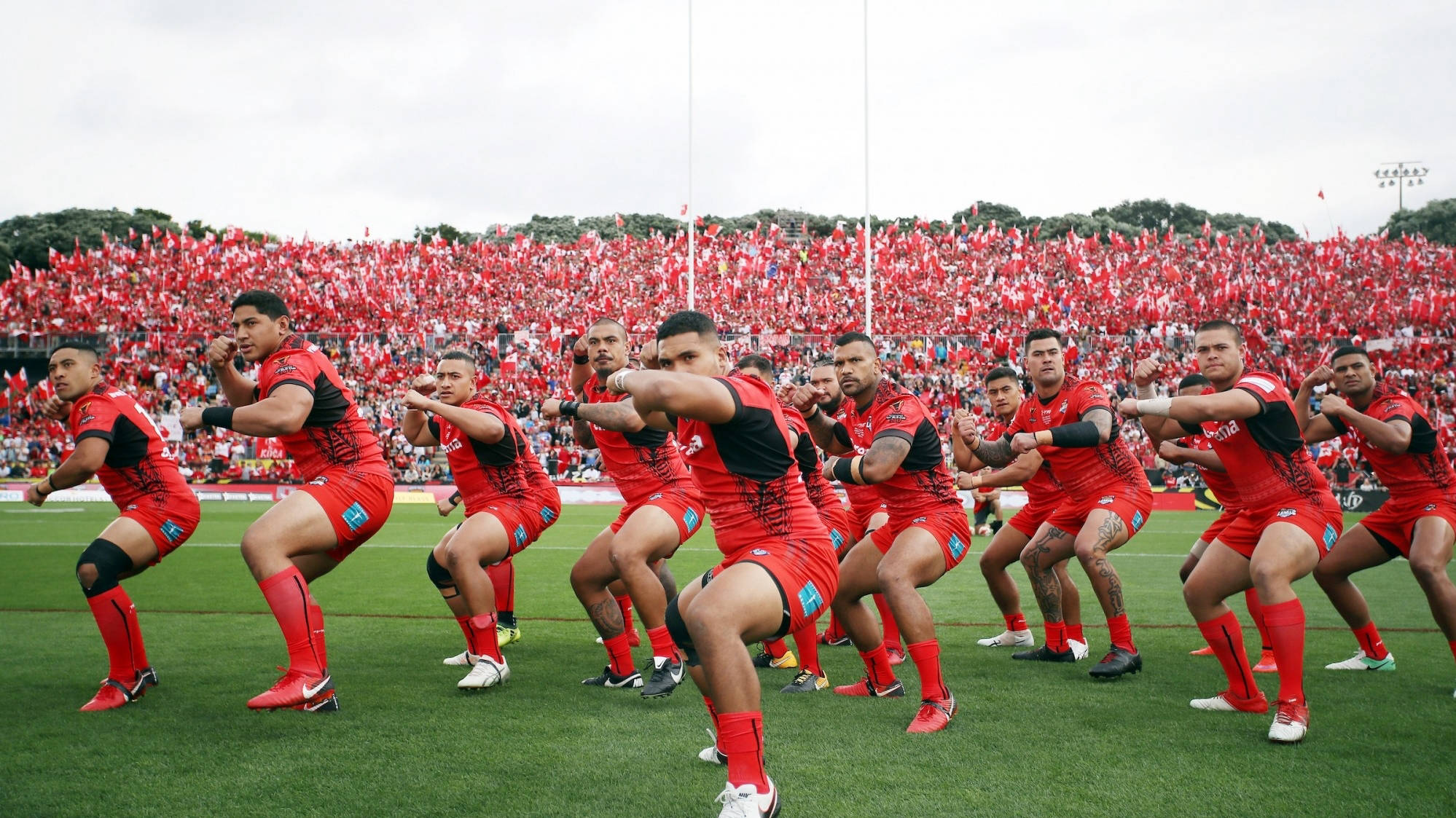 ENGLISH fans will get their first look at menâ€™s World Cup hotshots Tonga and 2025 hosts France when they collide at Halifax on October 8, it can now be revealed.

The Mate Maâ€™a and Les Chanticleers will play a warm-up match at the New Shay a week before the tournament-proper kicks off, with talks underway to add a womenâ€™s game to the programme.

Kristian Woolfâ€™s Tonga are ranked alongside the tournament favourites while under Laurent Frayssinous, France will have a new resolve following a training camp at home.

â€œItâ€™s our privilege to bring the second-ranked team in the IRL to Halifax where they will meet the hosts of the next World Cup,â€ said former NRL and Super League player Jimmy Smith, project CeO for event promoter NovoSports.

â€œWe know that the rugby league fans of the north will be thrilled by the power of Jason Taumalolo, the brute strength of Katoni Staggs and the blistering speed of Toluta'u Koula.

â€œAt the same time itâ€™s a new dawn for the French game with lots of familiar faces such as Theo Fages and the best of two Super League teams taking Les Bleus into this World Cup and - most significantly - one at home.â€

On October 7,  England and Fiji men will face off at AJ Bell Stadium while another game on October 8 pits Wales against Lebanon at Heywood Road in Sale.

Tonga will play Cook Islands, Wales and Papua New Guinea in the group stages of RLWC2021, with France playing England, Samoa and Greece. Tickets are available at rlwc2021.com/tickets